TAR:All Stars loses a family,@Midnight's Hashtag Wars and what lies in store for Don Draper on Mad Men's final season

The mother and son team of Margie and Luke are old hands at running The Amazing Race and this was their second time out in the All Stars league, so the crucial mistake they made during this latest leg is a bit of a puzzler.

There were only two flights to Sri Lanka,where all of the teams had to go next but only one was a direct route and instead of getting the other flight which had a Singapore connection, Margie insisted that they remain on standby for the first direct flight. That proved to be fatal to their chances as no last minute seating became available and they arrived too far behind the other teams to be anything other than the last ones at the Pit Stop.

The two of them have had their share of troubles along the way,with Luke occasionally melting down during difficult challenges,but clearly this experience has increased their familial bond which is just as important as winning the big money here. So sorry,Margie and Luke that this third time out wasn't a good luck charm for you yet take heart in the good memories you leave behind:

I have to admit that I never expected Comedy Central's late night series @Midnight to be a success when it first hit the airwaves but the show has become a must-see for mockery of the internet's awful glory.

While the pseudo-game show format tends to be free flowing at times, there are a standard set of segments that both the comedian guests and audience members look forward to such as Rapid Refresh( featuring current viral videos and memes) and the finale FTW(For The Win) but my favorite bit is Hashtag Wars, where the guests have sixty seconds to shoot off one liners for such topics as Bad Cereals, Drunk Films, Rejected Candy or most recently,Ruin A Children's Book:


Granted,the level of humor may not be to everyone's taste and the jokes do have a fair hit or miss ratio but if you're looking for some good cheap laughs,this is one stop shopping,folks. As the gang at MST3K would say, just repeat to yourself,"it's just a show, I really should relax" or you could always read a good book at that hour:

Mad Men begins it's seventh and final season on April 13,with many characters and plot lines to be tied up but the one that matters most to this series is the fate of Don Draper.

Last season, Don had pretty much imploded all the major aspects of his life;work, family and second marriage. While I came to this show late,it was easy to see that Don's biggest enemy was his former self,Dick Whitman.

Despite his success in making himself over ,the ghost of Dick Whitman haunted Don in a rather Edgar Allen Poe way as persistent yet unexpected reminders of that troubled past popped up over the years,beating like a tell tale heart. Even when he came clean with certain others who deserved to know(yes,that includes Betty), his hands were never cleansed of the guilt from killing off that part of his life. 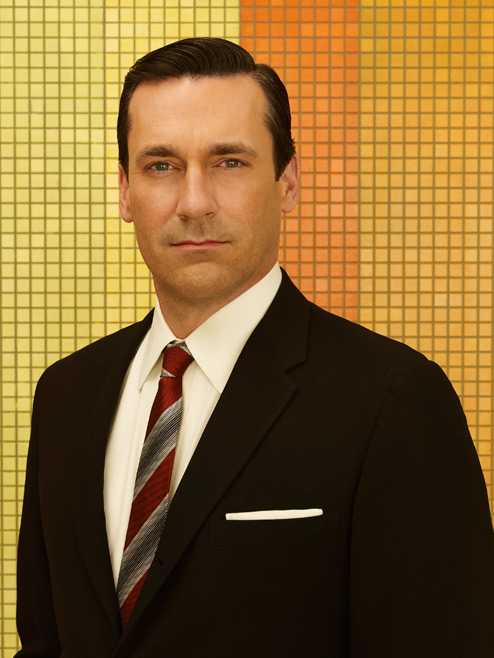 You could argue that the social changes during the show's time frame also reflects Don's inner turmoil over the changes in his small corner of the world. That's rather narcissistic but this is Don Draper we're talking about, a man who has some good intentions but tends to follow his bad inclinations with very little hesitation.

With a whole new realm of possibilities before him, Don could either sink or swim(another constant metaphor he's indulged in for awhile now) and while I also want to see how things will fare for the likes of Peggy,Joan and even that weasel Pete, Don Draper's story is the one that will define Mad Men when all is said and done. Hopefully, his journey will have a satisfying end and I think it will,since in many ways, Don is the most flexible character and the new era that's on the horizon can be his oyster if he plays his cards right:

GAME OF THRONES: The new season is inching ever so closer and while I won't give any book spoilers away, it's safe to say that the debt accrued by the Lannisters will be a devil of a bill to pay as karma starts charging interest on their loan of the Iron Throne: