Matthew Quick's new novel Love May Fail is told in four parts, beginning with it's most strong willed character Portia Kane who is seeking a new path to follow. She may not seem to be a steady sort at first, due to her anger not only from the break up of her marriage to Ken, a wealthy pornographer cheating on her with a younger woman, but the whole course of her life.

Portia was once a plucky young college student,determined to escape the grim fate of her hoarder mother, yet the pressures of that pursuit made her leave academia and her dreams of writing a novel.

By heading back to her home town in New Jersey, Portia reconnects with Danielle, a former high school classmate(who is now a single mom living with her brother) and her love of old school heavy metal,an interest that Danielle's ten year old also has with his impromptu performances at the local bar and his Uncle Chuck's old Quiet Riot mask as a nighttime protector: 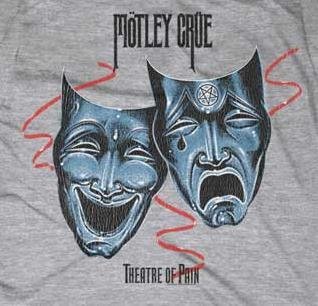 Portia also learns from Danielle what happened to their former English teacher Mr. Vernon,a man who inspired his students by his challenges to think outside the box by starting off with a pop quiz that included making paper airplanes and ending the year with Member of the Human Race I.D. cards.

Mr. Vernon's life lessons unfortunately sparked an unstable student to attack him with a bat during class, causing physical and emotional wounds that lead to him taking an early retirement.

Isolating himself from most of the world in Vermont, with only a one eyed poodle named Albert Camus(that shares his master's love of Yo-Yo Ma), Mr. Vernon's small corner of life is shattered before Portia arrives on the scene. Against his wishes, she is determined to revive that love of teaching within him and get him back in front of a classroom, one way or another:

Between Portia's zealous desire to help Mr. Vernon and his equally zealous desire to refuse any and all help, the clash of these two forces is mighty indeed. However, there are other forces at play here as an odd combination of coincidence and fate manages to reunite and revive more people than Portia and Mr. Vernon.

This is the third book that I've read by Matthew Quick and I have to say that man knows how to make quirk work. Reminiscent of John Irving and Carl Hiaason, Quick has the true knack for creating off beat characters that are both believable and not over the top with their traits.

While his lead characters do have a good number of flaws, their determination to overcome them either by embracing their unusual natures and/or learning to adjust them in order to connect with others is good old fashioned storytelling that comes across with well earned sincerity.

With this particular leading lady of LMF, Portia may be a stubborn soul who can get wrapped up in her own needs at times but she's also a whirlwind of fearsome energy that wants to use her powers for the benefit of others as well as herself, sort of a warrior woman inspired by both Gloria Steinem and Motley Crue:

Love May Fail, like the author's best known novel The Silver Linings Playbook, is set to become a movie and it should be interesting to see how that turns out. As of this writing, Sam Raimi seems to be on board to direct LMF, which is a fine choice indeed and I hope that works out for all concerned.

In the meanwhile, Love May Fail will be available in book form on June 16 and it should without a doubt be on top of your Must Reads for Summer 2015 pile. This heartfelt story of souls learning to soar again is one that uplifts without looking down on anyone, a lesson that other tellers of tales should take to heart(as well as take notes):