With the Fourth of July weekend heading our way, some serious summer reading is in order and yes, serious fun is definitely allowed. A good mix of sheer entertainment with smartly savvy subject matter makes for a most agreeable creative cocktail suited for any imaginative palate.

The books that I am highlighting for the months of July and August may not appear to be action packed fare but you should find at least a couple of them worthy of stimulating your entertainment senses. After all, even superheroes and action adventure types do need to take a break every now and then, so I wouldn't be surprised to see some of these upcoming titles in their hands:

THE SEASON OF THE FINCH: The most anticipated read of this summer is the rediscovery of Harper Lee's first novel, Go Set A Watchman, that follows an adult Scout back to her hometown of Maycomb as the civil rights movement is getting under way.

Revisiting these characters is a true delight for fans of the original book yet also sadly timely as well, due to the recent headlines regarding that subject that we've been seeing and experiencing this year.

Perhaps the finding of this thought to be lost forever manuscript was well timed in a way, as the lessons of To Kill A Mockingbird seem to be ripe for renewal(July 14):

LADIES ON THE EMOTIONAL MOVE: Author Lauren Baratz-Logsted showcases the true meaning of family ties in her upcoming novel,The Sisters Club, as the story revolves around four women who find the one thing they have in common is their troubling sibling relationships.

Diana first starts the group as a way to talk to someone about her marriage troubles as her own sister is literally an ocean away. She is joined by Cindy, Lise and Sylvia, who think they're joining a book club at first but their mutual connection forms as they all talk about their own sisters, some of whom are lost to chronic illness or just emotionally distant.

This may sound like a sad story but any tale that holds up the power of group support like this does offer a special brand of heartfelt joy that may be sorely needed now(August).

In The Woman Who Stole My Life, Marian Keyes introduces us to Stella Sweeney, a hairdresser recovering from a paralyzing illness who learns that her identity has been hijacked in a way.

Turns out her doctor has published a bestselling memoir about taking care of her, giving the public a very different idea of what Stella is truly like. While she struggles to straighten out the details of her real life and  see if this new version of her can help with that, Stella finds herself attracted to the one man she really should be angry with.

The novels of Marian Keyes do fit into beach reading fare but don't underestimate the clever nature of her heroines and the snappy attitudes they form while taking on personal challenges there(July): 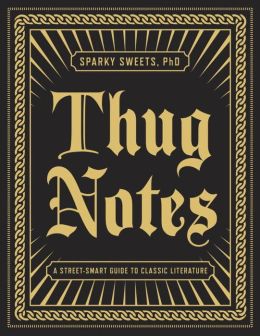 READING IS FUN-DAMENTAL: A good way to catch up on the classics is by taking Thug Notes with Professor Sparky Sweets, who offers up a street savvy twist on such titles as Hamlet, To Kill a Mockingbird and Pride & Prejudice.

Based on the popular web series, this book not only gives you a humorous breakdown of the plots,it also has witty insights into the themes of each work and thought provoking discussion on character motivation and symbolism. Yes, this is hilarious food for thought and a feast for the eyes as well with illustrations that capture the unique look of the videos.

The book will be out in time for back to schoolers and old school readers alike, so sign up for a course in Street Smart Scholarly Reading today! (August):

HARDCORE HEROINES OF HISTORY: A rising name in historical fiction these days is Paula McLain, who follows up on her well received novel The Paris Wife with a look at independent spirit Beryl Markham in Circling The Sun.

Markham was an adventurer and aviator, whose circle of friends in British controlled Kenya in the 1920s included Karen Blixen(who she fell into a love triangle with), and despite the dictates of society, went about her life pursuits with an open zest and flair.

While not an actual biography, McLain's novel should have a hearty enough blend of fact and fiction to supply a satisfying brew of story telling tea(July):

With her Cousin's War series complete, Philippa Gregory heads back into Tudor country with The Taming of the Queen, the lady in question being the final bride of Henry the Eighth.

Kateryn Parr knows the risks of being Henry's queen, particularly since her predecessor barely lasted sixteen months and the one before her less than half a year. However, she can not refuse to marry him under true pain of death.

She does hope to use her new found position of power to help the Protestants, who are persecuted by the old guard power brokers. That comes with an even greater risk as a charge of heresy could easily lead to being burned at the stake. Kateryn must learn how to delicately make her way upon this treacherous ground without losing her determination to do what she believes is right.

Gregory is at her best when taking up her pen about the Tudors and this new addition to her body of work ought to be engagingly good(August):

AN UNLIKELY PARTNERSHIP: In Lissa Evans' Crooked Heart, a pair of mismatched schemers find a way to make things work out for them in the turbulent days of WWII London.

Ten year old Noel is placed with widow Vera, due to his grandmother Mattie no longer being able to care for him. Vera is willing to have him, as his limping gait could be useful in promoting her schemes to bilk as much charity money as possible from folks eager to aid war victims.

Noel, however, is no easy mark and is only willing to help if he is taken on as an equal partner. Vera resists but soon sees that the boy's ideas are pure gold and their profit margin grows. When an even more dangerous band of exploiters threaten their ill gotten gains, Noel and Vera must form an even stronger front to protect what little they do have.

This dark comedy is already being compared to the modern classic Paper Moon and if it's as half as smart and lively as that movie, we have a real literary treat in store for us this summer(July):


I hope everyone has a happy Independence Day and an agreeable summer, with plenty of time in the shade to enjoy a good book or two. There will be plenty of viable options for entertainment as the heat moves in but selecting just the right amount of relaxing reads should keep your TBR from becoming a riot of books: