The perils of Poldark,Food Network Star has a seasonal celebration and Extant ups their season 2 game

We're only two episodes into Poldark and already, there's a lot going on. As Ross works on raising enough capitol to reopen his family's copper mine, his cousin Verity is having a romantic storm front to deal with.

She happens to fall in love with Captain Blamey, a man with a troubled past(who was honorable enough to inform Verity of that himself) and both her father and brother Francis are dead set against it. Mainly, in my opinion, due to her father's determination that she be a stay-at-home spinster who doesn't need to "go gadding about". 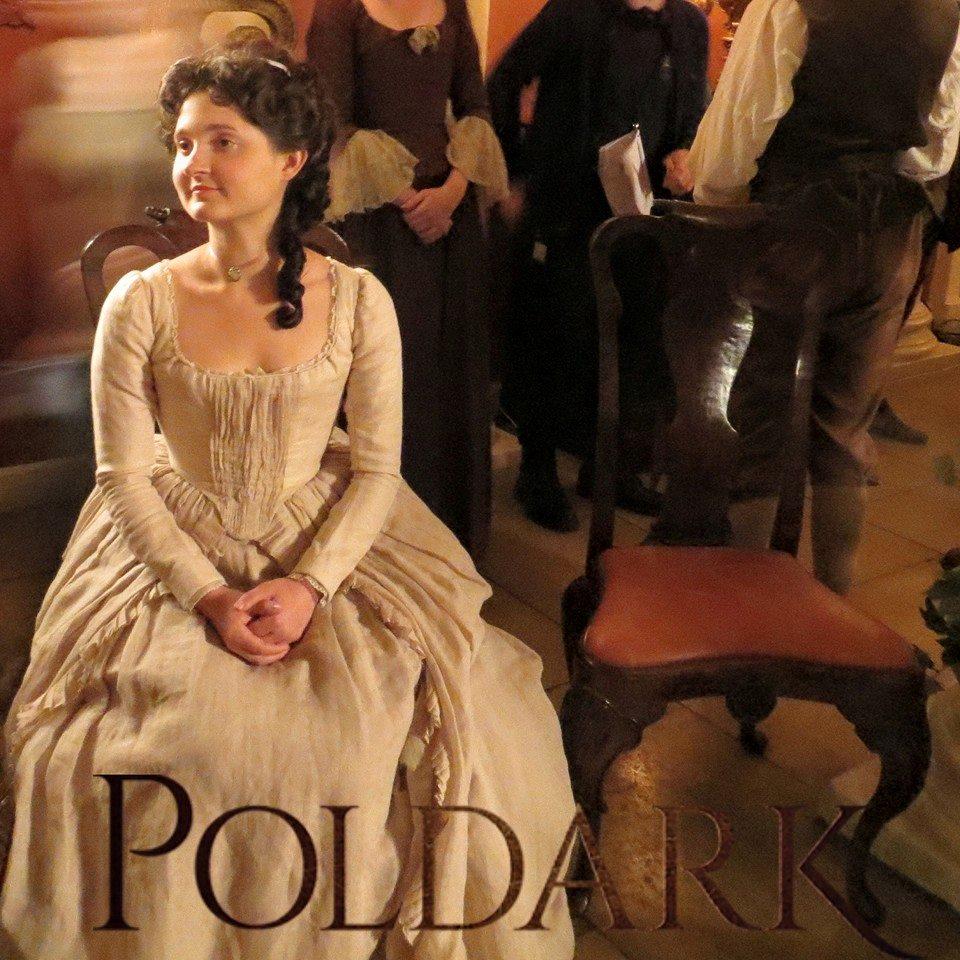 Ross does what he can to help but the whole thing ends in a duel which kills no one but the relationship becomes as dead as a doornail. *Sigh* Poor Verity! I really like her and hope that this isn't the only chance at love she receives here.

Meanwhile, Ross did manage to obtain a few financial backers but the poisonous influence of George Warleggan(especially on Francis, who is really turning into quite the jerk) might make that enterprise extra difficult to pull off.

With the next episode, we should see a little more of Demelza and Ross as the sparks between them began to fly a bit more faster. Elizabeth needs to stop hovering over that potential romance,if she's serious about setting up a stable marriage with her upcoming child, that is:

The contenders on Food Network Star had another team challenge, this time in groups of three(red,white and blue) for a Fourth of July picnic to be presented and served to a hungry crowd.

The big catch was that each team had to swap groceries with another, forcing all of them to deal with ingredients that they had not chosen. The results were hit or miss but the major test here was in the group presentation.

The audience not only had "dials of doom" to display their like or dislike of each person's pitch, they also were given one token to select one of the team's dishes to eat. The Blue team barely managed to get the win over the White team but both were safe from Elimination.

That left the Red team and Rosa was sent packing, due to doubts about her cooking skills. Fortunately she does have a chance to return in Star Salvation but alas, so does the horrible hashtag boy,Matthew! Let's all hope he ultimately goes home as any one of the eliminated thus far are more worthy of a second shot at this game:

Extant started off their second season with a bang, as Molly Woods faces a whole new set of shocking surprises. After making nice with the government and having Ethan, her robot son who saved the world, revived, a security squad swoops in to claim him as a "national threat."

Then, her husband is killed in an "accident"(which won't make anyone want to ride in a computer controlled car anytime soon) and Molly winds up in an asylum.

Upon learning about a series of mysterious deaths that may be at the doing of her half alien invader son, she breaks out and finds herself with a new ally, a bounty hunter named JD Richter(Jeffrey Dean Morgan) who has been assigned to the case.

I have to say that this new approach to the show is certainly refreshing and while I was one of the few that didn't mind the slower pace of season one, the quicker jump to action for S2 is much appreciated. Not to mention the chemistry between Halle Berry and Jeffrey Dean Morgan is fast acting indeed. Yes, folks , Extant is ready to give us a wild ride this summer, so all aboard!:

ANOTHER PERIOD: Comedy Central's new series takes a twisted look at shows like Downton Abbey and while it may not be everyone's cup of tea, it's certainly worth a viewing or two. Any show that starts off it's run with a Helen Keller cocaine wine brawl is definitely not playing a safe hand of humorous cards: