Feeling better when I'm dancing with The Peanuts Movie

There's been some hectic times on my personal home front lately, due to family illness, so as a much needed breather my sister and I went to see The Peanuts Movie the other day. Yes, technically we're too old for this but then again, I really don't think that you can ever be too grown-up for the simple sweet joys of Charlie Brown and friends.

The movie itself is charming, with a blend of new technology and nods to the classic animated style many of us grew up with when watching Peanuts specials(those winks come in the form of thought balloons, another nice touch to the comic strips origins of the characters).

While the story does tip it's hat to classic Charlie Brown moments such as the ice skating opener from the Christmas show to Lucy's football shenanigans, the plot is well structured and holds up under it's own merits.

The main story line has Charlie Brown doing his best to impress the new kid in town, a certain little red haired girl as well as a fun subplot about Snoopy's literary adventures facing off against the Red Baron(and finding a little amour with a French poodle along the way).

There are a few original touches, such as Pigpen having an admirer of his own who doesn't mind his grimy state, Lucy freaking out over the possibility of being wrong about Charlie Brown's social status and Sally using some newfound fame given to her big brother to make some merchandising money. It's all in theme with the characters and plays out rather nicely, something that I think the adults seeing the movie will appreciate a bit more than the kids but it's a good enhancement nonetheless.

A big section of the movie has Charlie Brown learning some dance moves to impress the object of his affections, which inspired me to pull together a few other dance related Peanuts clips from TV specials past.

The most iconic dancing sequence in Peanuts history is the Christmas play rehearsal number, where Schroeder's piano playing sets a lively tune for the others to show off their particular set of moves(why Shermy likes that Frankenstein arm stance, I'll never know yet it's good weird fun to watch): Another winter holiday special has Peppermint Patty leading the gang in a round of musical chairs, with her and "Chuck" being the last ones standing,so to speak.

I'm not quite sure this counts as a a dance but since this scene does have music motivated motion, that ought to be good enough. The song that Peppermint Patty sings here is mildly memorable at best yet it's her dance-off with Charlie Brown that makes the scene worth watching:

The best dancer in the Peanuts gang is Snoopy, whose classic free-form style has countless imitators and admirers the world over. His sheer joy combined with confident moves is a delight to behold.

We go back to the Christmas special to check out an early demonstration of  this bouncy beagle's slow tempo that picks up the beat at just the right moments, with his talents sadly being wasted on Lucy and Schroeder.

I don't know if anyone has ever dared to do the Snoopy dance on either Dancing with the Stars or So You Think You Can Dance, but that would be a sign of true potential if one contender was brave enough to try it out: 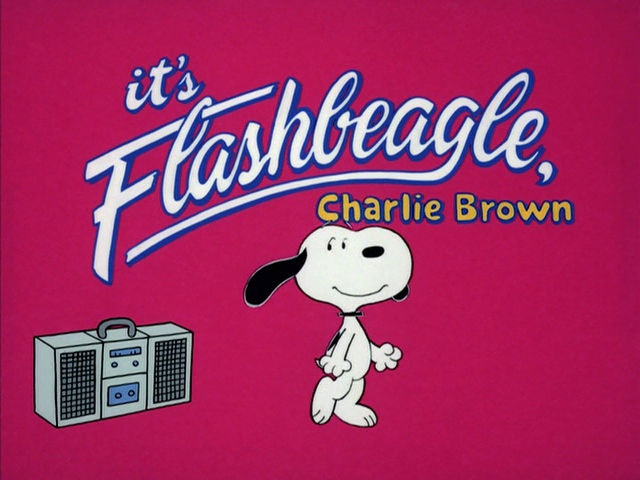 Alas, Snoopy was not immune to trends and during the eighties, we did get Flashbeagle, in which our favorite cartoon dog donned a headband and leg warmers to strut his stuff at the local disco.

It's not the best Peanuts special out there(and not the worst by far) however, it is best known as the first one to have full bodied adults present and Snoopy gets a special theme song to suit his new party persona: 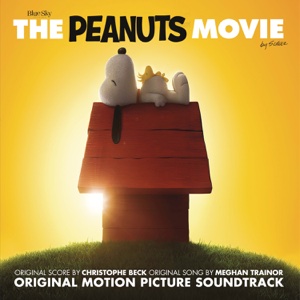 The song really feels well suited to the Peanuts world and who knows, maybe we'll hear it at the Oscars next year. For now, we have the choice of two music videos for the song and I prefer the lyric version(which you'll see below) that showcases the Peanuts Movie clips in perfect step.

So, if you want to recapture some of that good ol' Charlie Brown energy, don't feel embarrassed to watch The Peanuts Movie without having a kid along for the ride. Sometimes, the best way to revive your spirits is to indulge in some childhood nostalgia, especially when it's as well done as this film is. Like the song says, you can feel better when you're dancing:

See, you threw me for a loop because I was expecting to talk about izombie (a very well done show, now that I'm caught up), and Scream Queens (which makes me laugh a lot, and I almost can't tell if it's in spite of the show or on purpose), or The Flash (which is making good use of it's kind of unhinged proactive approach to expanding its universe). But we end up with Peanuts. Nice fake-out, there, my friend.

All that said, I would really wish that a Peanuts movie is good, particularly since so many of the specials were so much fun. Snoopy is, of course, the best dancer in the group - he inspired Xander Harris, which is a big deal - but I hope that this weird ass world never gets old. Kids should always be able to make that Wah-wah noise as a way of summarizing the old-young divide...

Glad you've caught up with iZombie(it is awesome, isn't it?) and I did watch the first three episodes of Scream Queens but it couldn't hold my interest. The Flash,however, is kicking major ass,especially with that Zoom confrontation this week,whoa!

But, my mom is about to have another surgery(to fix a stint in her leg) and my sis had a tooth pulled this week, so my blogging time is a bit limited these days. Seeing The Peanuts Movie was a real relief and yes, they do have the adults do the "Wah-wah" bit as well.

Yeah, Xander's Snoopy dance is a sight to behold(just hope that Nicholas Brendon can overcome some of his personal demons there). I'll try to do a TV Thursday before the end of the month but can't make any promises on that score,Thaddeus. I am happy to have you tune in:)