A sinister success with my Spring Into Horror reading goals

When it comes to readathons, I try to keep my goals as realistic as possible. Setting aside three books for the Seasons of Reading Spring Into Horror this past week felt reachable and for the most part, it was.

Getting too ambitious or too lax with your reading is something that I'm sure most of my fellow participants worry about as well. However, sometimes the books just make that concern a complete non-issue.

For example, The Library at Mount Char was such a riveting page turner that one night, I had to force myself to stop reading and get some sleep. Debut author Scott Hawkins has not only created an amazingly original world filled with bizarrely interesting characters, his pacing is truly at the fast and furious level. 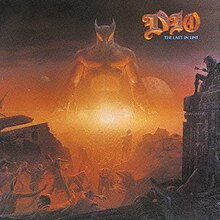 The main focus of the plot is a shift in reality, as a godlike figure known as Father to the group of "librarians" that he recruited as children has disappeared and his vault of knowledge has a mystical barrier set around it, causing pain to any of it's former occupants who attempt to get in.

Carolyn, whose field of study is languages, goes out into the human world for help in regaining control of the library,along with finding out what happened to Father. As it turns out, the fate of the world is at stake and things are not what they seem just about every other moment. That's as much detail as I want to give you, since it is best to walk into this story without any too many expectations.

It's rare for me to read a book that has me pleasantly surprised,even if the action is on the gruesome side at times. Why this novel hasn't gotten more acclaim is the real surprise there. To offer up more of an enticing description, I will say that The Library at Mount Char feels like Neil Gaiman meets a Ronnie James Dio video, in particular his song "Last In Line":

After that, I started my double dose of Stephen King with the first two volumes in his Bill Hodges trilogy of crime novels. Mr. Mercedes introduces us to Bill, a retired cop whose days have been filled with dark thoughts and daytime TV.

His spirits are revived by a letter from the man who claims to be the infamous "Mercedes Killer", who stole that brand of expensive car in order to mow down a long line of people waiting overnight for a job fair. That case was one of the last ones that Bill wasn't able to close and Mr. Mercedes is eager to gloat about his success,declaring that he won't need to do it again, as well as urging Bill to consider suicide.

That charming missive kickstarts Bill into looking back into the case, finding new leads and making a few new friends along the way. This infuriates Mr. Mercedes,aka Brady Hartsfield, to no end, especially during his online chats with Bill at a privacy website called Under Debbie's Blue Umbrella and Brady begins to make new and deadly plans of his own in retaliation

In reading this book again, I was reminded in a good way of the relationship between Clint Eastwood's aging Secret Service man and John Malkovich's determined assassin in the 1993 thriller In The Line of Fire. While that twisted bond had more opportunities for actual face time, the film showcases the journey of each man towards that inevitable confrontation with disaster, similar to what happens in Mr. Mercedes. I have no doubt King saw this movie and appreciated the excellent writing here.

In The Line of Fire is a good companion piece for Mr. Mercedes as both deal with the dark fame that comes from being involved in causing or preventing a public tragedy, a subject that's become all too hauntingly real these days and yet, a bit more scary than any movie monster ever imagined:

The tone is somewhat different in Finders,Keepers which begins in 1978 as reclusive author John Rothstein is robbed and murdered by a gang of three men lead by Morris Bellamy, who has a personal score to settle with the writer.

Morris is a fan of the trilogy of Jimmy Gold novels that Rothstein wrote early in his career but angrily disappointed that the author had his hero "sell out" and willing to kill to prove his point. The real motive for the Rothstein robbery is the huge stack of notebooks that the author has been writing in secretly for years, with some of them being follow-ups to the Jimmy Gold saga.

Before Morris can read any of the notebooks, he winds up doing a long term in prison for a completely different crime. The only thing that keeps him from utter despair is that he buried both the books and the money in a trunk under a tree near his old family home. His main goal in life is to reclaim his ill gotten treasure and share it with no one.

Unfortunately for him, that secret stash is discovered by Pete Saubers, a boy whose family is going through hard times due to his dad being a victim of the Mercedes Killer. At first, the money is all that Pete is interested in and he finds a way to secretly give that to his family.

However, as the years go by, Pete realizes the true worth of the notebooks and has become a John Rothstein fan himself. While he would like to donate the books, his family still needs more money to achieve their dreams, so Pete goes in search of a bookseller who might be able to get him the right price without asking too many questions.

At the point that I'm at in the book, Bill Hodges is being introduced to this situation by Peter's younger sister Tina, who knows that something is wrong and wants to get him help before the worst can happen. It's a good thing that she does,Peter may be a smart kid but he's really starting to get in way over his head,especially since Morris is now out of prison and eager to claim what he considers his just reward.

The in-depth character development and pacing in Finders,Keepers is,I suspect, due in part to King being a fan of mystery writer John D. Macdonald,to whom the book is dedicated. It was no coincidence that Mr. Mercedes has a dedication to iconic pulp fiction author James M. Cain(complete with a quote from Cain's classic The Postman Always Rings Twice) with it's sharply paced tension. The third volume to this trilogy,End of Watch, is due out in June and a good hint as to how that story will proceed will be in the dedication as well.

Back to Finders,Keepers- Stephen King's Misery is an obvious connection but I do think that Annie Wilkes and Morris Bellamy would have quite a lot to talk about when it comes to their favorite authors disappointing them:


I am finishing up Finders,Keepers well after the Spring Into Horror readathon is done with but as they say, two out of three isn't bad. The Seasons of Reading challenges are great fun, particularly since you also get to connect with other readers out there who are eager to share their thoughts about books that you may not have heard of or are well familiar with.

Getting new recommendations is just one of the bonuses of taking part in a readathon and sharing that bookish bounty with others is rewarding in and of itself:

You were able to finish two good sized books and start another (as I know SK's books are frequently chunksters). Great job! Glad you joined us for another read-a-thon.

Love Dio, by the way. Brings me back to my high school days.

Hope to see you at High Summer in July AND I'm planning an event for June so stay tuned to see if it might be something you want to join in on. :)

Thanks for adding my wrap up video to your post. Much appreciated.