Singing Santa songs on the way to the Christmas Carpool Karaoke 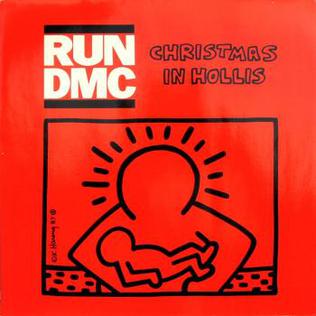 With Christmas only a few days away, I plan on taking a brief blog break but it has been my tradition to set up a playlist of holiday themed tunes to entertain everyone in the merry meantime.

Since one of the songs that I always like to include is Run-DMC's "Christmas in Hollis"(featured on the original A Very Special Christmas album as well as the Yuletide action classic movie Die Hard), I took a cue from that song and decided to do a set of Santa Claus numbers.

After all, "Christmas in Hollis" starts off with doing a good deed for Santa and being well rewarded for it, not to mention that wacky elf in the video who seems to be having too good of a time keeping an eye on things while his boss is out. Plus, this is a great song for any office party, guaranteed to have you chilling and grooving like a snowman on the dance floor:

Next up is Eartha Kitt with "Santa Baby", a song she originally sang in 1953 and then re-recorded in 1963, the latter being the basis for many a cover version.

Not all of those covers were to Ms. Kitt's liking as this video shows in a performance where she serves up a shot of sweet shade before gifting her audience with her stylish sassy voice.

Personally, I would consider it a honor to be mentioned in any context during a number by one of most iconic divas of our time but that's just me. Regardless of that, Eartha does show everyone just how it's done and then some: Another great song from that first A Very Special Christmas album is the Pointer Sisters' "Santa Claus is Coming to Town", which they performed several times on TV.

The clip that I found of this rendition might be from the 1980s music series Solid Gold(I loved watching the Solid Gold dancers!) but I couldn't swear to it. Not that you should swear during this time of year to begin with....oh, let's just enjoy the song,shall we?:

And for our last Santa song, we present Buster Poindexter with his quirky take on "Iz That You,Santa Claus?"

For those of you wondering who this dapper Dan is, Buster Poindexter was a musical alter ego for David Johansen, who was the front man for the protopunk band The New York Dolls back in the day.

Being Buster allowed him to sing in styles that weren't associated with him such as calypso, jazz and just plain goofy stuff. Granted, his character is an "either you like him or you don't" type yet you can't deny the flavorful fun he delivers here:


To round things off, I have a double dose of Carpool Karaoke, Christmas style. Despite how hectic and at time down right horrifying this year has been, one pop culture spot has always managed to lift our collective spirits and that is the simple musical magic of James Corden and his singalong passengers. Let's begin with Mariah Carey and company as they tell us all they want for Christmas:


Happy Holidays to all and much thanks to everyone who takes the time to check out this blog on a regular basis, I truly appreciate it. See you all next week, with a little New Years' wrap-ups and a new reading project for 2017.  For now, please enjoy the perfect caroling capper as  James, the incomparable Reggie Watts and friends offer us "Joy to the World", something we really need for next year and beyond: