I know that I'm a little late with my FrightFall progress report this week but on the other hand, that brief delay gave me more time with Sleeping Beauties, which is a pretty lengthy read(a bit over 700 pages) for any time of year.

This novel is the first time that Stephen King has collaborated with his son Owen and I have to say that the two authors blend their narrative voices together seamlessly here. The idea for the novel came from Owen, who tried to hand it over to his dad yet the elder King insisted on the two of them working on it.

There's a dark irony to that, as the main threat of the story is a bizarre infection that only affects females. Women of all ages(even young girls and infants) are falling asleep with cocoon like webbing covering their faces at first and then their entire bodies. They appear to be breathing and functioning just fine,only they can't wake up. To attempt to remove the eerie coating over their faces or otherwise wake them spurs the trapped sleepers to react violently.

This phenomenon, known as "Aurora" after the Disney princess famous for napping, is happening all over the world yet the action here is set in the town of Dooling, West Virginia.

A women's prison becomes the central focus of the afflicted residents due to a mysterious prisoner named Eve Black, who was detained there upon suspicion of  murder,  a crime seemingly committed in order to place her in custody. Eve has a number of amazing abilities that include mind reading, communicating with animals and incredible strength but most of all, she can go to sleep and wake up without being cocooned.

Word of Eve's immunity gets out and the restless men who now run the town are determined to get a hold of her for some answers. With things in chaos, Clint Norcross, the prison psychologist, finds himself in charge of the prison and also charged by Eve to be her protector, otherwise his wife Lila may never return from her unearthly slumber.

Stephen King has done social disaster stories on his own before(The Stand, Under the Dome) and clearly working with Owen has enhanced that dynamic tenfold here.

The descriptions of how the world at large reacts to this situation are scarily realistic, as men are torn between protecting their wives and children or sliding readily into chaos,with many of them having no practical knowledge of how to care of day to day tasks such as feeding their boys or laundry. Others simply go straight into warfare, the one thing they know all too well how to do on their own.

The women in this story are fighters, from struggling to stay awake as long as humanly possible(with the help of legal and illegal stimulants) to finding their dreaming selves in a strange new world to rebuild together.

Two of the toughest are Warden Janice, whose TV reporter daughter Michaela arrives too late to see her mom before Aurora takes her, and Lila Norcross, the first women sheriff in the area who takes charge in both worlds, armed with a strong will and questioning nature that isn't always backed up by the men in her life. As it turns out, it is up to her husband and son Jared to keep things going although Lila was suspicious of Eve Black right from the start:

As to Eve, she appears to be a harbinger of the divine with her connections to nature(a strange tree heralds her arrival) and secret mission agenda that involves setting up a confrontation in Dooling that should decide the fate of the world.

However, her true motives are hard to discern and it's suggested that she is merely a vessel for a greater force that feels the need to test humanity every now and then. That doesn't make her a good guy, rather a messenger of the gods that wearies of her purpose as things go on.

At this point, I am on page 500 and raring to go forward here yet I don't want to rush headlong into the end game. Seeing this story play out in it's own steady yet readily engaging pace is a key part of the fun here.

While my weekend plans do have Sleeping Beauties firmly in the driver's seat, I think that I may have found the perfect road trip tune to go along with it. It's not a song that you'll easily find on the radio but trust me, this haunting number by ionnalee fits Sleeping Beauties as perfectly as a certain clear slipper fitted a runaway midnight party girl:

In between my bouts with Sleeping Beauties, I have been sampling some of Agatha Christie's Miss Marple, in a collection of short stories taken from other published works featuring that lady detective.

So far, the first set of tales revolves around a "Tuesday Night Murder Club" where Miss Jane Marple and her writer nephew Raymond have joined a group of his friends in guessing the solutions to various unsolved crimes.

From a tinned lobster dinner that lead to a fatal case of stomach ache to some moonlit playacting that went horribly and a smuggling case, Miss Marple has figured out the who,what ,where and why without losing a stitch in her knitting. I must confess that I have not read a lot of Christie(mostly seen a few film versions) yet I vastly prefer Miss Marple to her famous Inspector Poirot.

Don't get me wrong, Poirot does have his charms(I adore Peter Ustinov's take on him in such films as Death on the Nile and Evil Under the Sun) but the first Christie novel that I've ever finished was The Mirror Crack'd from Side to Side,which was partly due to my enjoyment of the movie version that starred Angela Landsbury as Miss Marple. For someone like her to simply state the case in matters of murder most foul was rather a feminist move for those times. 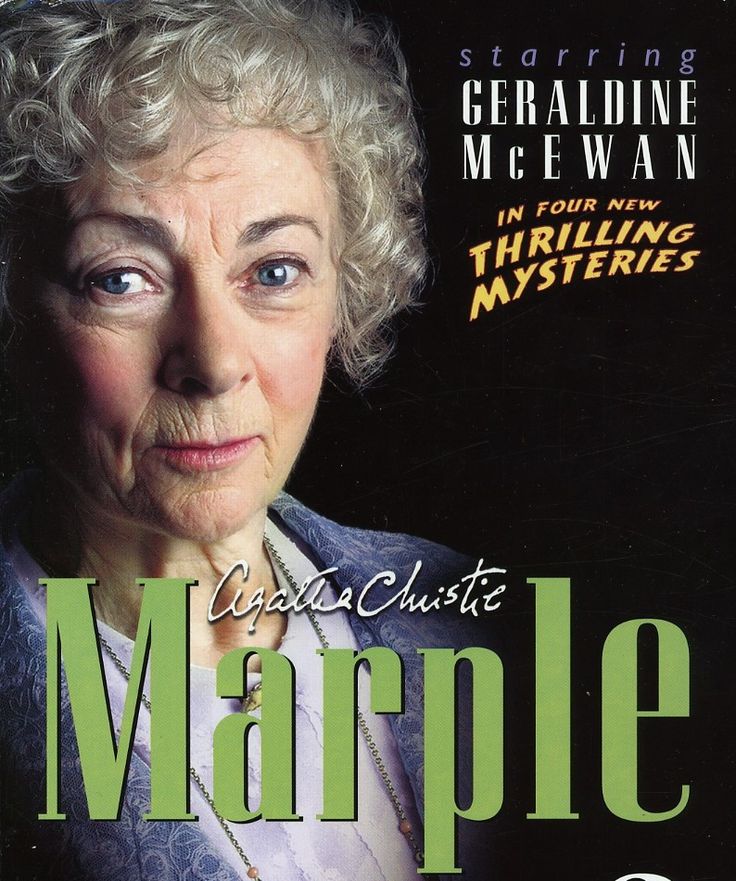 While someone like Poirot can go where he pleases for the most part and can get respect,if not complete belief at times. for his findings with the authorities, an older woman who lives alone like Miss Marple has a tougher row to hoe in that department. Elderly people can be too quickly written off as confused and out of step, not to mention a woman even more so then and now.

For Jane Marple to quietly yet firmly involve herself in such unseemly circumstances was considered abhorrent to say the least. That didn't stop her, of course and by using her low key yet knowable demeanor, Miss Marple made plenty of strides for other fictional female sleuths and I dare say, a few real life ones as well.

I should read a few more of the full Miss Marple novels in my future reading and watch more of the adaptations there. She has several made for TV series and it would be entertaining to compare and contrast some of those fine actresses like Julia McKenzie and Geraldine McEwan in their considerably unique takes on the character:


As this readathon winds down, I really need to pick up the pace on one particular book. Lauren Willig's The Mark of the Midnight Manzanilla is part of my Series-ous Reading challenge as well as FrightFall and my progress with that book has been slow due to my putting it aside for too long.

That is not the fault of the story, which has a lovely Gothic theme complete with vampire novel references, but my own desire to indulge my fiendish literary habits elsewhere. That must be remedied and right soon in order to appreciate the Jane Austen fearsome flair that it holds: