Tomorrow will be Jane Austen's birthday, a celebration that many of her devoted readers rejoice in as part of their holiday festivities.

However, like many birthdays that fall around this time of year, the question remains-what would be the perfect present? Of course, no one intends to actually have to get Jane Austen a gift but if you did, what would she want?

While some of her novels do deal in gift giving at some point, pianofortes are not the easiest items to come by these days and the finding the right chain for a cross necklace is less complicated than it used to be. Perhaps a quick look at a couple of  recent adaptations of Austen's work might spark a few fresh ideas in this department:

Theater tickets with a side of yogurt: On the webseries Emma Approved, our Ms. Woodhouse becomes convinced of her client Senator Elton's affection for her assistant Harriet by his bringing her a cup of Icelandic yogurt.

Not the most promising of love tokens there but his eagerness to help Emma find Book of Mormon tickets for Harriet as a holiday gift further boosts her belief in their romantic destiny.

While I doubt that Jane herself would be much interested in yogurt(even the Icelandic kind), she did love the theater and would be happy to accompany Harriet to any fine musical production,of that I am certain. It's more certain than Emma's notions about Elton's true interest in a future love match:

A library with music: One of the most musically inclined characters in Jane Austen's novels is Miss Marianne Dashwood, who holds poetry only second to playing the pianoforte in artistic expression.

That is why in the 2008 BBC adaptation of Sense and Sensibility, it makes very good sense for Colonel Brandon to slowly yet surely win over her heart by giving her free use of his library and musical instrument.

Granted, I did say that a pianoforte is not a simple thing to acquire but perhaps a digital library of period appropriate tunes would amuse Miss Austen greatly, along with a trip to a good bookstore: 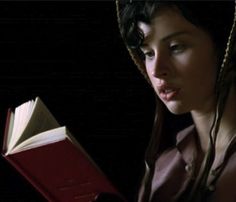 Some "Horrid" novels:  Speaking of  bookstores, to call a novel horrid back in Austen's day was placing it in the genre of Gothic literature(and a bit of a backhanded insult as well).

Her love for such books is well documented in Northanger Abbey, as the 2007 film version had Catherine Morland join her new friend Isabella Thorpe in a visit to a bookseller for a copy of Ann Radcliffe's The Mysteries of Udolpho and then later getting a recommendation from Isabella's brother John for The Monk by Matthew Gregory Lewis.

No doubt Jane Austen would still have a taste for thrillers and be the right person to settle the argument over which is better; Gone Girl or The Girl on the Train? Then again, she might just settle in a comfortable chair with some Agatha Christie and politely nod during such a heated debate:


Well,anyway, happy birthday to Our Dear Jane and much appreciation for all of the wonderful writing that she left us as the ultimate gift for any occasion. Now, as to her fans, a good number of us would love to make a date with one of our favorite characters from her novels as our perfect present and I call dibs on Captain Wentworth. Of course, if the right Darcy or Tilney came along, I wouldn't be reluctant to accept such attentions at all!: