Setting up some early summer reading with these May/June reads 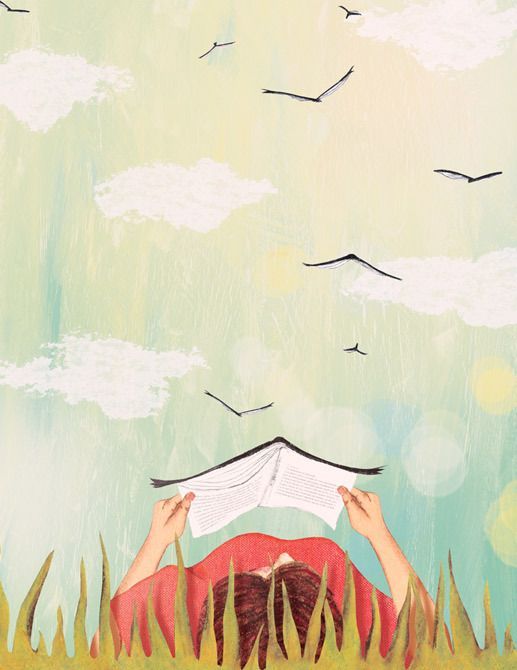 It may seem too soon to talk about summer reading, especially since the weather outside has been extremely frightful well beyond the winter season limits.

However, summer does get fast forwarded a lot these days, from movies to TV to fashion, so planning ahead for your big beach reading TBR is not such a bad idea.

Now you don't have to get too ahead of yourself here-just take a quick look at these upcoming titles for May and June, in order to start your literary mixing and matching:

WOMEN OF AND AHEAD OF THEIR TIME:

LOVE AND RUIN: Paula McLain's The Paris Wife gave readers a fresh look at Ernest Hemingway's first wife Hadley and she returns to that story telling well to check out Martha Gellhorn, the third Hemingway bride, who was the only one of them to leave him on her own accord.

Martha was quite an independent spirit already when she met Ernest in a Key West bar in 1936. As a wartime journalist, she encountered him during coverage of the Spanish Civil War and their intellectually adventurous natures clashed but ultimately clicked together romantically.

However, each of them possessed an equally strong will that made it hard to find any sort of compromise in marriage, particularly on Hemingway's side. Nonetheless, Martha did what she could to keep their love on course yet refused to surrender her true self.

I've always found Gellhorn to be truly unique beyond her spot on the Hemingway wife scale and McLain has proven in the past that she's more than capable of making such real life ladies live on the fictional page(May):

WELL, THAT ESCALATED QUICKLY: Comedian and social media commentator Franchesca Ramsey has been making many of us laugh and think with her YouTube videos(including hosting MTV's Decoded) and appearances on NPR,CNN and Comedy Central for a good long while now.

With her upcoming memoir, Ramsey not only chronicles her journey from blogger to internet sensation, she also discusses the ways in which we communicate in this high tech age and yet still manage not to really listen to one another on important issues.

A mix of sharp wit and heartfelt humor,Ramsey gives us insights on our ever confusing modern times with sincere enthusiasm for everyone to work together for the better. I first saw her work on the canceled-much-too-soon The Nightly Show with Larry Wilmore and hope that this book urges others to watch how she hashes things out(May):

THE PERFECT MOTHER: Aimee Molloy's debut novel goes inside a group of upper class mothers who wind up sharing more than baby care tips among each other.

The May Mothers of Brooklyn delight in bonds of new motherhood together yet it is Britt who encourages her sisters in babyland, Colette ,Francie and Winnie to take a night off during one hot summer to enjoy a grown-ups only romp.

Winnie is reluctant to go but gives in when Britt provides her with a babysitter for her son Midas. Their good time comes quickly to an end,however, when the sitter calls Britt to let her know that Midas was taken from his crib while she slept.

The citywide search for Winnie's son has her friends doing all they can to help find him but along the way, a handful of secrets and lies become exposed and considered for usefulness towards their mutual goal. This book has already been sold to the movies and should make for a stunning new read this season indeed(May):

THE WORD IS MURDER: Author Anthony Horowitz gets a bit meta in his new mystery novel as he becomes one of the characters in this modern day twist on Sherlock Holmes.

Holmes in this case being Daniel Hawthorne, a disgraced former DI who is asked to investigate the unusual murder of socialite Diana Cowper. Seems that the lady in question made her own funeral arrangements several hours before she was discovered strangled to death.

Hawthorne sets up a partnership with Horowitz, planning a true crime book about the case as the end result. Things get stranger than fiction as they go along, with a gruesome event from Diana's past bringing along some seriously deadly baggage and offering up a number of suspects who couldn't have possibly done it.

Last year, Horowitz's Magpie Murders gave readers a clever spin on Agatha Christie and I suspect with this book, the ultimate reveal is going to be more than elementary to any of the Watsons out there(June):


A BOOKMARK OF FAMILY LOVE:

THE BOOKSHOP OF YESTERDAYS: In this debut novel by Amy Meyerson, we meet Miranda, who finds herself inheriting the book store owned by her favorite uncle, Billy. She hasn't seen him in years, due to a fight between him and her mother that was never resolved.

Miranda does feel honored to be given Prospero Books, a store that she has fond memories of, yet wants to know more about Uncle Billy and why he fell out of touch. With only a mysterious book and letter to guide her, Miranda sets off on a strange scavenger hunt(much like the ones Billy used to plan for her) to learn the truth.

This story does sound like charming book bait for devoted readers and judging by a couple of names placed within this narrative, Shakespeare is bound to pop up but that won't be the only bookish clue that will keep the pages turning, I'm sure(June).

I hope this list will be a good starting off point for your future reading plans as summertime draws ever nearer. Also, it's important to take on new books that are not connected to a series as we all know just how long that wait for the next one could get colder than the winds of winter: