The first week of the Seasons of Reading  Sci-Fi Summer has ended and with one more to go, I'm happy to report that half of the books on this particular TBR pile are nearly done.

In the first weekend, I was able to finish Tomi Adeyemi's Children of Blood and Bone, the first in her YA fantasy series entitled The Legacy of Orisha. Orisha is the mythical West African kingdom that our leading lady Zelie lives, a country that used to know and respect magic until King Saran found a way to break the mystical connection that those who practiced it(known as Diviners) needed.

Zelie's mother was among the many adult Diviners executed by royal decree and even though she possesses the flowing white hair that marks her as a being of power, she and many other are unable to activate their magic. Thus, they and their loved ones lead lives of despair, called "maggots" by those in power who overtax,harass and find a way to send them into enforced labor.

While Zelie despairs of ever living a peaceful life as well as keeping her father and brother Tzain from suffering for her mistakes, an unexpected run-in at a local marketplace leads her down a path that could bring magic back to Orisha. She winds up protecting Princess Amari, who witnessed the death of her only friend,Binta who was also a Diviner, at the cruel hands of her father.

Amari steals a forbidden scroll that ignites the untapped magic of any Diviner who touches it and Zelie's powers rise to the forefront, inspiring her to give her people the same ability to defend themselves from oppression: 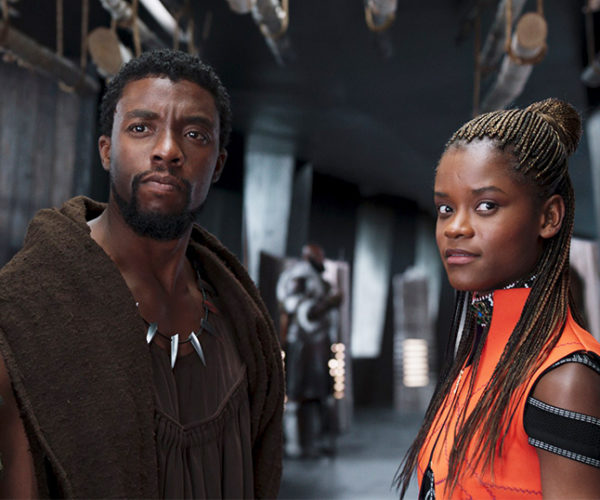 The journey is far from easy, as two other sacred items are needed to perform a renewal ceremony on a remote island during the next solstice. If they do not make it in time, that opportunity is lost for good.

Zelie,along with Amari and Tzain, face many obstacles along the way from potential friends and enemies alike,including Prince Inan who finds himself changed by this pursuit of his sister in more ways than one.

Adeyemi's debut novel is vividly written, bringing these characters and their beautifully wrought world to nearly 3-D life, highlighting the glory and the peril of their harrowing quest. She also wisely uses a multi-character narrative to showcase the emotional impact and growth that Zelie, Amari and Inan experience through the course of the story. The family connections, particularly between the two sets of siblings, are key to the heart of the motivations both for and against magic, adding a good dose of complexity to the mystical elements here.

This is truly a stay-up-all-night type book, the kind that you have to make yourself stop reading in order to get some sleep,eat or do anything else in the real world. A second book is set for 2019 and it's going to be hard to wait for it, particularly with that cliffhanger of an ending! Yet, I shall be patient, I promise.

Word of mouth has been wonderful for Children of Blood and Bone, not to mention critical acclaim as well, which is vital for any new YA fantasy series to stand out amongst the numerous ones on the shelves. It's also hoped that this series will pave the way for other fantasy stories not set in the usual Western culture realm.

Based on it's own merits, I would love it if Orisha became just as potent a fictional locale as Hogwarts for readers of all generations and then some. Time will tell but I do believe in the magic of writing and Tomi Adeyemi is quite the enchanting practitioner of the pen indeed:

After I finished that, I went right to Neverworld Wake by Marisha Pessl. I'm familiar with her earlier intended-for-adults work such as Night Film but this is her first novel in the Young Adult category and it's pretty good so far.

Our heroine is Beatrice, who is still not over the mysterious death of her boyfriend Jim and impulsively decides to reunite with their mutual boarding school friends a year later. Upon attending a concert at a nearby bar, she and her pals wind up in a car accident and land in the title realm, a purgatory of sorts.

They are informed by a strange man who calls himself The Keeper that they are caught in this eleven hour time frame until a group decision is made about which one of them will return to the living world.

Their reactions are varied, with wild girl Whitley acting out her frustrations through violent fits and teaming up with partner in crime Cannon for some "we can do anything we want" hijinks while Southern charmer Kipling and moody Martha seek out their own personal escapes from this seeming eternal reality on repeat.

Beatrice tries to deny this limbo trap for awhile as well but ultimately comes to the conclusion that what will make the final vote for survival decisive is finding out the truth about Jim's death:


I'm close to the finish line with this book and it's quite the engaging read. Pessl offers up some interesting observations about the nature of reality along with dealing the consequences of keeping secrets and true feelings hidden.

This is the kind of book I would imagine Rory Gilmore reading and passing on to her friends(Paris would hate it but in the end, side with Martha's scheming there). Whether or not you're a Gilmore Girls fan, Neverworld Wake is a solid riveting tale of otherworldly reckonings and I am eager to see how this story eventually ends:


I should be done with Neverworld Wake before the weekend is over, allowing me more time with such adult lit fare as Red Clocks by Leni Zumas and Margaret Atwood's The Year of the Flood to complete my readathon goals. I am in the midst of Red Clocks at the moment and since it's a library book, the need to finish it is imminent.

This science fiction/fantasy reading is a good way to kick off the summer season and it's also a good way to discover that not all stories in these genres are in need of the same old,same old style. A compelling character with a mission of the heart is always the best bet for a great story in any literary realm: