I was very happy to have finished up the next to last selection in my Series-ous Reading challenge, especially before the holiday readathon I signed up for got started(more on that in a moment).

Speaking of holiday, Joanne Fluke's Lemon Meringue Pie Murder does take place around a special summer occasion, the Fourth of July, where everyone in the town of Lake Eden is planning a big parade that baker Hannah Swensen will actually have a float representing The Cookie Jar in for the first time.

Her sister Andrea takes charge of the float(needing to keep busy during her pregnancy), which helps take a load off of Hannah, who is making tons of cookies for various events as well as working on the murder of Rhonda Scharf, who died in the house that Hannah's occasional beau Norman just bought!

At one point, Andrea did want to make a red,white and blue Jell-o mold cake but couldn't find all of the right colors, which relieved Hannah greatly. Turns out that her younger sister is much better at schmoozing with folks while making her real estate deals than anything of a culinary nature: 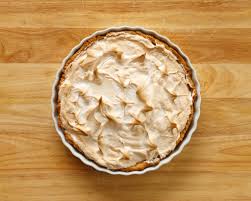 As for the murder, for once Hannah was not the one to discover the body. That dubious honor fell to her mother who had accompanied her and Norman to the house in search of items to sell at her antique business.

One of Hannah's lemon meringue pies was found in the kitchen and appeared to had been left out long enough to attract ants, leading her to an unexpected clue in Rhonda's trash.

Norman had bought the house from Rhonda, who was planning to take a well earned vacation but wound up taking the long one that you don't come back from! The only good thing about Hannah's intrusive mother being on the scene is that she doesn't disapprove of her daughter looking into the case this time. Granted, her mom wanted to be the lead detective but quickly handed that job over to her eldest girl in order to concentrate on other things, like urging Hannah to marry Norman. 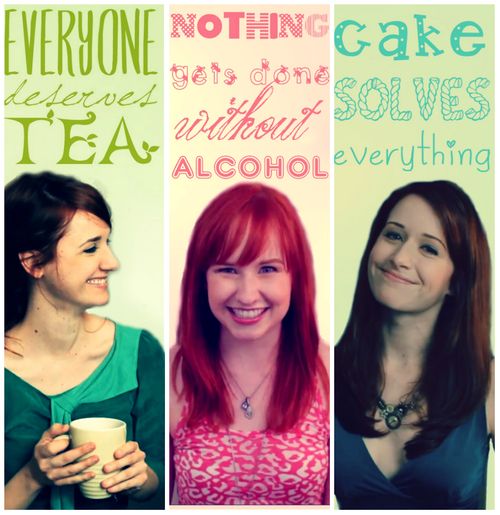 Meanwhile, we get to meet Hannah's youngest sister Michelle in this story, arriving home from college for the holiday summer fun.

Hannah does act very mother hen around her little sis, to the point of nearly freaking out big time over what turn out to be temporary body embellishments(fake tattoo and mouth fixture with gemstones).

As an older sister myself, I totally understand the protective urge regarding younger siblings there but Hannah did need to chill out a little. While Michelle is way more mellow than either of her sisters, she does have her feet on the ground when it counts:

While Hannah did find Rhonda's killer in the end, I was able to solve a more pressing mystery here and that was which love interest should I be rooting for, Norman or Mike?

For most of the series, Hannah is torn between sweet natured dentist Norman(who her mom prefers) and police detective Mike(who Andrea likes, due to her own husband being a cop). I know that many of the long time readers of the books have gotten frustrated over Hannah's romantic indecision but for me, the choice has been made clear and it's Team Norman all the way.

I can see both the pros and cons of either guy but it was a certain plot point in this book that helped me figure out who I'd like to see Hannah end up with. At the beginning of the story, Hannah decides to go on a diet,due to not fitting into a pair of new pants(turned out to be a shopping mix-up with Andrea) as well as perhaps encouraging one of her suitors to make a more romantic move.

I'm so not a fan of women feeling the need to lose weight for the latter reason but in this case, I was willing to put that aside in order to find out if either Mike or Norman would take a moment to tell Hannah "I think you're fine just the way you are."

At one point, it's Norman who does make that type of statement and despite his building a house that is based on a design both he and Hannah dreamed up that naturally leads to most folks(and her mother) in town thinking they're going to get married soon, Norman wins in the truly good guy department.

Yes, Mike is sexy and charming but he doesn't even mention the drastic change in Hannah's eating habits(she switches over to salads and small portions rather quickly),which an alert detective should  make a polite observation of at least once, don't you think? Sure, Mike gives her plenty of push back that helps her solve those unofficial cases but Norman is not a doormat at all.  Instead, he's very supportive of Hannah in all of her endeavors and has a good sense of humor to boot

As I continue with the series, that may change but for now, Norman is the man I'm rooting for. Being patient with Hannah on this front is fine with me:

With the Christmas Spirit readathon from Seasons of Reading under way today until December 2, I will be encountering Hannah and company again with Sugar Cookie Murder soon.

For now, I'm starting things off with Rhys Bowen's The Twelve Clues of Christmas and if all goes as planned, will end with As The Christmas Cookie Crumbles by Leslie Budewitz. It's a short but sweet murder mystery ride to jump start my holiday cheer.

To complete my Series-ous Reading for the year, December will have me visiting Poldark country with The Black Moon, where Morwenna Chynoweth is first introduced and her troubled romance with Drake Carne shall begin. With the current TV show finished up for the year(and next season to be the last), this will be a fine way to revisit Cornwall indeed: