Tuning into some out of this world TV shows this season 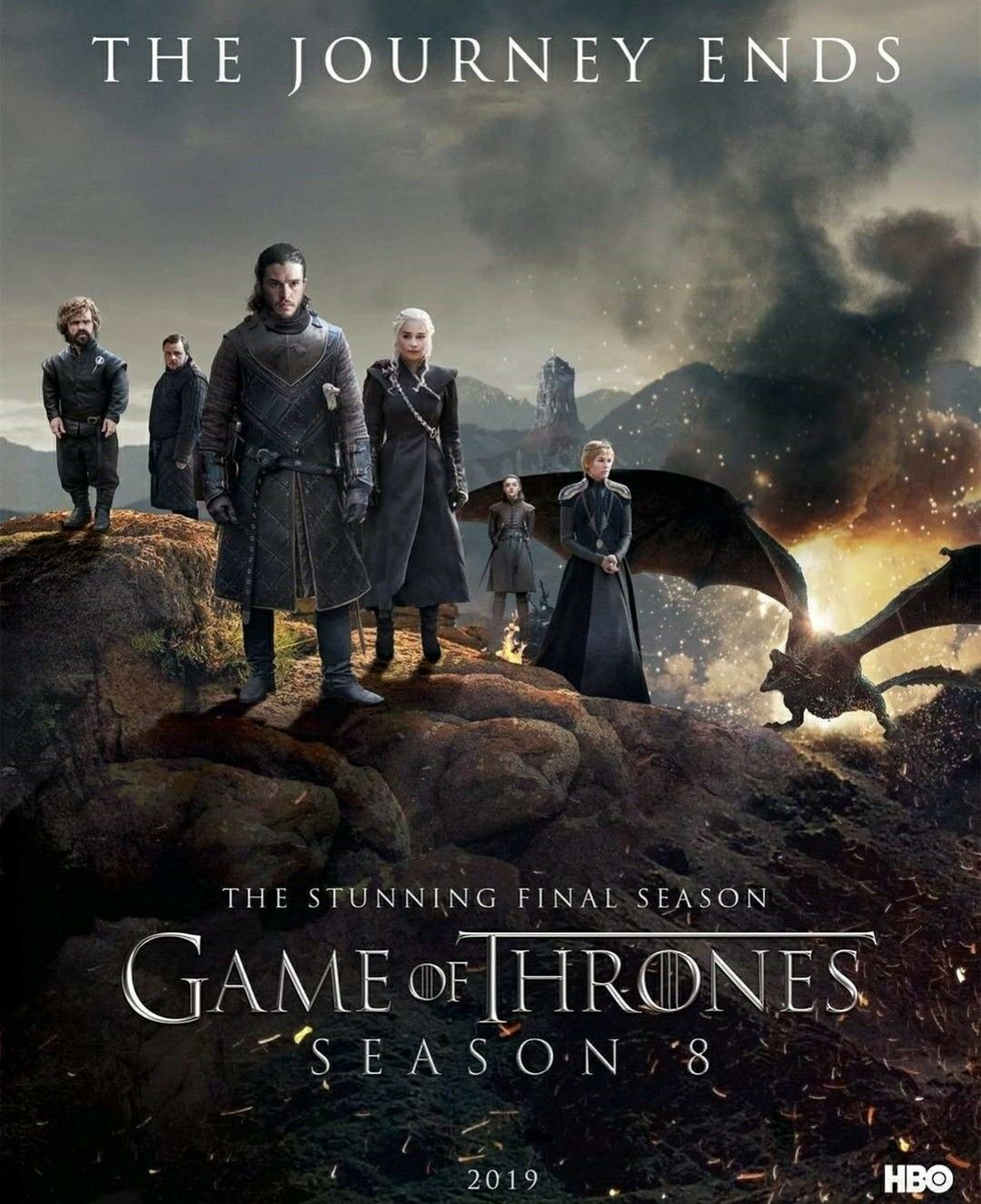 Given the nature of our current reality these days, it's no wonder that many of us are looking forward to the return/revival/adaptation of TV series with a fantastical world view.

The major one for most is the final season of Game of Thrones ,starting on April 14. While impatience for the remainder of the books in G.R.R. Martin's A Song of Fire and Ice saga is nearly neck in neck for this last televised look at the residents of Westeros, consider this:

At some point, it must have been decided that it would be best to release the last of the books after the HBO series was completed. Think about it, many of the fan debates online and off had two camps; readers and non readers,some of whom argued over possible spoilers or certain things from the source material that were left out of and/or changed on the show.

In order to keep all of the viewers on the same page,so to speak, holding off on publication appears to have been the hard choice that was made. You must admit that certain events and character actions from the prior season were quite a surprise there, to say the least. I don't see this as a bad thing and while I have no proof that this was so, it just makes all too perfect sense to me.

We've had over a year to wait for this final season and I have no doubt that it will have been well worth the time and effort into creating this shared experience for all of us faithful viewers:

Speaking of long awaited adaptations, Amazon Prime will be streaming Good Omens by the end of May. Based on the beloved fantasy novel by Neil Gaiman and the late great Terry Pratchett, this series stars Michael Sheen as the angel Aziraphale who reluctantly teams up with David Tennant's demon Crawley in order to prevent the Apocalypse.

The two of them have been on Earth since the beginning and after all this time, the one thing that they both agree on is that the world is much too comfortable for them to co-exist on that they don't want to see it destroyed.

They do try to delay the seemingly inevitable by switching the newborn Anti-Christ with a regular kid but that only makes thing worse. With all supernatural sides gathering around to save the day or start the end times, can this pair of frenemies finally do something right?

Fans of the original novel should note that parts of an unfinished sequel to the book have been added into this version by Gaiman himself, which ought to make this limited run series nicely surprising. As I enjoyed the book yet don't have Amazon Prime(there are way too many streaming services out there,folks,to be able to subscribe to), perhaps I will see this on home video one day. For those fortunate enough, this amusing take on the end of days could put our own current state of crisis into comedic perspective:

Another  new streaming service series happens to be a new run of The Twilight Zone, the classic Rod Serling anthology scare show that is scheduled for viewing at CBS All Access starting April 1st(no that is not a joke!).

Most of the episodes will be original pieces, with one notable remake of a huge fan favorite, "Nightmare at 20,000 Feet"-this time it's 30,000 feet-and the cast includes quite a few TV friendly names such as Adam Scott, Jessica Williams,John Cho and Tracy Morgan. The biggest name attached to this project is Jordan Peele, who is one of the executive producers as well as the series narrator.

Given Peele's status as a modern day master of horror, seeing his spin on this treasured small screen fear fest should be shiver inducing fun:

Last but far from least on my list, season 3 of Netflix's suburban zombie series  Santa Clarita Diet will be on your viewing menu by March 29.

While my interest in zombie fare is pretty minimal at best(I bailed out on The Walking Dead in the middle of S2), there's something about mixing a bit of humor into the monster mix that makes a show like this totally work for me.

That blend gives the "monster" more of a relatable personality and while drama is not completely off the creative table, it does make for a better nuanced story, in my opinion. SCD and iZombie(which starts it's final season on the CW in May) have become welcome exceptions to my "take it or leave it" approach to this scary subgenre.

It also helps that Drew Barrymore and Timothy Olyphant have solid chemistry as Sheila and Joel, a married couple who keep trying to make thing work despite the missus developing an incurable taste for human flesh. From the recent trailer, it looks as if Sheila wants Joel to truly become a part of her eternal lifestyle and that is just going to lead to some seriously funny complications indeed:


Well, if taking a break from the news of the day means diving into some far out fantasy/fear fare, perhaps this is the respite we truly need to continue onward with a refreshed spirit. As for summer time, there are Stranger Things to look forward to, in the best sense, and hopefully just on the entertainment front: