Will the new Joker movie be a poignant punchline or an ill-timed pratfall?

While Marvel's cinematic reign is still strong, the DC Comics film universe is still in the hit or miss mode, finding unexpected success in off beat takes on certain heroes such as Aquaman or more recently, Shazam!,which topped the box office this past weekend.

However, that may change as the release of a teaser trailer for one of the most popular members of Batman's Rogue's Gallery to have his own sinister spotlight this upcoming October is raising a few pop culture eyebrows. Simply titled Joker, Joaquin Phoenix plays Arthur Fleck, a would-be comedian who lives with his ailing mother(Frances Conroy) and is literally beaten down by society at large.

As the trailer unfolds, Arthur's descent into darkness includes visits to Arkham hospital(as either outpatient or staff member, it's a bit unclear) as well as a growing obsession with Thomas Wayne, who is running for mayor. The look of the film has a strong Scorsese vibe, which is intentional as writer/director Todd Phillips claims Taxi Driver,Raging Bull and The King of Comedy as inspirations for this particular take on the Clown Prince of Crime:

I have mixed feelings about this movie at best-while it's a good approach to tackling this iconic villain and Phoenix is certainly an improvement over the last actor to play the Joker onscreen(the less said about Jared Leto's horrendous  Suicide Squad performance, the better), there are a few pieces to the puzzle that seem to be missing here.

For one, it's not entirely an original concept as the modern classic graphic novel The Killing Joke(adapted into an animated feature a couple of years ago) is also included as inspiration by Phillips and for another, the live action series Gotham did it's own spin upon the character with a similar edge.

What really engaged fans was Cameron Monaghan's performance right from the start as he aptly displayed a major characteristic of the Joker that has resonated throughout his many incarnations.

The ability to emotionally flip a switch and go from somewhat reasonable to outright dangerous with a deadly laugh is something that any version of this Big Bad should easily be able to do. The moment that is best described in the words of Stephen King as going from "out of the blue into the black":

Watching this trailer, I didn't feel that same sense of hidden menace and yes, this is only a teaser but still...

From what I've read about the film, Leonardo DiCaprio was originally considered for the role and based on his past work, that might have been the better choice. Joaquin Phoenix is more than talented enough yet he doesn't feel quite right here.

Another thing to consider is that ,according to Phillips, this is an origin story for a character that has no set origin story,apart from being dunked into a vat of chemicals that causes his transformation from mere threat to super villain. The whole notion of identity is truly a joke to the Joker, who only uses it to manipulate his enemies or beguile any potential followers, as Harleen Quinzel,aka Harley Quinn, can certainly attest to:

While Batman has a set in stone duel personality, the Joker is purposely a more fluid figure of fear, being an avatar of the trickster in many a mythology. He's been reborn several times from an arch criminal to a vicious schemer to an agent of chaos both in the comics and various adaptations, making him the perfect broken mirror reflection for Batman in any age.

There is concern that this new film might make him too sympathetic and I find that legitimate as part of the Joker's endurance as a character is the element of mystery. While he might start out as a regular guy early on in life, the fact that you can't always pinpoint his true persona is key to what makes him a threat.

That tone of mystery was a powerful part of Heath Ledger's legendary Oscar winning performance in The Dark Knight, with one of the running gags he trotted out were different tales of how he wound up so terribly scarred. Having a fixed backstory would ruin that core element for the character as well as the audience: 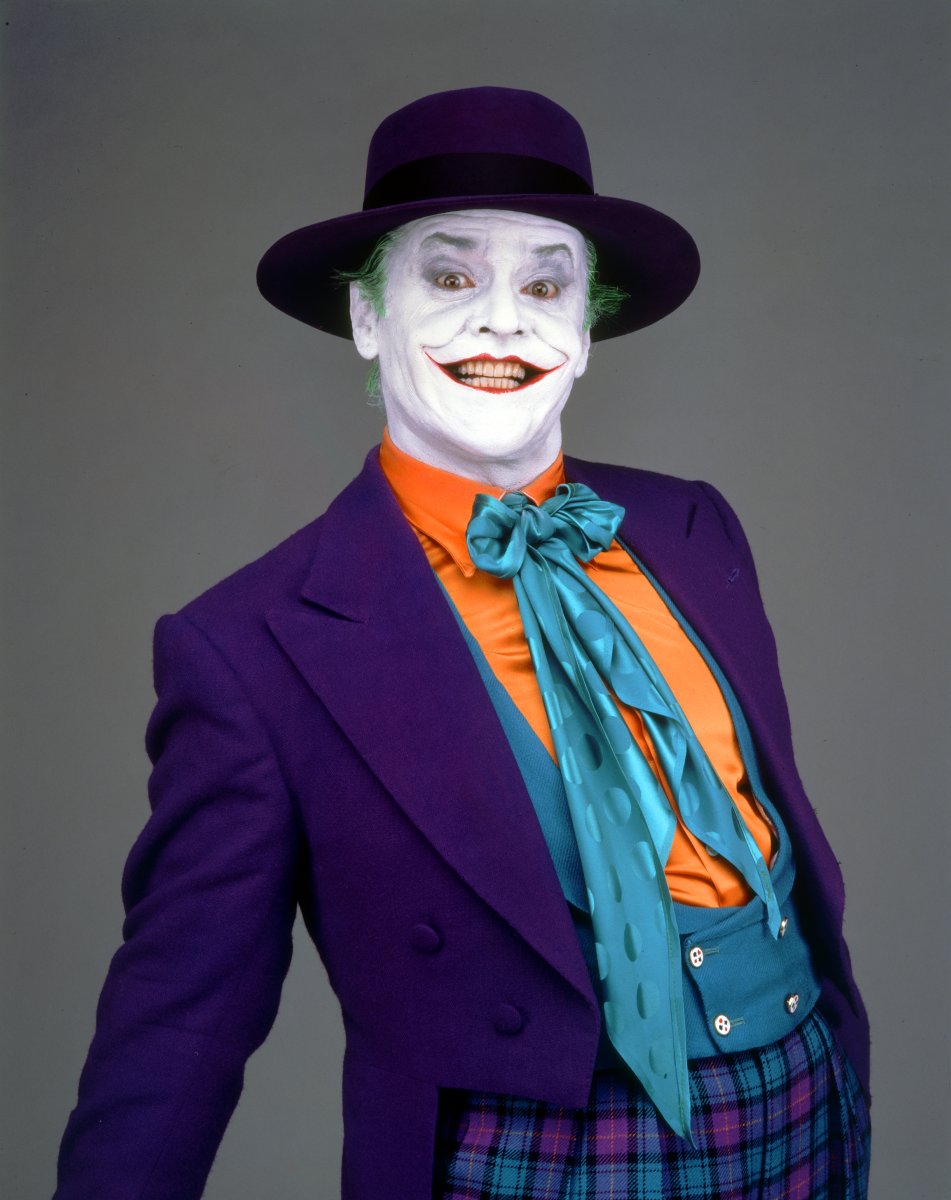 One last quibble; this Joker movie is meant to be a one and done deal(the studio wants this to be the first in a number of solo DC Comics film adaptations) but are fans really going to be satisfied with that?

Let's face it, the whole point of the Joker is to see him go up against Batman. That's what he was created for-one compliments the other. It's like having a Lex Luthor movie with no plans to include Superman. Sure, it might be fun but unless it totally redefines the genre(a pretty tall order there), old fans and new might feel cheated.

Then again, this new take on the Joker might be far better than expected and interest has certainly been peaked already. I just hope that the end result will be worth it as a larger than life villain like this on a standalone stage will be pressured to make that all important first impression be top notch, at standing ovation level for nothing less will do: