As we know all too well these days, new film premieres are rather quick to change their opening dates(not to mention viewing formats) yet we are still getting trailers that make our cinematic mouths water.

Book adaptations are also included and whether a favorite of yours is set to debut on a screen that's big,small or streaming, that doesn't mean we can't enjoy the previews with a bag of popcorn at hand.

First up is Dune, based on the classic sci-fi series by Frank Herbert, starring Timothee Chalamet as Paul Atriedes, the heir to a spice mining fortune who finds himself in the midst of a trade war that also takes him on a spiritual quest on the planet Arrakis.

Other prominent cast members include Oscar Isaac as Paul's father , Jason Momoa as master swordsman Duncan Idaho and Zendaya as Chani, a resident Fremen of Arrakis who Paul falls in love with. It's been a long time since I read the Dune books(the first four, at least) and yes, that David Lynch version from 1984 fell very far short of expectations there.

However, this production is in the hands of Denis Villeneuve, best known for Arrival and Blade Runner 2049, and he seems to have a good handle on this genre. There's also talk of this film leading to a prequel TV series for HBO Max called Dune: Sisterhood, focusing on the Bene Gesserit which sounds awesome indeed:

Next up is Agatha Christie's Death on the Nile, with Kenneth Branagh taking up the role of detective Hercule Poirot once again. In this tale, he becomes embroiled in a murder mystery involving a rather tangled love triangle between Simon Doyle(Armie Hammer), his new wife Linnet(Gal Godot) and Jacqueline de Bellefort(Emma Mackey).

Simon was engaged to Jaqueline but one look at her friend Linnet and that romantic journey changed paths. While on their honeymoon in Egypt, Jacqueline is stalking the two of them with her jealous fury not bothering to hide itself.

When shots ring out on the passenger boat that they're all sharing,Poirot is ready and able to dive into this not so simple case of murder and deception. Like his last Christie adapation, Branagh is also directing this film with a solid all star cast that includes Annette Benning, Jennifer Saunders, Rose Leslie, Letitia Wright and Sophie Okonedo.

I happen to be a big fan of the 1978 version of this story(Peter Ustinov is my ideal Poirot and I refuse to waver from that stance) so this movie needs to bring it big time. Also, Branagh wants to create a "Poirot cinematic universe" which is fine but he needs to include Miss Marple at some point if you ask me!:

Set to premiere in whatever theaters are open along with Netflix, a new version of Daphne Du Maurier's Rebecca is arriving in late October.

Lily James plays the second Mrs. de Winter, who arrives at the intimidating manor house known as Manderly with new husband Maxim(Armie Hammer-what is it with this guy and period pieces?) and introduced to the equally intimidating housekeeper Mrs. Danvers(Kristen Scott Thomas).

With the 1940 Alfred Hitchcock film adaptation firmly emblazoned onto movie history, this movie is going to have a tough time when it comes to making it's own mark. Hopefully, the cast and company of this production will do their best to up the game:

Meanwhile, the made for TV folk are at long last getting their second season of The Spanish Princess on Starz this fall.

Based on Philippa Gregory's novel about Catherine of Aragon, this season showcases the young queen(Charlotte Hope) ruling and fighting along side King Henry(Ruairi O'Connor) as they defend England from enemies from outward and within their realm.

I have to say that Starz has been giving us some miniseries goodness with these Philippa Gregory adaptations and by expanding The Spanish Princess to more than one season, hopes for more historical fiction fare like this are high indeed:

Finding new entertainment to watch is going to be tricky for the foreseeable future yet it's the least of our real world worries. One thing is for certain; books and film will be ready, willing and waiting to help us bear the burden of these harsh times and hopefully not too long from now, give us something to celebrate better days with.

In the meantime, let's hunker down with a great stack of books and the streaming service/ TV channel of your choice(there are just too many of the former, folks-and budgets are a big issue right now!) and try to find a moment or two of peace to savor. Hey, it's not like we're trapped in a Stephen King novel after all(or are we....?!): 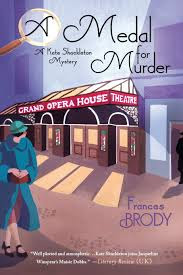