I'm quite the fan of Food Network Challenges,mainly the ones involving cake. Seeing how those pastry chefs create such amazingly beautiful,almost too pretty or crazy cool to eat massive edible marvels is a joy to behold.

One of the most recent cake challenges had "Surprise Birthday Cake" as the theme,with the mystery client being none other than Kerry Vincent,one of my favorite judges who's considered the Simon Cowell of cake(I prefer to call her Professor McGonagall). She's a tough cookie but very sweetly skillful with cake art as the picture on the left of this paragraph shows. 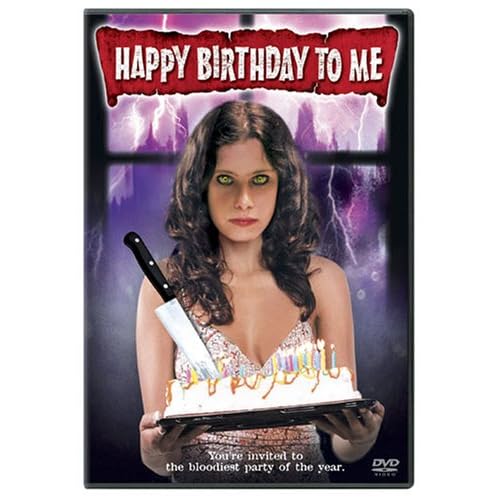 Naturally,most of the chefs were a tad nervous about making a cake for Kerry but the one who really had it in for her was Stevie Famulari,a "misunderstood" artist type who has been judged by Kerry in a couple of past FNC and feels that she is (in her own words)"a rhymes with witch."

Clearly not the most cheerful participant in these proceedings,Stevie then went on to make one of the most memorable cakes on this show,mainly for how horrifyingly bad it became,not to mention that it wound up on fire and a crew member had to turn an extinguisher on that monstrosity:

On the bright side,everyone did have a good laugh(well,maybe not Stevie who was still peeved at Kerry for not getting her "vision")and it certainly was the talk of the town there. It also got me thinking about how both fictional and real life cooking mishaps,intentional or otherwise,are rather amusing,especially to those who are not directly responsible for that odd tasting dish or fallen ten layer cake.

Therefore,let us look at a few crazy cooking results that had added so much silly spice to our entertainment entrees:

Hung on Season three of Top Chef was certainly an unique individual to be sure and his offbeat creativity turned a strange corner during a Quickfire Challenge. He made a breakfast "village" of sorts that was made even more bizarre by his elaborate explanation of it: People think that Gordon Ramsey is just a loud mouth lout in the kitchen,but consider that the man has not one but two cooking based reality shows where he has to taste some of the worst food around(I've actually seen him get physically ill after trying some of the swill being offered to him)and you'd be cranky too,if you had to swallow one bite of what Gordon's had to stomach.

For example,check out what one of the contenders on Hell's Kitchen whipped up on the Season four premiere as his "signature dish." Believe it or not,this guy actually made it to the Final Two,something you would have not predicted based on the greasy mess infamously known as "hen in a pumpkin":

On Kitchen Nightmares,the scariest part of the show is when Gordon first tastes what the troubled restaurant in question has to offer. You know your food is bad when even a cookie causes a customer to gag:

On the first Thanksgiving themed episode of Gilmore Girls,Sookie was dismayed when her new husband Jackson decided to deep fry the turkey for their family celebration. While the technique itself was well handled,things soon got out of control and by the time Lorelai and Rory stopped by on their way home,Sookie was serenely able to give them a through recap of the deep frying frenzy:

Speaking of Turkey Day,Rachel's attempt to make a proper English dessert is hilariously tasty. The best part has to be Joey's enthusiasm as he chows down on the not so sweet treat that has everyone else running for cover:

I hope you don't think that I have no respect for the art of cooking based on some of this silliness. On the contrary,kitchen calamities make me appreciate a good meal all the more and long for the days when friends and family could just sit down together and leisurely partake in a well prepared dinner. Nowadays,we're all in such a rush to get those basic daily gatherings over and done with,like a boring business meeting whose only holding interest is in how soon it ends.

Perhaps taking some time out to enjoy a good giggle as well as a good meal is one of those little things that make life worth living:

I love your stories,you have a wonderful way with words; thank you for this update on my birthday cake surprise, which was without doubt the most incredible day I have ever had on Challenge.

I am glad you enjoy the show so much and I enjoy being your Professor McGonagall, gad being included in the same sentence as the great Maggie Smith is honor indeed!

I have a couple of pictures you might like for your site -- please e-mail me on kvsugarart@aol.com.

Thank you for your kindness.