The good,the bad and the glory of Oscar Night 2010

Before the 2010 Oscar ceremony even began,tension was in the air as viewers on the East Coast had WABC7 yanked off the air due to a battle of retransmission fees between them and Cablevision,which left many like myself scrambling about to find an online source to watch the show. The standoff went down to the wire as ABC was returned to viewers about fifteen minutes into the live broadcast.

I was watching a Sky One Movies livestream when news that the Oscars were back on air came about,so I didn't miss out on the surprise opening number with Neil Patrick Harris and lead-in comedy duet of Steve Martin and Alec Baldwin at the start of the Academy Awards. For those of you who did,here's a clip of that and hope you like the NPH musical routine as much as I did:

Steve Martin and Alec Baldwin were decent hosts for the most part(Martin's done this twice before on his own)but next year I hope they recruit Neil Patrick Harris for the gig. NPH is a natural when it comes to hosting big award shows and it was grand to see him here.

By now,the winners and losers are known to us all and in order to keep this post from being as long as the show was,let's go over a few of the high points along with the low and perhaps come up with some helpful suggestions for next year

NO BEST SONG PERFORMANCES: Bad idea,folks. Instead of having the nominees for Best Song sing for their Oscar supper,a montage of clips from each movie were shown with the tune in question played in the background. However,a dance troop was chosen to perform as the Best Score candidates got to strut on the Oscar stage.

Look,I know that after Peter Gabriel threw his little hissy fit last year about not being given more time to sing(which didn't stop him from attending the Oscars while John Legend sang his song for him)but that shouldn't deprive the singers or the audience the chance to see and hear these songs,especially for international viewers who may not be familiar with them.

Also,while the dancers are clearly very talented,the choreography was a tad strange at times. Certain films just do not lend themselves to being prime candidates for interpretive dance and The Hurt Locker is definitely in that category. Nice try,guys but next year,reverse the modes for showcasing the music nominees,please!:

IT'S NOT KOOL TO PULL A KAYNE: Excitement arose from the announcement of the Best Documentary Short,as one of the producers loudly cut in on the acceptance speech being given by the film's director/producer Roger Ross Williams. Seems that the lady in question,Elinor Burkett,had left the project about a year ago due to creative differences but she was attached to it long enough to qualify for the Oscars.

A lawsuit was thrown into the mix,which lead to neither of them communicating before the show and choosing who would speak when if they won. Who ever is right or wrong in that dispute,Ms. Burkett did herself no favors by hijacking the speech and if she really cared about the subject of the film,it would've been better to focus on that rather than her ego issues: 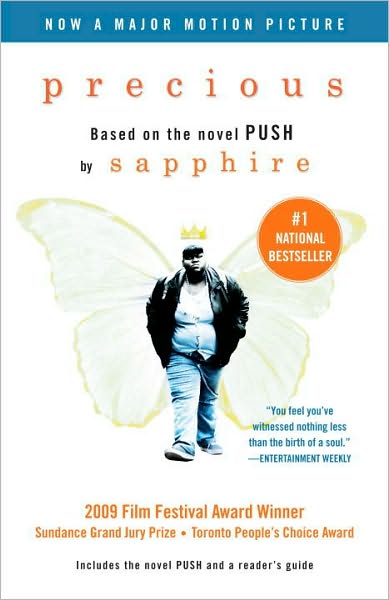 A VERY PRECIOUS WIN: The true joy of winning an artistic honor came about when not only did the movie Precious receive it's highly expected win for Mo'Nique as Best Supporting Actress but landed one for Geoffrey Fletcher in the Best Adapted Screenplay section as well.

It was a wonderful surprise for him and for many Oscar pool betters,since Up in the Air was the odds-on favorite for the gold here. Mr. Fletcher was a first time nominee in this category for his first screenplay,an incredible achievement indeed and heartfelt congratulations are deserved here. His passion for the project clearly shows and is an inspiration to other writers out there,working and waiting to be heard:

NO MORE POINTLESS MONTAGES: A lot of filler time during the Oscars is killed by montage "salutes" and while it was ironically appropriate to highlight horror films for this purpose,that collection of clips didn't do much to enlighten anyone on the genre.

A better use of such valuable time was the tribute to John Hughes that had the likes of Molly Ringwald,Matthew Broderick and even Macaulay Culkin come to give his film legacy praise. Genres like sci-fi and horror get the Rodney Dangerfield treatment enough as it is from the Academey without being dragged out and forced to tap dance for their crowd in order to beat the clock:

Finally,congratulations to Kathryn Bigelow and The Hurt Locker,which won six awards last night and took home the Best Picture trophy along with Best Original Screenplay and Best Director(I was worried that Barbara Streisand was going to run off with Bigelow's Oscar for a moment,the way she kept clutching that thing). Having Bigelow be the first woman to win Best Director was great but having folks mention that over and over again was rather grating.

Kathryn Bigelow earned that award due to her hard work and talent and should not be seen as some token winner;other females have been up for this award(not as many as men,true but she's not the first and won't be the last)and her victory here should be seen as a triumph for all artists in her field.

She rightly takes her place in the winner's circle with Sandra Bullock,Jeff Bridges and Christoph Waltz as they and many others march into the pages of Oscar history and hopefully paves the way for future film folks to follow their lead into creating more movie magic that all of us will cherish for years to come: