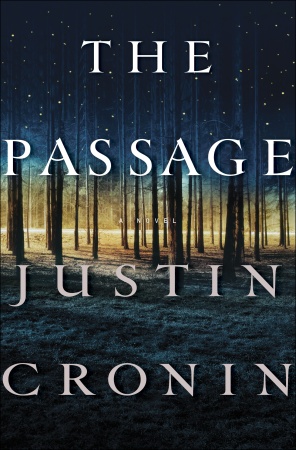 Writer and former Publisher's Weekly editor Sara Nelson had an entire chapter in her literary memoir,So Many Books,So Little Time,about opening lines in novels and the impact they can have upon a reader. I don't know if she's come across Justin Cronin's upcoming summer title The Passage just yet,but I think that she would be rather wowed by the hook Cronin uses to bait his potential audience into his strange new world:

"Before she became the Girl from Nowhere -- the One Who Walked In, the First and Last and Only, who lived a thousand years -- she was just a little girl in Iowa, named Amy."

Quite the lure,indeed-when I won an Advance Reading Copy of The Passage from Good Reads,it was like waking up on Christmas morning and finding the perfect present underneath the tree. I had heard plenty of early praise about it and despite any cautions about not being too quick to buy into the hype,I was ready like Freddy to dive in. Turns out that my eagerness was well rewarded.

"Yeah,okay,you liked it-what's the book about?!" Glad you asked me that,friend. Our story starts in an America set some time in the distant future,where a reluctant FBI agent,Brad Wolgast,and his young partner are sent out to recruit death row inmates for a secret government project.

The experiment involves using a formula derived from an exotic type of bat and the hoped for end results are super soldiers with lightning fast healing abilities.

After twelve condenmed men are made into test subjects,one of the scientists insists upon using a child as sort of a chemical counterpoint. On the radar as a possibility for this scheme is Amy Bellafonte Harper,a six year old girl abandoned by her on the run from the law mother at a local convent. Wolgast is close to outright refusal of this assignment but does claim her and brings Amy in. Not long after her arrival,the twelve other test subjects stage a revolt and escape their confines,spreading their deadly condition to all who are unfortunate enough to be in the way:

Amy and Wolgast manage to flee the scene as well,with the help of a couple of unexpected allies. While the virus has altered Amy,it has not changed her into a bloodthirsty creature like the others,who are now The Twelve that set off a vicious chain of events which spiral the country down a destructive whirlpool of chaos and disorder. Nearly a century later,there is no one nation-pockets of human descendants from The Time Before have made communities where they live a simpler life and still manage to tap into whatever energy sources are left to keep the lights on at night.

Keeping the lights on is crucial to survival,due to the beings known as "virals",those who were once human and now are vampiric predators that stalk their former friends and neighbors. Patrols are maintained to defend against them but anyone caught outside the walls after dark is doomed to meet a gruesome end: 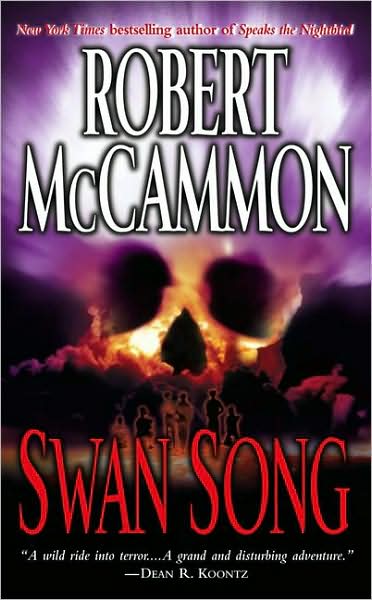 Walking into the midst of one of these strongholds is Amy,who has the physical appearance of a young adolescent but is far older than that. Her long lonely years have drawn her into seeking human companionship again,especially after meeting Peter Jaxon,a young member of the Watch who shares the curious nature of his father,a man who left their home to seek out what was left of the world after the leaders of their community refused to explore any further beyond their known boundaries.

Peter is aware that Amy is not an ordinary girl by any means,particularly after witnessing her powers to ward off the virals from attacking. Upon her arrival into his territory,Peter and a few others soon realize that the time has come to leave their home in search of a true solution to the problem of the virals,before the lights go out for good: There's even more story after that,but it's best that you discover those delights on your own. The Passage may ,at first glance, seem like a pop culture hodgepodge of sci-fi/fantasy elements that you've seen before but trust me when I say,this is something completely different.

For one thing,Justin Cronin gives even his secondary characters an incredible amount of depth and back story that instead of dragging the plot down,only increases your interest in reading onward. The first chapter alone gives a novel's worth of character development into Amy's mother,a young woman who was heading towards a sad fate, regardless of the viral apocalypse to come. The villains and heroes of this epic tale are not cookie cutter stamped out,but given an essence of reality that makes the fantastical elements of the plot much more plausible.

Also,when there is action,the pace is not lagging. The tension and suspense about what may or may not happen to certain characters along the way is on the edge of your seat level and not done cheaply. There are plans to turn The Passage(which is meant to be the beginning of a trilogy)into a film and if that is handled correctly,should rival The Lord of the Rings movies for excellence in bringing a fully fictional world to life onscreen.

The underlining theme of the book is pursuing the opportunity for hope and change when it presents itself to you,as well as holding on to love as the reason to keep on going when things are at their worst. That's a message which is delivered without hokum and one that resonates to more than one generation. The Passage lets the reader find their way home,to a new realm of reading and wonderment for all: