Is it really necessary to clean up The King's Speech?

With the announcement that a PG-13 version of this year's Academy Award winning film,The King's Speech,is to be given a theatrical re-release and the start date being April 1,you might at first be inclined to think that this very idea is some sort of cinematic joke. Sadly,however,this happens to be all too true.

The justification for this voluntary re-editing of a film that's won numerous honors in more than one country is to help teenagers,according to the official statement:"“The action enables those to whom it speaks most directly — young people who are troubled by stuttering, bullying and similar trials — to see it.” Well to begin with,it's fairly obvious that The King's Speech was never marketed at young people to begin with.

Also,since this is an inspirational story based upon true facts,attempting to whitewash some of those elements only serves as a determent to the intent of providing positive support to those who are in need of it.

What is the reason that The King's Speech received an R rating in the first place? Ironically enough,since the movie won Best Original Screenplay,it's language. There is one scene between the king and his speech therapist where profanity is being used as part of a verbal excuse and that's the bit which will be severely clipped:

Sure,there are a few "adult themes" here and there but it's hearing Colin Firth spew a few swear words that was the main bone of contention for the MPAA. No graphic sex or violence,just a handful of impolite terms that are no surprise to anyone under or over the age of twenty-one.

Guess what,MPAA members-Colin Firth is less than thrilled that you want to sanction a watered down edition of the film that gave him an Oscar for Best Actor and as to his faithful fans from his Mr. Darcy days,we've already heard him say the F word onscreen before and it didn't bother us at all. If we can be grown-ups about this,so can you.

What is really annoying about this is the blatant disregard for the intelligence of the movie going audience-granted,there are folks who pay little attention to ad campaigns or the ratings and walk into movies not expecting certain things to happen,just as there are those who take little children along with them to watch Saw IV(I've seen this with my own eyes,sad to say).

Yet,that is no excuse for censorship and for the studio to shamelessly re-market a so-called tamer cut of such an acclaimed film is appalling to say the least. There is a very marked difference between what a movie's rating claims to be and what it actually means and by playing their game,TWC is only enabling the MPAA to keep on keepin' on:


NEW SCHOOL REVIEW OF WHAT THEY ACTUALLY MEAN(A LITTLE BIT RAUNCHY-YOU HAVE BEEN WARNED!): "So,we shouldn't have a ratings system at all,then,huh?" No,I think that a ranking of film content for parents is fine in general but it needs to be consistent and agenda free. Cherry picking what should be shielded from the eyes and ears of "impressionable" viewers based upon personal politics is just plain wrong.

A huge part of the hypocrisy here is how independent films are the hardest hit by the strict guidelines of the MPAA,while major studio releases particularly have someone on the board holding their hand during the re-editing process. Yes,many things are not fair in life but when it's this obvious,that cut stings the worst: 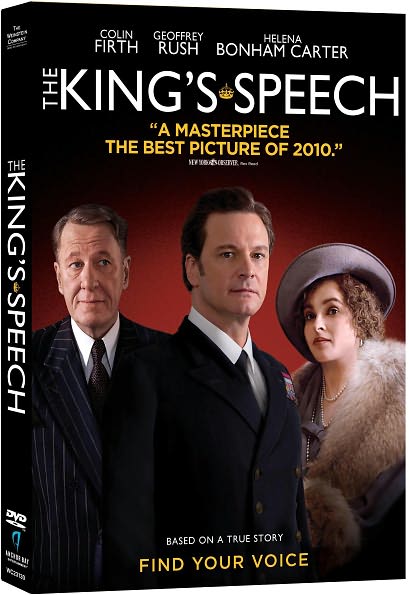 Despite all of this,I still want to see The King's Speech but will wait for it on DVD in it's original R rated glory. Seeing a compromised version on the big screen is too much of a letdown and a rather nasty blemish on the artistic face of this highly touted film.

Perhaps the studio will reconsider their decision or the box office coffers for this cleaned up release will hold a pitiful amount of coin that makes another such attempt not financially worthwhile.

Even if neither option happens,I sincerely hope that this is not the beginning of a new Hollywood trend. The MPAA ratings system is bad enough as it is without becoming completely cartoonish for all concerned: