Why is there a need to drag Stephen King's Carrie back from the grave?

Remake mania is not strictly limited to Hollywood,it seems. An announcement was made last week regarding the Off Broadway revival of Carrie:The Musical,which is said to have revised some of it's original playbook,to have it's preview run begin by January of 2012.

The first production of this stage adaptation of Stephen King's debut horror novel became an infamous theatrical flop,similar to this year's Spiderman:Turn Off the Dark. Just mentioning Carrie:The Musical was an instant punchline,like reminding Mariah Carey fans about Glitter.

In some ways,this new revamp of Carrie has probably been emboldened by the pop culture spotlight given to Spiderman:Turn Off the Dark,along with the bizarre persistence of the TOTD crew to keep that show running. Considering how harrowing the reviews of Carrie:The Musical were the first time around,it may take a hell of a rewrite to make this phoenix rise from the ashes:

Of course,there are those who loved the original show and will be pre-ordering their tickets,next to the folks eager to see if this version will be any worse. Some may even argue that it's better to remake a production that didn't work in the first place instead of trying to recapture the magic of an already successful show.

While I agree with that notion,I'm not sure if Carrie is the best show to start retooling with here. Altho the 1976 Brian DePalma directed cinematic version of this story had several major changes from book to film,it did showcase the whole "high school is hell" theme of the novel rather well and brought some walloping scares along with it.

Even with a better script and special effects,my doubts about any acting company being able to replicate that convincingly on stage are still mounting:

There's also talk of doing an actual film remake of Carrie by the studio honchos who already have a screenwriter on board for it. Stephen King,who doesn't have control of the film rights for that,is not exactly thrilled about that and asks the right question regarding the whole idea:

"Who knows if it will happen? The real question is why, when the original was so good? I mean, not Casablanca, or anything, but a really good horror-suspense film, much better than the book."

Well,the best answer that I can give you,Steve,is that many of those studio guys out there seem to treat movie making like a sure investment-to them,it's smarter to put money into a project that's proven to be successful before rather than take the chance on something brand spanking new and original.

The problem with that notion is that those once hit films were once new and original back in the day,which is part of the reason that they did so well to begin with. I know,I shouldn't be using logic here but maybe it would help some of those studio suits to actually sit with an audience of regular moviegoers to see what really resonates with them: 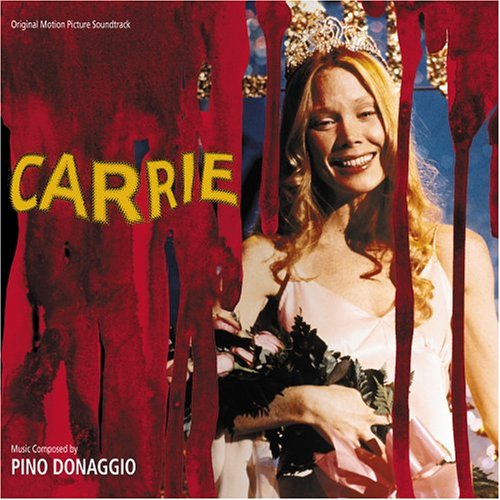 Our only recourse at the moment is to wait and see how these new tweaks on Carrie will turn out. Maybe the new musical will be interestingly creative,like having the whole cast be made up of drag queens(there are plenty of gals from Ru Paul's Drag Race alone who could pull this off nicely)or letting Lady Gaga write one of the songs.

One can dream,after all,and is it too much to hope for a High School Musical From Hell approach to this twisted Cinderella story? All I'm saying is that you should bring something new to the show to make it worth our pop culture while: