My personal playlist for Ready Player One 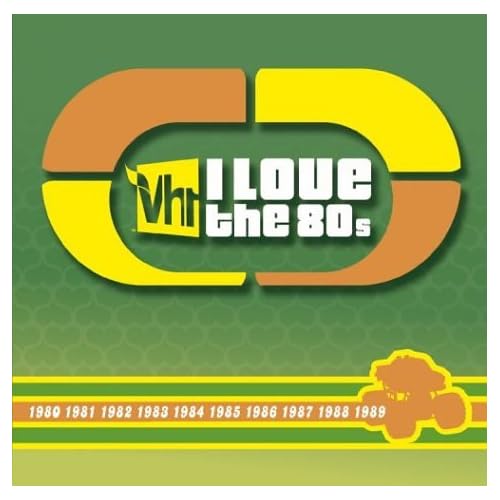 Lately,I've been reading Ernest Cline's debut novel Ready Player One which is set in a futuristic world dominated by the ultimate in virtual reality games and the key to making high scores is in-depth knowledge of pop culture from the 1980s.

My full review of the book will be posted soon(as soon as I finish it,that is)but while you wait,I have assembled a set of music video clips that would serve as the most perfect soundtrack for this fantastically fun read.

While there are numerous pop culture riffs throughout the book that cut across all arenas of entertainment,the clips that were selected here reflect my favorite bit of cross promotion;tie-in movie theme songs:

First up is Cyndi Lauper's "Good Enough" from the cult classic The Goonies. This video was a major part of the studio's promotional campaign for the film,with the first half being released before the movie hit theaters.

One of the fun things about this is how jam packed with off beat celebs both parts are. In addition to Cyndi's regular crew of misfits(including Captain Lou Albano and her mother),most of the big league wrestlers from the WWF are on board as modern day villains and pirates with the actual kids from the movie allying themselves with Cyndi in her plight and yes,there is a Goonies based planet in the RPO universe:

Next,we have Huey Lewis and the News with "The Power of Love" from the original Back to the Future film.

The power of this tune lead it to becoming a Best Song nominee at the Oscars that year and despite the fact that Huey Lewis & company also contributed another song to the soundtrack(aptly named "Back in Time"),The Power of Love has persisted as the instant musical cue for the entire trilogy.

This movie certainly made an impact on the author of RPO,as one of the first things he bought with his advance money was an old school DeLorean,similar to the one Doc is driving in this video: By an interesting coincidence,Huey Lewis was too busy working on the Back to the Future songs to take an offer to do the theme for Ghostbusters,which went to Ray Parker,Jr.

Some time later,Parker and Lewis were on opposite sides of a lawsuit claiming that the song bore a striking audio resemblance to an earlier HL&TN hit,"I Want a New Drug." Everyone wound up settling out of court and living somewhat happily ever,until Huey breached a confidentiality agreement about the whole thing on a VH1 special many years afterward.

None of this kerfuffle affected the popularity of the song itself,the celebrity cameo happy video or the film's influence on RPO: Alas,it would not be right to end this play list without a mention of Highlander. That film does naturally get more than it's fair share of referencing in Ready Player One and for good reason. After all,the concept of "There can only be one!" does apply to the quest theme of the story.

The band Queen certainly weren't strangers to the notion of contributing their talents to fantasy films and having the movie's star Christopher Lambert join them on stage for "Princes of the Universe" was quite the camp coup here:

While you may be sick and tired of revisiting the 1980s,it is good to ponder about why this decade does seem to have a stronghold on certain segments of the pop culture audience today. Ready Player One does address that subject a bit as well as celebrate the wonderful wackiness that came from those days.

As the old saying somewhat goes,those who refuse to learn about the past are doomed to repeat it in more ways than one: