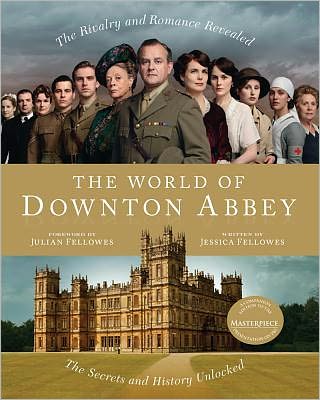 With the second season of the acclaimed British series Downton Abbey in full swing on our American TVs,fans are flocking to bookstores and libraries to find something suitable to read to fuel their fascination with this time period.

There are plenty of tomes to choose from,ranging from direct tie-in pictorials to historical accounts and novels set in and around that era.

To make that search a tad simpler for you(and the person enlisted to seek out such noteworthy titles at your local library/bookstore),I have whipped up a short list of suggestions that should be as useful as any hints dropped by Dowager Countess Violet as to proper procedure: 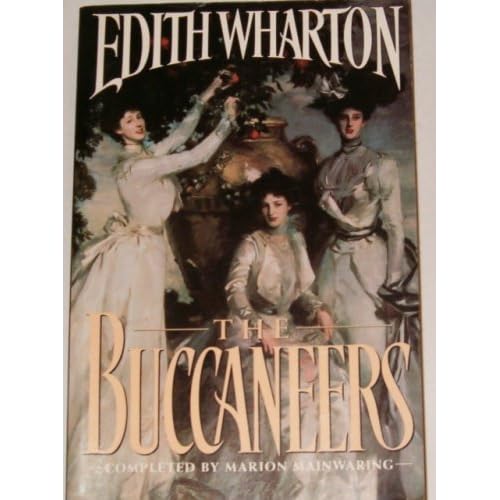 With one of the main dilemmas facing the Crawley family being of who Lady Mary should betroth herself to in order to maintain respectability and a fortune,the works of Edith Wharton are practically a must-read here.

Wharton not only covered the social stigma of not making a connection that pleased both head and heart,she showcased the struggles that both men and women dealt in this polite game of matchmaking for money that benefited no one in the end.

Much like Lady Cora did in her youth,the heroines of Wharton's unfinished novel The Buccaneers(another writer completed it in 1993)were American heiresses who sought English noblemen as mates. The exchange of new money for old titles was considered a fair bargain in those days,without any regard for the real price that would be paid by each party over the years:

WHAT THE SERVANTS SAW

For a true behind the scenes look at what living and working in a grand house was like back then,your best bet is Margaret Powell's Below Stairs,a memoir of her time in "service" written in 1968. Powell spent eleven years as a member of the staff of a notable family during the 1920s,working her way up from kitchen maid to cook.

Her recollections of the vigorous chores and secret scandals that affected both sets of residents within the household were a real breakthrough in discussing the inequities of those days.

Her book was also one of the inspirations for the classic Upstairs,Downstairs series back in the seventies and Powell was truly delighted with how the show portrayed that time in her life. Julian Fellowes,the writer/creator of DA, names Below Stairs as one of his go-to reads in making this world come to life and it's nice to see such a literary legacy passing on to more than one generation:

Whether your favorite characters are above or below the stairs,it's the dramatics of their situation that keeps you going. John Galsworthy embraced that firmly in his series of novels that became known as The Forsyte Saga,which chronicled the life and times of an upper class family during the early part of the Edwardian era in England.

The lives and troubled loves of the title clan were considered entertaining and artistic,bringing it's author a Nobel Prize for Literature and numerous adaptations for radio,television and film.

At least two made for TV miniseries were made from these stories(the most recent being in 2002,with a follow-up in '03)while Hollywood chose to turn only one of the books into a complete movie called That Forsyte Woman in 1949. It's a shame that this film doesn't seem to be available on DVD,since it sounds like a picture perfect treat for avid Anglophiles: 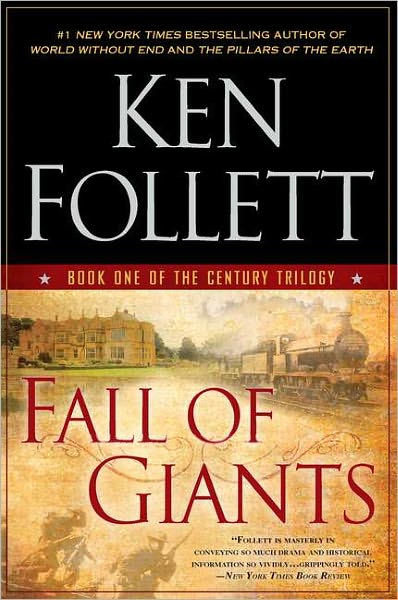 A WORLD OF WORDS AT WAR

With this season of Downton dealing with WWI,the demand for books concerning that major moment of history has been tremendous. For a well written fictional viewpoint on that subject,Ken Follett's Fall of Giants couldn't have come at a better time.

The five families that are the focus of this novel are from different parts of the world stage but England is represented with folks at both ends of the social spectrum in that time period.

Another plus in FOG's favor is that Follett does his homework very thoroughly when it comes to his historical fiction,so at least you'll be getting some good informational seasoning in this storyteller's stew:

Some might wonder why the likes of Downton Abbey has hit home with so many people in our modern era but it's not so puzzling to me. Historical fiction,whether it's in book or film form,allows one to look back at the changing circumstances that our predecessors faced in their time and how they chose to deal with them. In some ways,things have both changed and yet remained the same.

Also,it is fun to see such things as intense romance,family drama and smartly written dialogue be the stuff of pop culture chic for the time being. Seeing the cutting remarks of Dowager Countess Violet be acclaimed as cool as anything uttered in a Tarantino movie thrills me to no end and hopefully,this cultured vibe will spread it's influence beyond books and film: