I've had my doubts about Bridesmaids ever since the first trailer came out and despite the film's popularity,my urge to see it was completely nil. However,with the two Oscar nominations that the movie received recently,the time to rent this gal pal flick was now.

After watching the entire film last night,I have some different conclusions about it. While I didn't find it laugh out loud funny,there were engaging plot developments and characterizations that held my interest right up to the end credits.

Bridesmaids does have it's charms but all of the hype that glitters around this ensemble number is not gold. Before I go any further,there will be discussion of key plot points here,so spoiler alert,Will Robinson!(you have been warned): 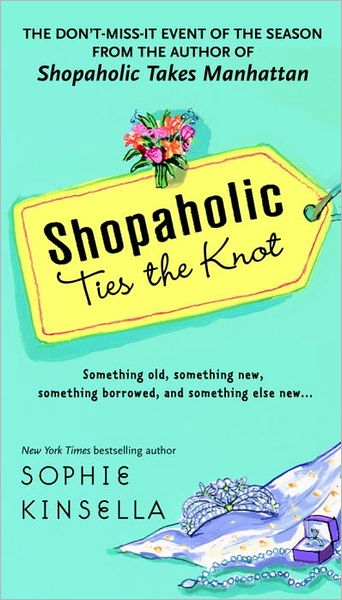 The biggest balloon to be burst at this party is the whole "this is not a chick flick!" mantra that everyone connected with Bridesmaids has been chanting nonstop to the media. Folks,I know that you meant well with this and your goal was to break out of the girlie ghetto that Hollywood sets up for this kind of film but you are also doing this movie a big disservice.

The truth is,Bridemaids is a chick flick with bathroom humor and major league swear words. I say this not only as someone who's seen quite a few of the films in this genre but as a reader of chick lit as well. The main plot of this movie could easily serve as the storyline of a book by the likes of Sophie Kinsella or Jennifer Weiner. Our leading lady Annie(Kristen Wiig)is feeling incredibly inadequate as her life is taking more that one turn for the worse. Her bake shop went bust and her boyfriend dumped her at the same time,leaving Annie two step away from broke.

She's working at a job she hates,her only effort at a love life is being a jerky guy's occasional booty call and her housing choices are between staying with her eccentric mother or her eccentric roommate and his creepy sister.

The one bright spot is her best friend Lillian(Maya Rudolph),who has just gotten engaged and wants Annie to be the maid of honor. Annie is thrilled to be helping her lifelong friend but getting overwhelmed at the finances of her wedding duties,not to mention one of the other women in the bridal party determined to horn in on their relationship. If that doesn't sound like a typical chick lit novel,I don't know what does:

THE FIERCENESS OF THE FUNNY

Calling Bridesmaids a chick flick or worthy of the chick lit label is not intended as a put down. Rather,I think it's kind of sad that such a female friendly film like this has to be in constant denial about what it really is in order to bring in more box office revenue.

Also,while I did find some of the dialogue amusing(one of the best lines to me was "I've seen better tennis playing in a tampon commercial"),many of the notorious sequences in the film,such as the infamous food poisoning at the dress shop,felt pretty forced there.

Frankly in my opinion,there was plenty of material on hand already to make
some fabulous funny moments,such as Annie's rivalry with Helen,that had a more organic connection to the story.

Those threads weren't as strongly woven as they could have been and when they were being picked up on,the temptation to go above and beyond gave those scenes a halting quality.

For example, the scene where Annie has had enough of Helen ripping off her ideas and pitches a fit at the bridal shower started off alright but trashing the decor while getting into a shouting match with Lillian about bleached body parts killed the joke. Over the top can work but it's a very delicate balancing act for any comedic actor to take on and can leave you falling flat on your face. Not to mention falling back on easy physical humor.

Gross is as gross does,and while it can be fitting at times,a good gross-out has to come across as natural. No matter whether it's guys or gals, a gag worth gagging over should fit like a glove(granted,not a glove that you'd want to wear often):

Melissa McCarthy has had a great rise in her career,thanks to her lead role on Mike and Molly as well as this film,and as a fan of hers,it's been wonderful to watch. Her take on Megan,the brash and bold member of the bridal bunch,is a breath of fresh air as no matter what the circumstances are,she stays true to herself.

From hitting on the man sitting next to her on the plane to Vegas to swiping as many puppies given as bridal shower gifts as she can,Megan is shameless when it comes to enjoying life on her own terms.

To me,her best scene was when Megan decided to give Annie a pep talk about dealing with her problems. She opened up a little regarding her own seemingly happy go-lucky nature and gave Annie the emotional kick in the pants that was needed. While Melissa did bring the funny,she also contributed to the real heart of the story:

Overall,I had to say that Bridemaids was better than I expected but it could have been a lot better than it was had they embraced the female bonding aspects of the plot more and cut down on the gross outs. Kristen Wiig is right not to want a Bridesmaids sequel,since there's no need to continue this story other than sheer greed,and perhaps the success of the film will encourage Hollywood to take more chances with female focused material.

So,I'm willing to raise a glass in their honor and send some congrats their way,with the hope that Bridesmaids blazes a path that others can follow to film fame and glory. At the very least,this should inspire future drinking games for Oscar parties to come: