Fear flicks spring forth at the Movie Trailer Park 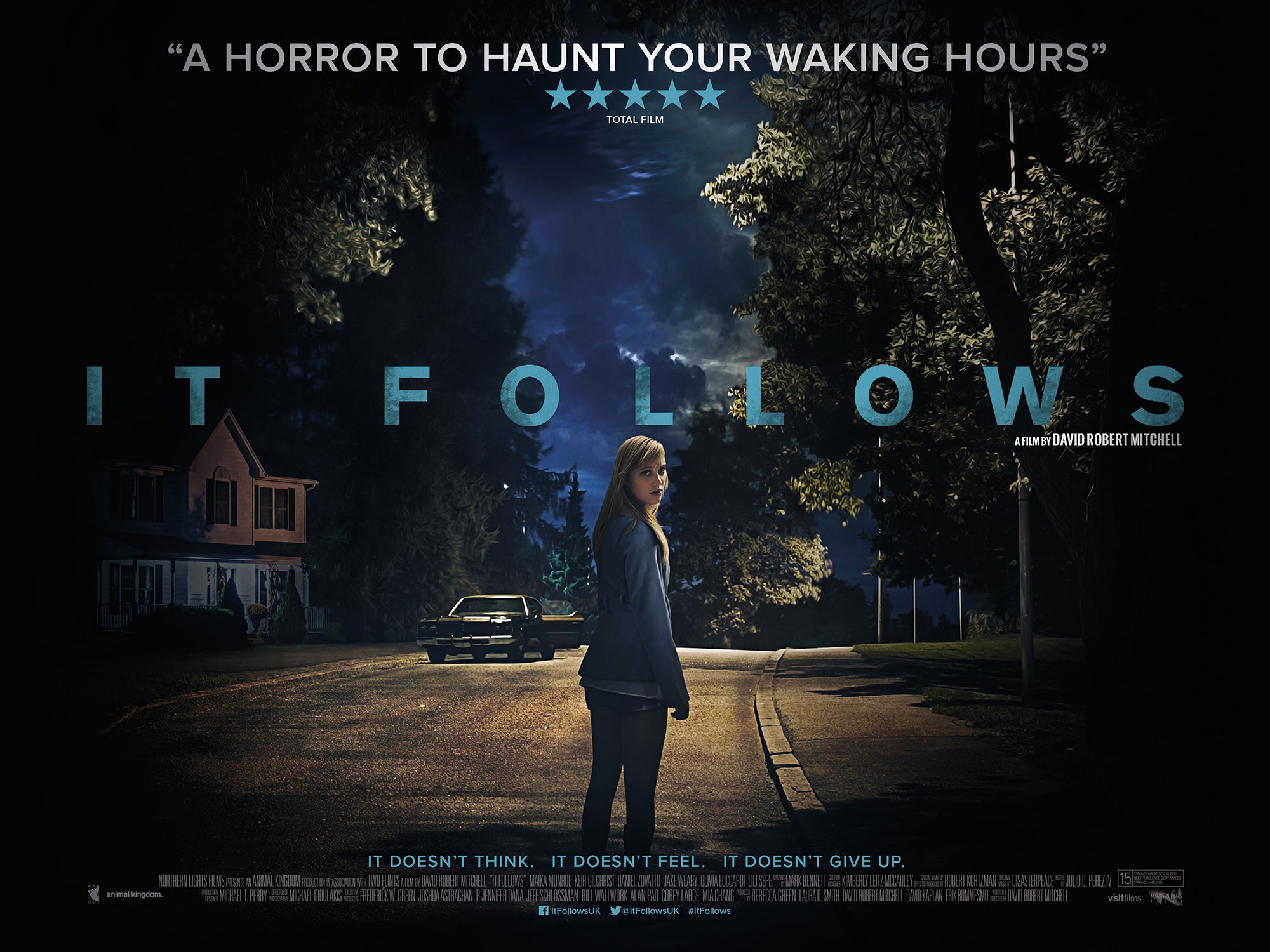 While spring is taking it's time to arrive, the upcoming films for this season are right on track with one of the perennial genres to crop up being horror.

Much like flowers, horror comes in a vast variety of blooms with similar shades of color yet can be surprisingly distinctive. Let's take a gander at a handful of fright flicks set to make you cringe in your cinematic seat:

IT FOLLOWS: This low budget chiller has gotten so much buzz from it's film festival runs that it's now going to have a wide release in theaters instead of slipping to DVD/VOD country. The basic premise of the plot has a young woman named Jay(Maika Monroe) being informed by Hugh(Jake Weary),the guy she gave her virginity, to that their tryst has made her the target of a curse.

A shapeshifting wraith will now pursue her relentlessly and if it catches her, Hugh and everyone else trapped in this deadly daisy chain will be eliminated. The only way to rid yourself of this curse is to pass it on via another sexual encounter.  This might sound like the typical "sex equals death" trope that teenagers deal with in horror but the movie is much more atmospheric and scarily subtle than that from what I've heard from others:

UNFRIENDED: This latest attempt at the "ghost in the machine" subgenre has
a teen girl named Laura Barnes suffer so much humiliation from her peers, due to an online video and trolling taunts, that she ends her own life.

A year later, her so-called friends are chatting away via Skype when they receive an unexpected guest to their party who wants to share the pain. The story is mostly told via internet screens, which does allows for some moments of quiet horror yet I suspect that some gore is going to be splashed on more than one screen.

While I find the title a bit awkward sounding(the original one was Cybernatural,not that much better), the set-up reminds me of a couple of segments from the V/H/S anthology films, so it might have some potential for a good scare there:

POLTERGEIST: It wouldn't be a modern horror movie season without a pointless remake and for your possibly viewing pleasure, we have a new version of the 1982 Tobe Hooper/Steven Spielberg haunted house film.

This one stars Sam Rockwell and Rosemarie DeWitt as the terrified parents looking to save their little girl(who is not named Carol Ann) from the vicious netherworld residents holding her captive.

Since this is supposed to be a reboot rather than a remake, the look and feel of the film is more in line with Insidious and Paranormal Activity than the glossy F/X laden appearance of the original. I don't want to jinx anybody but considering the terrible run of bad luck that affected the first three Poltergeist films, I just hope that any purification rituals in the film were done off screen for the cast and crew as well as on:

THE SISTERHOOD OF NIGHT: This is one of those films that Fangoria magazine would cover by saying "It's Not a Horror Movie..." but there is some menacing meat on these bones that makes it worth looking into.

When a group of four girls forms the title secret society, one of their classmates, motivated by jealousy at being left out, starts to spread rumors of dire occult practices being performed by TSHON. The girls refuse to talk about their woodland meetings, making the rest of their small town more determined to break them up.

Are the girls witches or just playacting? There's a nice Salem witch trials motif here, with the addition of social media, and a touch of Twilight Zone story telling vibe to boot. This film may not get a wide release yet it could become a sleeper hit, let's wait and see:

Finally, I'm rounding this movie trailer post off with one film that's about to hit home video very soon and is definitely a must-see for vampire fans.

A Girl Walks Home Alone At Night is a sly twist on the bloodsucker genre, as a nameless female clad in a chador wanders the streets of a ghost town after dark, encountering possible friends and potential victims along her way.

The film is written and directed by Ana Lily Amirpour(based on her graphic novel) and the noir style of b&w filming combined with a Spaghetti Western theme,plus a vampire mythos with an Iranian cultural setting, is truly that breath of fresh air so desperately needed in the mainstream media these days.

I already have this film reserved on my Netflix queue and any self respecting horror fan should make a concerted effort to check this one out, particularly after dark:

Thank you so much for the link! I gotta say, you really will enjoy the hell out of It Follows. (but please note: our heroine is not a virgin at the film's start)

I don't really have much interest in the other films - I suspect that webcam footage won't scare me (despite its popularity, paranormal activity's camera-centric act didn't lure me in), I have no desire to see another remake, especially of Poltergeist... Although Sisterhood may draw me in, if it gets some decent reviews...

Aside from IF, which of these films interests you the most?

You're welcome for the link and totally my bad on that IF virgin assumption I made(and we all know what happens when you assume...)

A Girl Walks Home Alone At Night, I'm pretty jazzed for, since I love the vampire genre and like to see new takes on it. With any luck, I'll be able to watch on my birthday(the Netflix release date is April 21, a few days before my b-day).

Also think Sisterhood of the Night is worth looking into, as there seems to be a strong thread of social commentary slipped into that mix. I suspect that movie won't get much of a release in theaters(unlike Unfriended or Poltergeist) but who knows, stranger things have happened!