Gearing up for Oscar Night 2016

For once, the hype surrounding the Academy Awards might actually lead to more viewers as the #OscarsSoWhite discussions have become way more interesting than most of the nominees.

Yes, some will be boycotting and that's fine because in order to really change anything about how nominees in all of the categories are featured and selected, tough measures have to be taken.

I will still be watching since this is my cinematic Super Bowl and hoping to see not only a few surprise wins but to hear plenty of (hopefully positive and/or hard hitting)commentary from the presenters about the diversity in entertainment issue,especially host Chris Rock.

However, this still is an awards show all about the movies, so a little look into what to expect from the potential winners of these trophies is sort of a must, so let us begin:

LEO GETS HIS GOLD: The only safe bet on Oscar Night is that at long last, Leonardo DiCaprio will win Best Actor for The Revenant. This victory has been a long time coming for DiCaprio, with this being his fifth nomination and his having done a steady stream of solid performances.

Personally, I have no qualms about him getting the award-I haven't seen the movie but his talents are hard to deny. I just hope that after finally reaching this career high point, DiCaprio doesn't fall back on his laurels and walk through a number of well paying yet meaningless parts in mediocre films(yes, Robert DeNiro, I'm looking at you).

There's nothing wrong with doing a movie for the sheer fun of it and goodness knows, DiCaprio could use a less intense part or two. The last lighthearted role I've seen him in lately was as one of the villains in Django Unchained. However, this Oscar should turn into another artistic stepping stone for him and not a plateau. Good luck, Leo and try to have a good time with your future work, now that you can cross this off of your to-do list:

SOME SMALL SURPRISES: Another nearly safe bet for an Oscar win is Brie Larson as Best Actress for Room, a story about keeping hope alive in a captive situation as a young woman kept prisoner by a predator makes escape plans with her born in captivity son.

As a fan of the Emma Donaghue novel upon which this was based(Donaghue is also up for Best Adapted Screenplay), I have a keen interest in seeing this film do well here and was pleasantly surprised to hear of a slight chance for Room to win Best Picture.

According to a recent article in the NYT, the Best Picture race has divided loyalties, with one guild favoring The Revenant, another going for The Big Short and a third group for Spotlight. With such a split vote, a little movie like Room might be able to upset the big boys and take the win. I certainly would love to see that. True, Mad Max:Fury Road is another possible alternate win and I'd be pleased with that as well. However, it would be more of a Cinderella victory for such a solid female focused film like Room to be called to the stage: 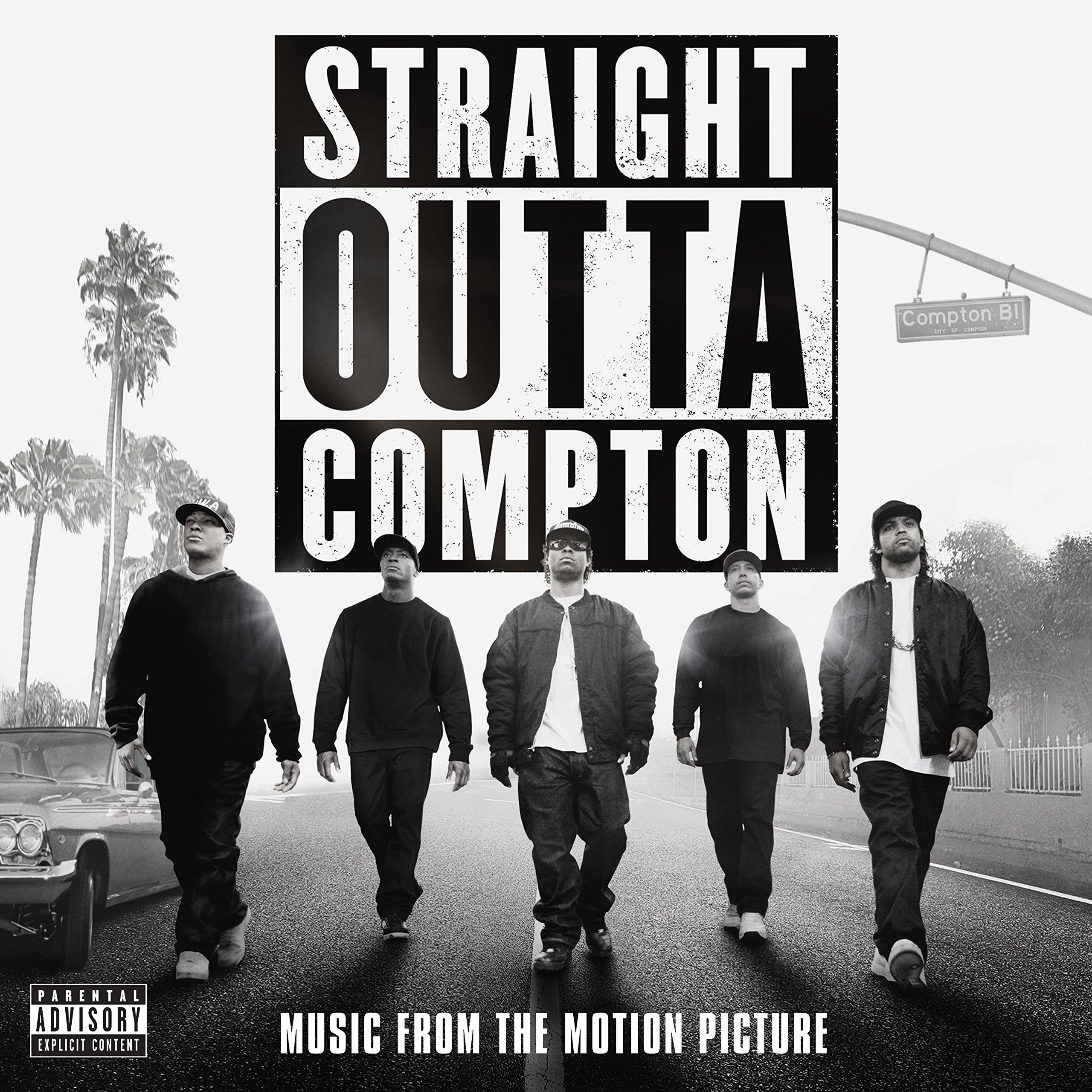 I finally caught up to Straight Outta Compton and it really deserved more nominations, particularly F. Gary Gray as Best Director and acting nods for O'Shea Jackson,Jr and Cory Hawkins as Ice Cube and Doctor Dre.

One of the best things about this movie was the straight forward honesty in presenting the rags to riches story of N.W.A.-granted, Ice Cube was one of the producers but he certainly didn't downplay any of his past behavior or hide his former flaws and to have his son portray him, warts and all, shows what a stand-up guy he ultimately is.

The movie only has one nomination in the Best Original Screenplay section and perhaps some of the Oscar diversity talk might gain it a win. While that would be ironic,since the screenwriters happen to be white, this was a good script worth being honored and it's an extreme shame that it wasn't backed up with other just as deserving nominations.

More than likely,Spotlight will get the Oscar but I do think that SOC has a real chance. It does possess a universal appeal for writers here in that it's all about misunderstood artists who are struggling against the system in order to get their message heard,plus share their creative inspiration with others:

...AND THE REST: I also caught up to The Martian and while it was a smart engaging film, the good will that it generated with audiences and industry folk was burnt up faster than rocket fumes. A quality entertainment to be sure but I'm not seeing any big wins for it on the way.

In the Best Song category, it galls me that one of the tunes from Fifty Shades of Grey is included(nothing against The Weeknd there) and while the Sam Smith number from Spectre seems like an easy win, buzz is swarming about Lady Gaga's "Til It Happens to You" from the documentary The Hunting Ground, so that might be another upset win there.

Sly Stallone is no doubt going home with a Best Supporting Actor trophy for Creed but it's an out and out shame that leading actor Michael B. Jordan wasn't a fellow nominee(even if he lost to DiCaprio, Jordan should have been given that chance). When it comes to Best Supporting Actress, it appears that Alicia Vikander will be getting that golden boy. Her career star is on the rise right now and with any luck, it will be a guiding star towards more good roles.

I would like to check out some more of the big films here such as The Danish Girl,Brooklyn, Bridge of Spies and of course,Room.Some of the other Best Picture hopefuls, I'm not in a big hurry for(The Big Short looks like condescending crap to me) but time will tell, I suppose. For now, may we all have a good Oscar time and be prepared with popcorn to see what golden goodies will be in our Academy Award basket: