Start your Summer reading off right with these May/June picks

Very much like the movie industry,the blockbuster book releases start up in May and by June,are well on their way to setting up shop for summertime reading. With that in mind, think of this book preview as a highlight of coming attractions at your local cineplex of the mind.

After all,there's really not that much of a difference;plenty of thrills,chills and special effects abound on these pages,along with laughs,love and moments of high drama. So, grab some popcorn and have a seat,as the trailers begin:

I've already given my two cents on Stephenie Meyer's soon to be released adult novel,The Host,but hey,if they can hype up Iron Man from here to eternity,why not make some extra noise for one of the best sci fi love stories to come along in a long time?

With the next book in the Twilight saga,Breaking Dawn,due to come out this August and the film adaptation of the first book in the series expected to hit theaters by next Christmas,Meyer is primed to become a huge player in Hollywood as well as with book lovers everywhere. A good place to get onboard this Starlight Express is with The Host: 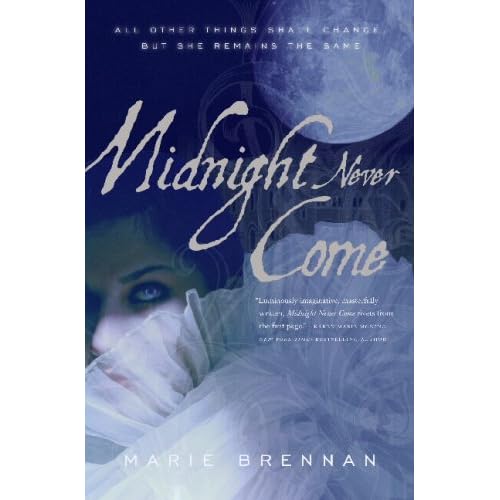 In Marie Brennan's historical fantasy novel,Midnight Never Come,the courts of Queen Elizabeth I and the Faerie Queen Invidiana are secretly connected to one another,with shared intrigues that could topple them both.

A pair of spies from each realm must work together to protect their world and discover where their true loyalties lie. This blend of royal backroom dealings and faery mythos sounds like the perfect recipe for a tasty picnic basket of delights for the adventurous reader.(May)

The third volume of Jacqueline Carey's second set of Kushiel novels,Kushiel's Mercy,will be released in June and continue the saga of Imriel and Sidonie as they struggle to keep true to the creed,"Love as thou wilt". I must confess that I'm just starting to get into these books and already envy those who have loved them this far along.

Speaking of sagas,one of the reigning queens of that genre is arriving this June with An Absolute Scandal. Penny Vincenzi's new novel focuses on a group of downtrodden yuppies and working class folk who are both affected by the sudden crash of Lloyd's,a major banking house, during the nineteen eighties.

Vincenzi is one of those wonderful British writers who is keeping the grand old tradition of steadfast sagas alive and well(yes,I'm shamelessly partial to the Brits)and she seems as down to earth and as charming as the stories she tells: 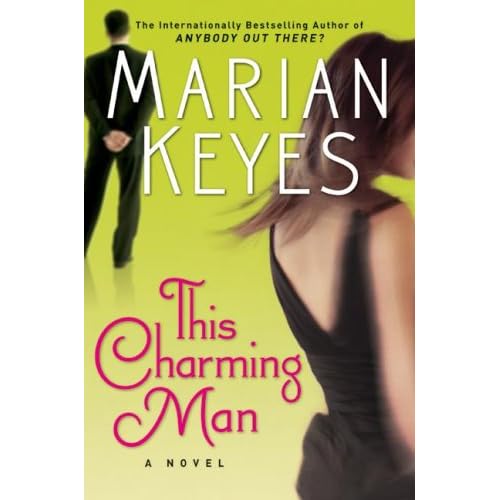 Another favorite Brit of mine is Marian Keyes,who will be gracing book shelves soon with This Charming Man. Upon news of the upcoming marriage of local politician Paddy de Courcy,four women are forced to examine their connections to him.

One of those ladies is the bride to be,Alicia,and another is Lola,who has been dating him long to wonder why she isn't. As reporter Grace(with some assist from her sister Marnie)closes in for the real scoop,the truth may reveal more than all of them imagine it to be(June 17).

In Summer Blowout by Claire Cook,salon owner Bella Shaughnessy swears off men after her half sister takes off with Bella's husband in tow. However,her recent run-ins with a local entrepreneur who gives her some excellent business help,threatens to change her resolve.

Now,if that doesn't sound like a ready made sweet summer romance to share with your book club at the seashore,I don't know what is!(June):

Just in time for those wedding bell blues,A Bad Bride's Tale by Polly Williams introduces us to Stevie Jonson,a graphic designer who thinks she's perfectly prepared for her big day.

That illusion quickly shatters as chaos starts to surround her,with her parents on the brink of divorce,her best friend Lara fulfilling Stevie's own dreams of moving to New York and an old high school crush comes back to town,adding fuel to the fire of her doubts. If Stevie does decide to walk down the aisle,the question then becomes,who will be waiting for her at the other end? (June)

ONE PERSON'S DRAMATIC STRUGGLE OR TWO

Steer Toward Rock by Fae Mynne Ng showcases a love triangle in the San Francisco of the sixties,as Jack Moon Szeto must choose to give up his bachelor tomcatting ways and stay with his "paper" wife from China or follow his heart to be with Joice Qwan,the possible true love of his life.

Joice is American born,while Jack owes his new life in the States to an old debt from Yi-Tung Szeto,whose claim on him is bound by tradition as well as the law. This novel displays a certain moment in cultural history that highlights the age old woes of making choices of the heart(May).

In No One Tells Everything,Rae Meadows has the reader see the seedy side of New York City life and the dark privileges of the wealthy thru the eyes of Grace,a single in her thirties copy editor who becomes obsessed with the murder of a local college co-ed and her accused killer,a rich boy from Grace's hometown in Ohio.


As Grace digs deeper into the story,more than one hidden secret comes to light. Some of them invoke memories regarding the death of Grace's younger sister over twenty five years ago. While the trail of one murder leads her back to her old stomping grounds,Grace comes to realize that mystery she is most anxious to solve is her own(June).

THE CRITICS ARE IN...

David Gilmour took a novel approach to his teenaged son Jesse's lack of interest in continuing his education;he made him an offer he couldn't refuse. Jesse was allowed to quit school and not get a job,but he had to watch three movies a week with his film critic father.

The results of that interesting life experiment can be found in the senior Gilmour's memoir,The Film Club. If you're on the lookout for a great Father's Day gift or a few good suggestions for your Netflix list, this is your Golden Ticket,folks(May):

So,as you leave the theater,please remember to put your seat back in the upright position and please keep these titles in mind as you head towards your library and/or bookstore. Otherwise,you might have no choice but to test the uncertain waters of whatever lands at the multiplex this season,if all of the big ones are sold out: