We are first introduced to the leading lady of Jennifer Cody Epstein's debut novel,The Painter From Shanghai,at the age of fourteen, in the China of 1913, under the name Xiuquing.

Her opium addicted uncle,who still sprouts poetry and philosophy,takes her on a boat trip to what Xiuquang thinks is the opportunity to work as an embroider( a skill that her late mother possessed) but it becomes all too apparent that her new home is a brothel and that she is meant to join the ranks of the working girls there.

The madam of the house, known as Godmother,wastes no time in breaking the new girl's resistance to her expected role and then places her under the guidance of Jinling,the top earner and most popular girl.

She is given a new name,Yuliang,and slowly but surely learns the skills of her trade yet all the while,harboring a desire to express herself thru drawing. Such an ambition in life seems more and more like a pipe dream,especially after Yuliang sees the harsh consequences of what can happen to a girl in her position.

During one of her work related outings, Yuliang meets Zanhua,a up and coming politician who dreams of bringing social reform to China and who is intrigued by her vast knowledge of poetry. The two of them fall in love and Zanhua arranges to buy her way out of Godmother's clutches.

They move to another district,since too many folks are all too familiar with Yuliang's past,and since Zanhua already has a first wife from an arranged marriage,she is made his second.

Zanhua is determined to give her a more of an education and while she does improve upon her reading and writing skills,Yuliang( now called Pan Yuliang)is more interested in reproducing the artwork on the covers of the political magazines that her husband gives her. Soon, she becomes bold enough to seek out the cover artist on her own,Qiuhua,and receive art lessons from him.

Pan Yuliang's abilities improve to the point where she is accepted as one of the few female students at the Shanghai Art Academy. At first,Zanhua is not thrilled when he finds this out,but supports her work for awhile. When she shows him the painting that she intends to enter in the student-faculty contest,a nude self portrait,he becomes furious and it is the beginning of the end of their relationship.


That is also only the start of her troubles with the reception of her art. Pan Yuliang's contest entry, Bathing Beauty,is considered shocking but is good enough to win her a scholarship to Paris. When she returns to China,her work,along with her adopted European mode of dress and style, irate many and as the Revolution threatens to change everything, Yuliang must abandon her homeland in order to survive. 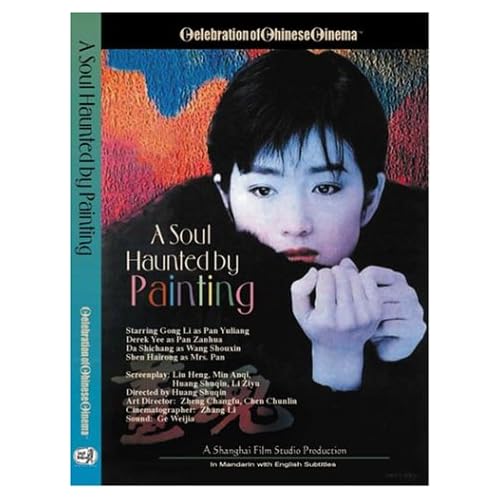 The Painter From Shanghai is based on the real life story of Pan Yuliang (a story that has also been told on film,starring Gong Li,called Hua Hun,aka A Soul Haunted by Painting)and the author spent about ten years in writing and research to create this book.

Her efforts have borne exquisite fruit,as Cody Epstein's words are like delicate brush strokes that highlight both the outer and inner development of her central character while painting a broader picture of what life was like during those changing and troubling times in China.

It's also a very inspiring novel about pursuing your own dreams,despite the hardships and the sacrifices that have to be made along the way,without coming across as too hero worshiping or demonizing men in the process.

Instead, the author simply tells the tale and quietly allows each character's perspective to unfold and grow( or not)into embroidered pieces that ultimately form the intricate design that defines Pan Yuliang's art and life.

If you're interested in checking out more of Pan Yuliang's paintings, there is a gallery of them available for viewing at Jennifer Cody Epstein's website. The Painter From Shanghai is currently on sale at a bookstore near you and is worth discovering for yourself. It's also an ideal Mother's Day gift,for the mom who loves art and/or good books.

The Painter From Shanghai not only brings glory to the memory of an artist who was not fully appreciated within her lifetime,it introduces us to an author who hopefully is only just beginning to create an memorable career as a literary artist and will gather the audience that she deserves.
Posted by lady t at 10:06 AM

I just finished reading this lovely story and felt compelled to view pictures of and done by Pan Yuliang. As I searched I stumbled across your posting. I love that you not only included the story but her paintings as well.
Thank you for making her more real.