Setting up my Summer Saga reading

With the dog days of summer coming sooner than we think(especially the blockbuster movie season which starts on May 1 with the Wolverine film),there's no time like the present to start planning your beach reading,even if the beach in question is just a DVD of your favorite fun in the sun flick.

As some of you may know,I am a sucker for sagas,those huge hunks of literary goodness that are like catnip to the avid novel reader. Currently,I am awaiting the arrival of two paperback books(which I did not buy from a certain vendor,due to their "ham fisted" error which still needs to be cleared up and properly explained there),each of whom fulfills my need for a Sexy or a Steadfast read. 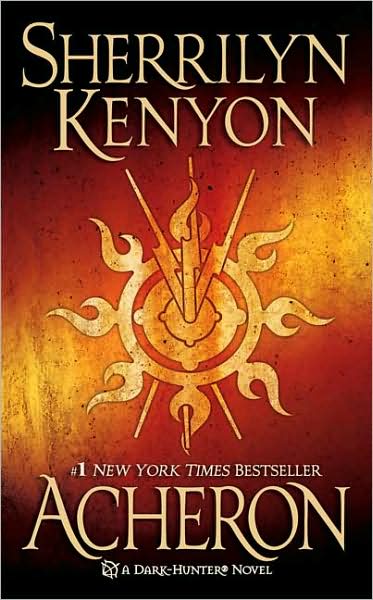 First on deck and bringing the Sexy back is Acheron by Sherrilyn Kenyon. This is actually the twelfth book in Kenyon's Dark Hunter series and normally I am a very completionist person in regards to long running series,the type who feels she must begin at the beginning. However,rigidity can be hampering as well as helpful,so I'm willing to dive on into this epic look at the background of one of the most popular characters that Kenyon has created.

The set-up for this series is a blend of paranormal and fantasy elements;Dark Hunters are former mortals who are given a chance to avenge their betrayals by the goddess Artemis and must repay her by eternal service in ridding the world of Daimons(supernatural bad guys under a curse by Apollo). Acheron is their leader,but unlike the others,he was never fully human to start with: 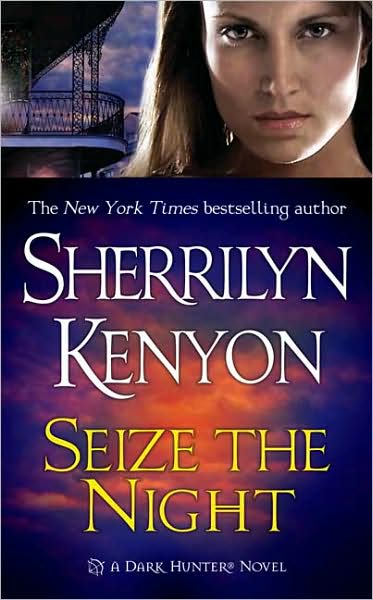 Since I've been getting more into fantasy books lately and still crave some paranormal sweetness, the Dark Hunter books are right up my alley. I have been reading one of the earlier titles,Seize the Night(which was being handed out at the NYC Comic Con at Sherrilyn Kenyon's booth-she even signed it for me),and her style is easy to get into,plus she certainly knows how to create strong and sassy female characters.

The Dark Hunter books are just one of the many series that Sherrilyn Kenyon puts out-included in her pantheon of imagination is an Arthurian themed set of novels,sci-fi,shapeshifters and historical fiction written under the name Kinley MacGregor. She certainly seems like one of the hardest working authors in the business,that alone makes her work worth checking out: For my Steadfast fix, Anna Lee Waldo's 1978 historical novel Sacajawea amply covers the waterfront. Waldo spent ten years doing research and writing the novel,which covers the life and times of the legendary lady who guided Lewis and Clark,and it's a rather lengthy read to boot,clocking in at 1,424 pages.

Based on the feedback given by folks at such literary websites as Good Reads and Shelfari,this book gives a very through and engaging look at Sacajawea,providing the reader with a reasonably accurate dose of history and insight into Native American culture of the time period.

It may take longer than the few months of summer to finish this one,but the entertaining education aspect of the book is worth the effort. Goodness knows,there's been far too many less than factual takes on this subject from Hollywood alone to warrant a better painted portrait of such a major player in our history:

These two books aren't going to be the only ones on my TBR list,particularly with two new Jacqueline Carey novels coming out back to back in the next couple of months(more details will be forthcoming in my May/June book preview post)but they will be headliners on my personal hit parade this season.

Even with the big summer movies on the way,I suspect that more and more folks will turn to books for an inexpensive yet richly satisfying source of escapist entertainment.

Just don't be ashamed of what you choose to read for fun and feel that you have to hide your page turning pleasures behind closed doors. Better yet,if someone tries to get your goat by goofing on your book,get theirs first or last. Turnabout is fair play,after all:

Sherrilyn Kenyon has been on my TBR list for years... really ought to get around to reading one of her series!

Oh gods! I just stumbled across your blog from the UK whilst looking at Lost Boys pics and idly flickered to your newest post. New Jaqueline Carey! Do you know how hard it is to get her here in the UK?! I have to import from the US, and didn't even know that book was coming out.

You're very welcome,Ginger Doll,and I hope it's not too hard for you to get the latest Jacqueline Carey-her May book is Santa Olivia,which is a new series and the June title,Naamah's Kiss is a new trilogy set in the Kushiel realm. I'll have more details soon. Hope you liked the Lost Boys pics:)

Yeah, Lady Tink,that Sacajawea book is gonna be a long haul,but I'll just keep nibbling away at it. I think you would like Sherrilyn Kenyon-she seems to have a good sense of humor and pathos in her writing.