Why some sequels are just a bad idea

There's been some buzz lately about a book due to arrive this fall called "60 Years Later: Coming through the rye" by John David California which is supposed to be a follow up to Catcher In The Rye. It's unauthorized,of course,and the plot has to do with an aging Holden Caulfield sneaking out of a nursing home.

It sounds like a parody,which many people seem to think it is,which may help both the publisher and author out if a lawsuit comes about,but I for one have no real interest in reading such a thing even if Salinger himself wrote it. Why? Because I think there just is no more story to tell.

Now,I'm not against doing a sequel and/or a re imaging of a literary classic(or non classic for that matter) if someone can add an interesting twist or two. Some books just lend themselves to wondering about what happened to that couple who got married by the end or what about that friend of theirs on the sidelines? Others I feel have said all they had to say and any attempt to do more is like stretching out a piece of gum long after the flavor has gone.

One book that has had it's share of sorry sequels is Gone With The Wind. Margaret Mitchell never intended any sort of follow-up(when asked by Louis B. Mayer for another book,she replied "And what do I call it,Back With the Breeze?")but folks keep on trying.

I gave Alexandra Ripley's Scarlett a couple of tries-in hardcover and paperback-but just couldn't get into it at all. Still,the book had enough admirers to get a made for TV miniseries on the air,with a cast that certainly can't compare to the original actors in any way,shape or form:

Part of the reason for my dislike of certain sequels may be due to the length of the original;GWTW was certainly long enough and Anne Rice's The Witching Hour had a similar epic scope as well. I did try to read Lasher but the first chapter felt as flat and contrived as any of those cheesy slasher movie sequels from the eighties.

But you can't blame it all on "well,the first one was long enough". The reason that The Godfather Part II was a good idea and Part III wasn't had nothing to do with how long but rather how soon. Some sequels require immediacy to not only keep the creative juices flowing but the interest of the audiences as well. The difference between waiting a year for the next entry in a series and waiting over a decade is wider than the Grand Canyon. 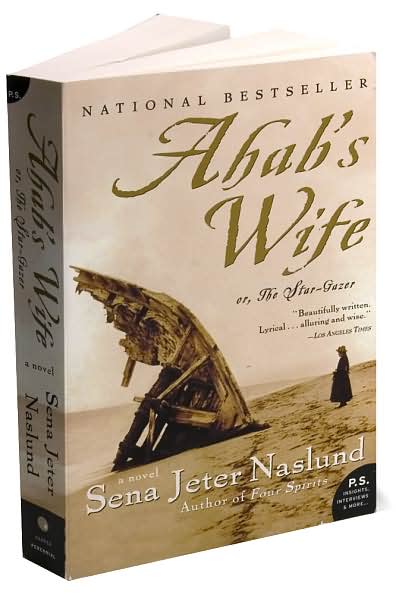 Some of the better sequels have taken the tack of imaging the original story from the viewpoint of a minor character,preferably one who was offstage most of the time. Wide Sargasso Sea is a modern classic example of that with my personal favorite being Ahab's Wife by Sena Jeter Naslund.

It's not a perfect formula by any means,but it does give a writer a stronger chance of both paying tribute to the original work of art as well as stake their own claim upon the material.

A key element,in my opinion,is choosing a bit player to center the work around. As much it may be enticing to get the He Said or the She Said version of a story from a lead character,that can easily lead to just a another retelling of the same old plot(Rhett Butler and Edward Cullen,for example, also risk losing the main ingredient to their charm,that air of mystery about their inner selves).

Another approach is to go directly for the funny bone. Most folks are more forgiving of parodies than straight faced sequels. Pride and Prejudice and Zombies is more of a "What would a Jane Austen novel be like with brain eating corpses all over the place?" deal but the sheer folly of such a notion is what makes it work.

The most important question to ask about whether or not a sequel is necessary is "Was there one meant to be in the first place?" In other words,did the writer plan on keeping this story going along for much longer or did they wrap everything up as they intended to? You can argue that many books and movies don't tie things up in a neat little bow at the end but maybe that wasn't needed to make the underlying point of the story made.

Ultimately,the best sequels are the intentional ones. Whether it's part of a trilogy, a mini series or just a plain old Part Two,a sequel that was prepared ahead of time and whose main goal is to advance more of the story and increase the emotional growth of the characters (rather than increase someone's bank account)is the truly satisfying conclusion that every fan wants.

To paraphrase Kenny Rodgers,you got to know when to walk away and when to run from a meaningless sequel,whether it's on page or screen. For readers,it may be harder to pull back from a tempting follow up to an all time favorite but the time you save from doing so can be spent on much better things in life. Some hours just can't be given back to you,even with a team of attorneys at your command:

I listened to an abridgment of Scarlett and liked it okay but I wasn't crazy about it. I did read all The Witching Hour series and how it eventually tied into the Vampire books but after that I was a bit burned out on Rice so I haven't read her since.