A few older reads for the fall season 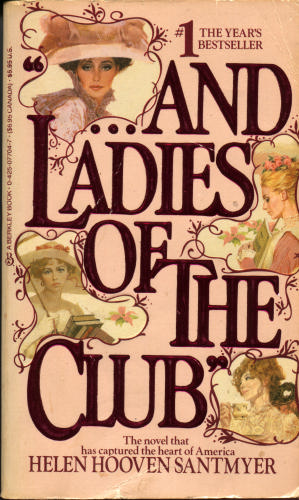 With summer time on it's last legs,planning your pop culture pleasures for autumn doesn't have to be a long shopping list of what's brand new and high scoring on everyone's hipness meter.

Take books,for instance-while I will try to enjoy some of the great promising reads that will be out there,there are plenty of good books that have been around for a good while that I'm preparing to cozy up to this season.

One of those titles is from a favorite category of mine,the steadfast saga. Way back in 1982, Helen Hooven Santmyer's And Ladies of the Club was all the literary rage. This massive novel chronicled the life and times of the Wayneboro Women's Club,a group of ladies who continued improving their minds after college over the decades that saw them as wives and mothers in Ohio during the aftermath of the Civil War and beyond.

Santmyer was in her late eighties when the book was published and more of her work was released due to the popularity of ALOTC. Due to rereading Gone With The Wind for The Great GTTW Readalong at The Heroine's Bookshelf,ALOTC has been on my mind lately and I was lucky enough to find a used copy in good reading condition for the cold fall and winter days to come. This book is a welcome reread for me and should play off against the themes of Gone With the Wind rather nicely,I think:

The next book on my old school pile is something that I haven't read before yet am pretty familiar with. The Once and Future King by T.H. White has been referenced in such unlikely places as the X-Men comics(it also was featured in one of the films),the TV show One Tree Hill and George Romero's cult classic Knightriders.

Most of us know it from the animated Disney feature "The Sword in the Stone",which takes an earlier part of the story where young king Arthur(called "Wart" by just about everyone)is in training with Merlin. The novel was originally written in four parts and then combined into one single volume in 1958.

As amusing as the cartoon version is,clearly there is more to this twist on the Camelot legend than meets the eye,so I'm going to give it the old college try,as they used to say: 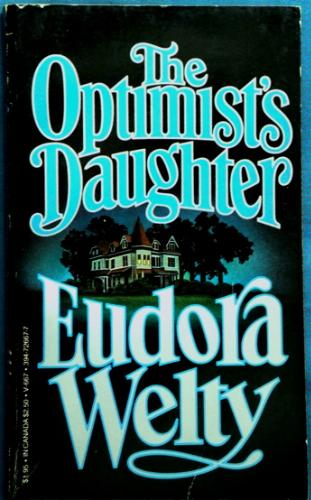 Last but far from least,The Optimist's Daughter has been on my shelf since this past spring,where I picked up a early paperback edition of it at a local rummage sale. For years,I have heard much about the merits of Eudora Welty and this title in particular,which won the Pulitzer Prize in 1972.

That honor alone is enough to warrant a read but the story's themes of reconciling the past after the death of a loved one and deciding whether it's best to stay or go are worth exploring. Welty's legacy is very strong,especially in her hometown where her house has become a museum to her memory and The Optimist's Daughter seems like the best entrance into her world:

My whole goal here is to blend a bit of the old and the new in the coming months in order to achieve a reasonable balance of reader's delight. Reading is one of those habits that's hard to break(there should be no reason to do so)and the only sound method of feeding that need is books,whether they be recent bestsellers or forgotten classics. So, pump those To Be Read piles with favorites old and new and
embrace your bookworm glory: