This past Saturday was the 100th birthday of Lucille Ball,better known to audiences around the world as Lucy Ricardo,the reigning queen of comedy from the classic sitcom I Love Lucy. Many celebrations were held in her honor and while my blog salute to her legacy is belated at best,it's as sincere as can be.

I thought it would be fun to highlight one of the major relationships on the show,mainly the bond between Lucy and Ethel. As landlady and tenant,they certainly got on remarkably well and as best friends,they were a delight to watch. Whether they were in cahoots with one another or on the warpath,Lucy and Ethel were certainly a strong dose of double trouble to all who stood in their way. 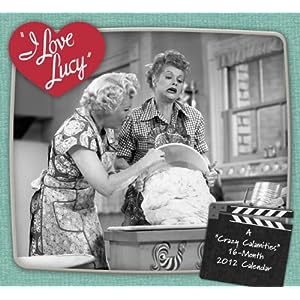 One of my favorite Lucy & Ethel episodes was about a scheme of theirs to sell "Aunt Martha's Old Fashioned Salad Dressing" right from home and with the help of a commercial( TV time allotted to them courtesy of occasional friend and nemesis Carolyn Appleby,whose husband ran a local television studio),orders came flooding in.

However,a rundown of their expenses showed that the girls were actually losing money instead of making a profit,so in an effort to slow things down,they made another ad that was supposed to put the kibosh on the business. Unfortunate for them and funny for us,that bit of reverse advertising was too good to pass up:

Of course,that wasn't the only time that Lucy & Ethel went out into the business world. As part of a bet with Ricky and Fred,the ladies were hired to work at a chocolate factory and fast tracked their way down to the most basic department. Yep,it's the infamous candy wrapping sequence,folks-couldn't do a proper Lucy & Ethel salute without it:

The gals didn't always see eye to eye on certain things,even on subjects they normally were on the same page as for most of the time such as fashion.

When Fred asked Lucy to pick out his gift to Ethel on her birthday,her choice of hostess pants made Ethel think that it really was another one of her husband's tasteless selections.

Lucy's feathers were ruffled at that and then the feud was on. Personally, I think those pants were more like something Lucy would wear(and look good in) than Ethel and I'm kind of on the Mertz side of the argument here:

The ladies were more in sync when the two of them decided to attend charm school. They were worried that their men wanted "sophisticated" wives and after a session of posture exercises and dialogue coaching,the big reveal of the new and supposedly improved Lucy and Ethel certainly did make their spouses sit up and pay attention:

In the later seasons of the show,the Ricardos and the Mertzes moved to Connecticut where they went into a chicken and egg business together. At one point,Ethel got jealous of Lucy's new gal pal Betty Ramsey(the Westport version of Carolyn Appleby). Lucy wanted them all to get along,so she set up a lunch date for the three of them.

Ethel's contribution to the meal was a side of cold shoulder but once Betty mentioned her hometown(which happened to be the same as Ethel's),the meltdown began and Lucy wound up tasting a bit of that envy stew herself: 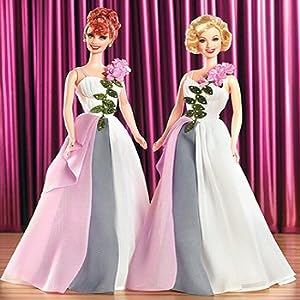 So,happy belated birthday to Lucille Ball and thanks for the fond pop culture memories that you left behind as your legacy of laughter.

Thanks also to Vivian Vance,your excellent partner in comedy capers. The two of you displayed an entertaining version of friendship that many of us aspire to achieve,minus the pratfalls and wacky misunderstandings,of course: