This certainly is the season for literary honors,indeed. With the Man Booker and the Nobel Prize for Literature on the horizon,next week brings us the nominees for the 2010 National Book Award,which will be announced by author Pat Conroy.

The categories include nonfiction,poetry and children's lit,but my focus is on fiction as befitting any novel devotee. While I enjoy following these contests,it is mostly an exercise in frustration as many a time the books put up for this honors are ones that either I haven't heard of or care to read.

That doesn't mean they're not good books,of course,but it would be nice to see a novel nominated that I have a bit of a stake in,such as Room by Emma Donoghue,a prime contender for the Man Booker Prize,which is set to be announced by October 12(go,Emma,go!).

So,please indulge me in a bit of "what if",as I name the novels I would pick for Best Fiction this year-all of these books I have read to completion and would happily recommend any of one of them as great entertainments with a touch of artistic edge:

THE PASSAGE: Some would mimic Nightmare Before Christmas' Oogie Boogie in saying "You're joking/I can't believe my ears!" to anyone considering the possibility of a vampire apocalypse story being nominated for such an art house venue like this but hold off on the laughter for just a moment there,folks.

Not only does Justin Cronin possess the stellar writing skills of any "literary" author out there today,his take on the vampire genre and it's impact on the characters is beautifully detailed,with the depth and emotional drive that many epic titles strive for and yet truly fail to achieve.

Ultimately,the theme of the novel is the fall and rise of a civilization and what choices people must make in order to survive. The Passage is meant to be the first in a trilogy and could become a ground breaking work of speculative fiction that breaks down the walls between art and commerce once and for all:

THE LOST SUMMER OF LOUISA MAY ALCOTT: This charming debut novel blends fact and fancy in supposing who it was in acclaimed writer Louisa May Alcott's life that inspired the character of Laurie as potential love interest to her supposed doppelganger of Jo March in Little Women.

Kelly O'Connor McNees does more than just whip up a romantic fantasy,however. She brings the inner and outer world of Alcott to vivid,breathing life and embraces all of the good points as well as the limited choices laid out for her in that day and age. Alcott's decisions regarding her career and the direction of her heart were just as challenging and troublesome as it is for modern women,proving that while some things change,others never do:

THE PARTICULAR SADNESS OF LEMON CAKE: Aimee Bender takes a eloquent approach to psychic abilities as her tale of a young girl discovering that she can read the emotions of whoever prepared her food opens up and expands into an adulthood of her tasting other's sorrows without dealing with her own.

As our heroine grows to realize that perhaps her extraordinary powers of perception are not as paralyzing as she thinks,the people who come in and out of her social sphere seem to be more bound by their self imposed constrictions than she is.

This is the first time that I've ever read Aimee Bender's work(she is mostly known for short stories,most notably Girl in the Flammable Skirt and an earlier novel An Invisible Sign of My Own)and she's much more accessible than I took her for. Such a thoughtful author should have her share of public praise,especially for a subtly bittersweet tale like this:

WENCH: An all too true fictional story chronicling the lives of three African American slave women taken as mistresses to their master/owners during the time before the Civil war,who meet while on "vacation" at Tawawa House in the free territory of Ohio.

The men chose to take them on these summer excursions as a way of having their secret affairs as openly as they can,not to mention playact their twisted notions of romance upon their literal prisoners of love.

While most of the ladies are simply giving in to maintain what status quo they have,a newcomer in their midst introduces the idea of making a real break for freedom. Dolen Valdez Perkins did a good deal of research before beginning this book and her depiction of women verging on the end of a cruel era is both educational and emotionally rewarding:

RUSSIAN WINTER: Another debut novel,folks,I just can't help myself. Daphne Kalotay delivers a stunner of a sleeper story that showcases the regrets of an aging as well as ailing ballerina and the two people who enter her life that find renewal in their own existence by examining her via the vast jewelry collection that the former ballet star insists upon selling at auction.

The pace of the novel is almost like a ballet performance,telling a tragic at times tale of romance in the harsh reign of Soviet Russia which does have it's moments of glory as true love is discovered and embraced before misunderstandings and crucial choices causes more than one fate to be affected. Beauty in sorrow and chances for redemption,those are pivotal elements on which to revolve any great story around:

It would be a miracle if any of my personal preferences were included in this year's National Book Award ceremonies. More than likely,Jonathan Franzen's Freedom will be amongst the nominees(despite any bias towards his newly minted Oprah Book Club status),along with the usual suspects for an event like this.

Hopefully,everyone will compete gracefully and put aside any petty grievances and past rivalries in the interest of honoring good literature. Some things are not worth fighting over,even great books. Friendship and respect for the talents of others are values that live on long after the covers are closed:

Ah, you beat me! ;) I was gonna post about this next week - after you provided the idea. Still will, but I'll link to your post, too, since it was your idea.

To my original thoughts, I'd also add Matterhorn, by Karl Marlantes. Haven't read it yet, but it's showing up already on a lot of bloggers' best of 2010 list. So is The Lonely Polygamist, by Brady Udall.

Last year's NBA noms were so obscure, though, it's hard to guess with any accuracy.

It just proves that old saying,Greg-great minds think alike:) Thank you in advance for the linkage and I'd love to read your thoughts on this subject as well.

The Lonely Polygamist has gotten great reviews(I've read The Miracle Life of Edgar Mint,so Udall is aces in my book)but haven't read it yet.

Matterhorn,I'm not familiar with but it should be interesting to see if it turns up on the NBA list. It’s a book, it’s a must read this July! 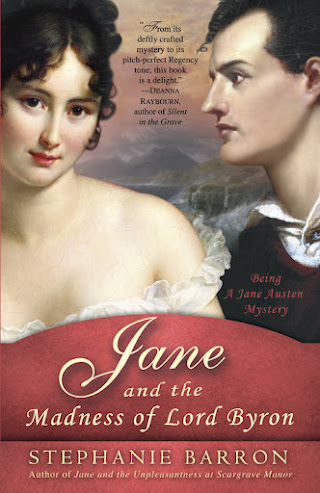