Setting up a soundtrack for the London Olympics

Tonight is the opening ceremonies for the 2012 Olympics,which are being held in London and should fulfill most of your TV viewing needs as the show starts at 7:30 EST and ends around midnight.

While I am not a major sports fan,I do appreciate an event likes this and want to at the very least see what sort of elaborate production number has been cooked up from the comfort of my living room. Even late comers to these games can simply settle in and have a nice little Olympics party without too much fuss there:

If your party plans for this evening's big show are a little more elaborate and you're seeking some appropriate music,here are a few pop culture picks that should do the trick nicely.

It's hard to go wrong with "You're The Best(Around)" from the original 1984 Karate Kid movie. The tune is the perfect go-to for rooting on your team favorite and despite the fact that karate is still not an official competition in the Olympics(they did try to get it for 2012 but it didn't get enough votes for approval),this song is inspiring to all potential athletes out there: 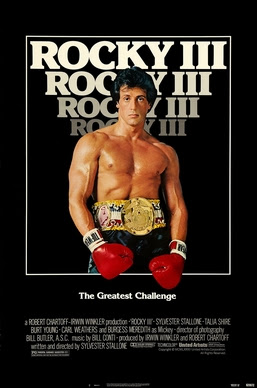 When it comes to sports themed inspiration,most look towards the Rocky films and there are plenty to choose from. A favorite of mine happens to be "Eye of the Tiger" by Survivor,which was nominated for a Best Song Oscar that year.

This song is also a favorite at stadiums,where crowds never fail to cheer upon hearing just the opening notes. A plus for Olympic audiences is that tigers are considered fortunate for those going into battle in some cultures,which should even the odds up for anyone needing a solid win: 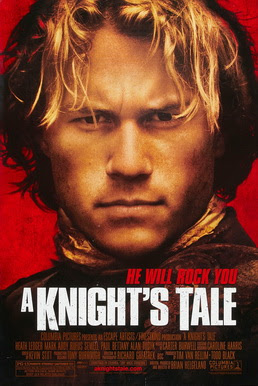 Since the Olympics are in England this time,choosing a British artist is only right and you don't have to search any further than Queen for great rousing numbers. "We Will Rock You" is one of their best known ones,having played at many sporting arenas,pro wrestling matches,commercials and video games.

It's also been featured in many TV shows and films,such as A Knight's Tale where it wasn't exactly chronologically correct for the medieval time frame of the story. However,it did suit the rock'em,sock'em vibe of the jousts that were a major focus of the plot to a T:

And what victory dance would be complete without "We Are The Champions",a true Queen
classic that needs no frills attached to it:

So,if you're going to celebrate the Olympics tonight and over the next few weeks,I hope these tunes provide the proper background for your singalong scoreboard. As for those just watching to check out the sights and sounds of the British Isle,I'm running right along side you,in spirit if not in full Jane Austen style: