Taking my time as Mr. Darcy Takes a Wife

As part of my Pride and Prejudice Bicentenary Challenge for this year, My level of Darcy Disciple was most severely tested while reading Linda Berdoll's notorious Mr. Darcy Takes a Wife.

Considered by many to be the great grandmother of Jane Austen fan fiction and shunned by a number of Janeites when it was first self published as The Bar Sinister, this book has a lot to live up to(or down, depending on your point of view). Yet that did not stop me from mounting this unruly steed and attempting to ride it all the way home-yes, a bit of a labored metaphor there but not as bad as most of the ones found in this story,folks!

Let's start this off by answering the one question most Austen fans have regarding this book-"Just how sexy are those Lizzy/Darcy love scenes?" Well, they are a tad eyebrow raising,to be sure,but not as shocking as one might fear.

Granted, I could have done without the scene where Darcy reassures his bride that her "monthly courses" are far from repellant to him( a bit icky for my taste) and since the first half of the book deals with them as newlyweds, it's understandable that their passions would in full force. I could have also done without Lizzy and Darcy's mutual desire not to bathe so as not to remove the scent of each other,which is an "oh,please!" in and of itself.

What does make MDTAW amusing at times is the unintentional humor that pops up from time to time. Early on in the novel, Lydia drops by and eagerly insists on explaining what she has learned about the birds and bees from her dear hubby Wickam in such terms that make her sister Jane blush and Lizzy try not to laugh,particularly at descriptive words like "nonny-nonny" and "larydoodle"(which may be historically accurate slang,for all I know,but pretty silly sounding in any context). At that point, I thought it best to take a MST3K approach to the rest of the story:

Those are not the only offbeat bits of language that you'll see on these pages. Other expressive phrases include "torch of love","womanly portal", "virtue knot" and most diverting "pleasure garden"(that one cropped up regarding Caroline Bingley and her possible lack of it being tended regularly,if at all).

Within the regular prose of the book is the sense that certain phrases were repeatedly put in to make the story sound more "old-timey",similar to any comedy skit that has someone adding an extra "th" to the end of words to seem as if they're engaging in Shakespearean speech. You could play a drinking game with some of those words but just picking one such as "howbeit"(that is how it's spelled throughout the book) would,in my opinion, get you pretty wasted before the first fifty pages are done.

Other abuses of language include a scattering of French and Latin terms at just about every chapter which made me wonder if Highbury's Mrs. Elton was the secret editor of this story! Anyway,on to the actual plot and there are enough story lines here to provide a soap opera several seasons worth.

At one point, Lizzy and company are at the mercy of highway robbers(one of whom was dismissed from Pemberley and had an unseemly interest in the lady of the household) and she was forcibly taken as a hostage,causing Darcy to get all Kill Bill at a local inn. I don't mind some excitement added to a well known story but again, it felt like another character from Austen's world was writing this bit( a certain visitor to Northanger Abbey,perhaps?):

Other moments of melodrama include, but are not limited to, Lizzy having trouble conceiving a child,the questionable parentage of a new stable boy, two visits from Lady Catherine(one of which ends with a gun being fired),adultery and a child out of wedlock from a very surprising source. Not to mention any number of men secretly in love with Lizzy-very days of our lives around Derbyshire indeed!

Berdoll should be given credit for expanding the cast to reflect the lives of the staff at Pemberley, such as Hannah,Elizabeth's lady maid and John Christie,the stable boy with the tragic past(and questionable parentage).

While other P&P folk do make their presence known and act mostly true to form(especially Lydia and Mrs. Bennet),it was nice to find a few fresh faces amongst the crowd. Their lives are just as full of woe,most in sympathy with the family at Pemberley in a darker fashion than Downton Abbey has prepared us for:

So,do I regret reading this book? Not really. True,it did take longer than I had anticipated and my taking up it's sequel,Darcy and Elizabeth: Nights and Days at Pemberley, will be delayed until later this fall.

Despite the many flaws and odd head scratching moments(Mr. Collins is horrible but did he really deserve to drown in a pond while being chased by a swarm of bees?), you can say that this novel did pave the way for other,better continuations of Austen's world.

Think of Linda Berdoll as a literary Roger Corman,making it easier for those Jonathan Demmes and James Camerons of the genre to take their place on the bookshelves of Jane Austen admirers everywhere. After all,as Mr. Bennet would say,one of the things we as Austen fans live for is to make sport of our pleasures and allow ourselves to laugh at them in turn.

One thing that Ms. Berdoll did get right was our desire to see more of the love between Elizabeth and her Darcy,who are one of the greatest romantic couples of all time, and that alone is worth a little extra time turning the pages:

Great write up and review, Tara! I agree with a lot of you said, I read this book first when it was The Bar Sinister and it definitely left an impression. I like the adventure, drama, romance, and many of the new characters. But yes, some of the intimate scenes I could have done without and some euphemisms were a little too funny! :)

Thanks,Meredith-appreciate the feedback and sharing the laughs! 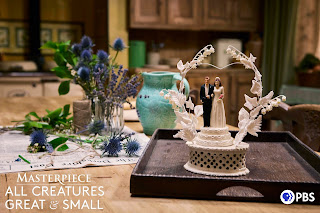 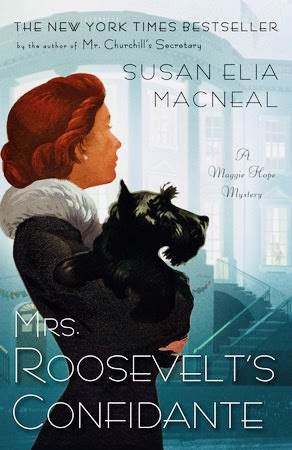