This upcoming Friday is my birthday and I have a few celebratory plans for it,including a girl's night out at the movies( I'm going to attend the local Alamo Drafthouse theater in my area for the very first time and yes, I will be reviewing my experience early next week) and a visit to the bookstore.

While it is safe to say that I need a new book as much as Lady Gaga needs another wild n' crazy outfit,most of what I read these days is either review copies or second hand purchases,plus paperbacks on loan from Booksfree(the literary version of Netflix). It has some time since I walked into a bookshop and bought a shiny new copy of anything; not complaining,folks,just stating the facts there.

Anyhow, I do have a few page turning desires but a few doubts about them as well. For example, the paperback edition of Gone,Girl, the highly acclaimed mystery thriller by Gillian Flynn goes on sale tomorrow and I think it's safe to say that I will be able to pick up a copy on Friday.

With the movie adaptation due out later this year, the impetus to read this book is quite high and believe it or not, I have managed to stay spoiler free on this one so far. The set-up for the plot,where a prominent business man is suspected of causing his wife's disappearance, has a nice ripped from the headlines vibe going for it and plenty of accolades from critics and regular readers alike speak volumes for the quality of the writing.

However, I can be one of those people who appreciates a literary phenom much better long after the hype has died down. Barbara Kingsolver's The Poisonwood Bible was a book I had around for years until one day, I just snatched it and couldn't put it down. Perhaps things will be different with Gone,Girl and no, I have no problem with reading the book first as director David Fincher is already saying that the ending of the film will deviate from the book(whether that's for better or worse is yet to be seen there):

Another big paperback novel that I'm considering is The Interestings by Meg Wolitzer, which chronicles the life and times of a group of teenagers who met in a summer camp for the arts in 1974. As they go out into the world to pursue their creative dreams, reality offers each of them a far different set of choices than they ever imagine having to deal with.

I've read a number of reviews and most were either overflowing with praise or a tad hesitant about it's virtues. The concept does interest me(no pun intended,honest!) and as I've just started reading Mary McCarthy's The Group, this might be a nice compare and contrast for me there. Plus, word of mouth on The Interesting has been pretty positive for the most part:

However, I am tempted to take the plunge into hardcover territory with Donna Tartt's The Goldfinch, which won the Pulitzer Prize for Fiction last week. I have never read Tartt before(or either of the other writers whose books I'm dithering between here) but her reputation for excellence makes her the Meryl Streep of literary fiction.

The story follows a young man named Theo,who witnessed the death of his mother during a bombing at an art museum and still holds on to the painting that he claimed during that moment of chaos. Before it even won the Pulitzer, this book was on just about every Best of the Year list and folks are practically singing it's praises from coast to coast.

Another plus for me is that it's a novel of considerable length and that is pure catnip to me. I love a good long novel the way some people enjoy a three hour movie,too much is never enough. Since Tartt is known to take a good long while with her books, the chances are that if I like The Goldfinch, I'll have more than enough time to catch up on the rest of her works before she releases a new one: 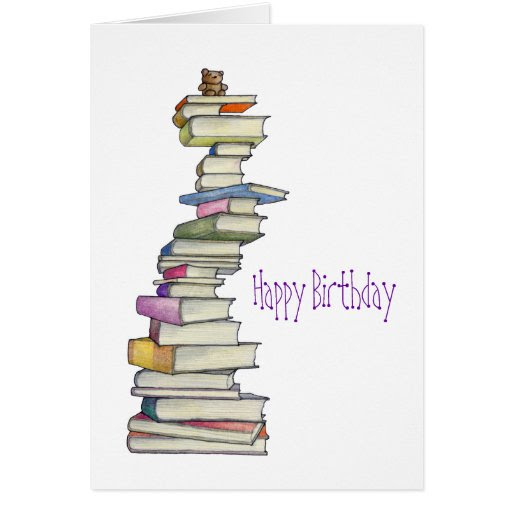 I know this isn't a vastly important decision to make and no doubt, some might say "Oh, just get all three and be done with it!" Well, I do have a budget there,not to mention that owning a book comes with some responsibility.

Let's compare it to a movie; would you really want to buy every DVD of a highly touted film out there or just keep the ones you know that you'll watch more than once? The beauty of rentals is that you can sample the goods without full purchase and yet still pay a fair price for the service.

Of course, this isn't all about dollars and sense. Book buying on a special day like this can mark the occasion well and while I'm not hitting any big numbers age wise, I would like to try something new that offers me a bit of challenge along with entertainment to further my growing maturity. If anyone out there has a suggestion for me, I'll be happy to hear it(and take note) and unlike a certainly spoiled boy king, I won't be reluctant to accept such generosity: