Due to an understandable change in schedule, the Thanksgiving episode of Supergirl aired this week and that allowed us to savor the deadly delights of villainess Livewire in her live action debut all the more sooner.

Livewire is a character created in the Superman: The Animated Series universe named Leslie Willis, a shock jock turned into an energy devouring lifeform after a freak accident involving a lightning bolt and Superman, one of her favorite targets of derision.

Livewire's origin story transplants well into Supergirl, with the only other main difference being that her boss Cat Grant is chosen as her focal point of revenge. Actress Brit Morgan(best known as Debbie Pelt on True Blood) has a lot of fierce fun with this role and I look forward to both her and Livewire making a return visit to National City:

While Livewire made a very brief appearance in the later seasons of Smallville, this is her first full fledged appearance beyond the animated shows and films, as well as the comic books where she was revamped as part of the "new 52".

She has also been put into several video games and voiced by three different actresses, starting with Lori Petty in SM:TAS, then Maria Canals Barrera for the animated Justice League series and Kari Wahlgren in the Justice League movie Gods and Monsters. I've only heard the Lori Petty version and that incarnation(who also teamed up with a couple of other DC bad girls in a crossover episode) and that certainly made a memorable impression on me and many other fans:

Of course, Livewire isn't the first created for the animated DC  universe character to cross over into live action. Ever since her initial appearance in the episode, "Joker's Favor", Harley Quinn has gone beyond simply being the Clown Prince of Crime's sweetly sinister sidekick to be an iconic figure in her own right.

In both the cartoon shows and the comic books, Harley's character has been developed into a woman struggling between her good and evil impulses and at times turned into an antihero yet always goes back to her bad girl ways.

Part of her strength as a character is being able to function without the Joker, with her most famous team-up being with Poison Ivy.  Harley and Ivy as a dangerous diva duo has become popular enough for DC to have given them a stand alone comic book series as well as one that had Catwoman join up with them(Gotham City Sirens). That last arrangement didn't work out too well as Harley and Ivy do their best  much better as a two woman act: 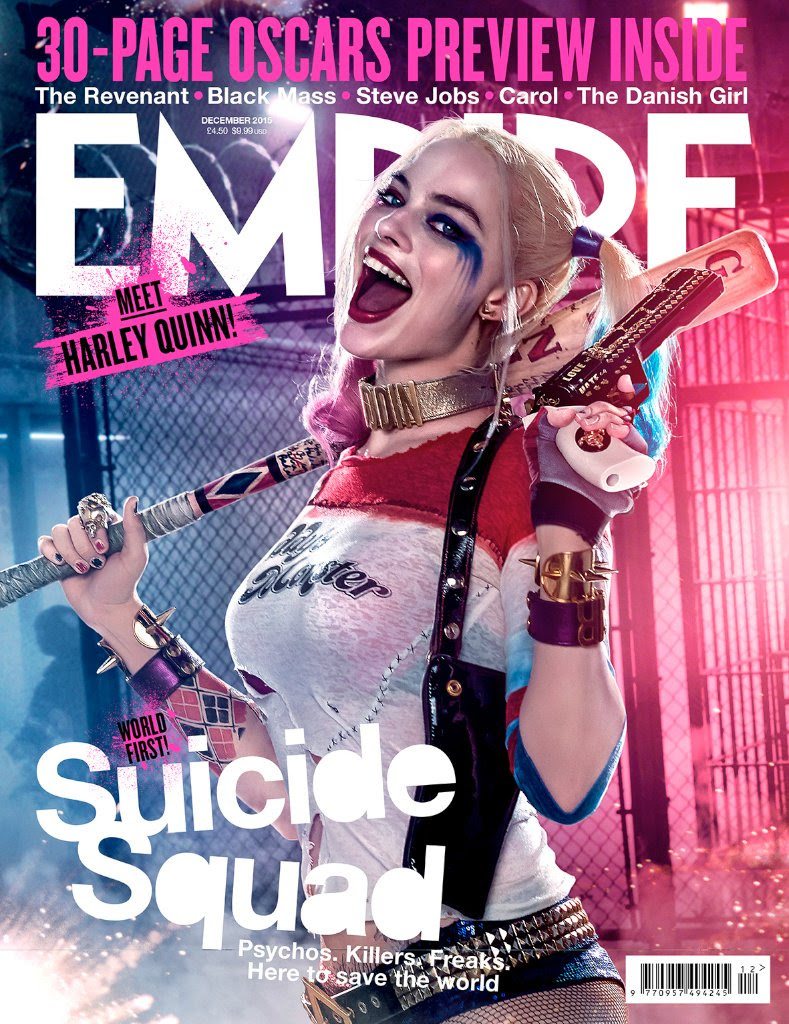 Harley herself has quite a fanbase, which is why folks were thrilled to see her first cinematic incarnation revealed in the trailer for 2016's Suicide Squad movie.

Apart from Mia Sara playing an older version of the character in the short lived series Birds of Prey and a very brief appearance on Arrow, Margot Robbie's performance is the live action one that all others will be judged in possible future films or TV shows.

From what little I've seen, Robbie does appear to be a good fit into the twisted yet cheerful persona that is Harley and while I wish she had a better Joker to play off of, I am anxious to see how her big screen debut turns out:

It's not just villainesses who cross over the fictional borderlines at DC, however, as Chloe Sullivan proved in abundance.

First created for Smallville as a girl reporter type who evolved into a major ally of Clark's, she became so popular a character that the powers that be at DC brought her into the comic book universe. Granted, it took awhile(2010, to be exact) but she did become part of that world nonetheless.So far, Chloe has not been an animated character although she has had a webseries, YA novels and couple of other comic book appearances apart from the Smallville adaptations.

It would be nice to see her in cartoon form and maybe even blended into the cinematic version of Superman at some point in time. One thing that Chloe did achieve was being more than just a stand-in for Lois Lane as her smartly shaped skill set made her more than a match for many of the enemies she and Clark encountered over the ten seasons of that superpowered series:

While it's great fun to see comic book heroes and villains that we know so well come to life either in animated or live action form, having specially created ones leap from one side to the other is a nice pop culture bonus.

What would be even better is having some leading ladies made especially for big and small adaptations, not just supporting players. You have to give Marvel credit for taking what could have easily been a girl sidekick character for the Captain America movies and giving her a truly fleshed out presence both on film and in her own TV series. The second season of Agent Carter is due to begin in January of 2016 and that sounds like a great way to start the new year indeed: