Summing up my Sci-Fi Summer experience

Seasons of Reading finished up their first Sci-Fi Summer readathon yesterday and I think  that it went off pretty well.

Many of the people who signed up chose a wide variety of current and past science fiction writers, ranging from Asimov to Ernest Cline and there were a few fantasy titles that made their presence known to boot.

As for me, I managed to complete two out of the three books that I selected for this challenge, which is par for the course with me. The best one that I read during this week was Station Eleven, a novel that was beautifully woven together as a sad yet hopeful tribute to the power of art to motivate humanity during the worst of times.

The structure of the story goes from past to present yet it's solid core is Arthur Leander, an actor who dies on stage one night just as the incredibly fatal Georgia Flu begins to spread across the world. Kristen Raymonde was a child actress in that production of King Lear and her few memories of that long ago time are connected to Leander.

Kristen is still an actress, part of a troop of musicians and performers who call themselves The Traveling Symphony, that go from town to town to play music and perform the works of Shakespeare.

During one stop at a place named St. Deborah by the Water, a local prophet and his band of followers make it clear that their stay should be brief at best. Upon their leaving,however, a young stowaway causes the prophet and his crew to go after them. That extra bit of danger is heightened by unknown connections from Leander's personal legacy, which includes Kristen as well. Part of the beauty of this book is how art in all of it's forms is seen as worthy of being remembered. The Station Eleven of the title refers to a comic book series that one of Arthur Leander's wives worked on, with the first two issues being given to Kristen by him as a child. She still holds on to them, hoping to find more or at least learn more about them somehow.

Part of the inspiration for those comics comes from Bill Watterson's Calvin and Hobbes series, in particular his Spaceman Spiff strips. Other pop culture references include Star Trek, video games and of course, Shakespeare.

These small touches illuminate the deeper loss of society and civilization in this post plague world, adding more nuance to what could have easily been just another standard dystopian drama. All of the praise that I heard for this book was certainly well earned indeed:

Most of my time was taken up with Stephen King's The Tommyknockers, which was a reread, and I had forgotten just how bogged down in distractions this story was.

The start is simple enough; writer of Westerns Roberta "Bobbi" Anderson stumbles across a buried object on her property in the township of Haven,Mass and begins to dig up what turns out to be a flying saucer.

The emanations that come off this ancient star cruiser begin to have strange effects on Bobbi and then the rest of the residents of Haven, with only people who have metal implants such as Jim Gardner(a former lover of Bobbi's with a bad drinking problem) being able to resist the unearthly makeover. 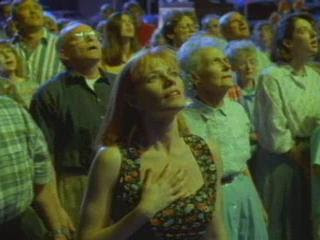 King does like science fiction but he's not the best at writing about it, at least not back then. I think of this book as a necessary stepping stone towards other sci-fi fiction that King has done long after that such as Under The Dome and 11/23/63 that turned out much better.

A lot of the book tends to wander from one theme to another, with fear of nuclear power(some of the side effects of space ship exposure are similar to radiation fall out), distrust of government and how folks are too quick to relay on technology they don't quite understand to make things better for them rattling around in this novel.

That last one still holds up today, with our reliance on websites, smart phones and biotech, and if he had kept steady with one or two of those threads, the story might have been way less cluttered. There are some good parts, such as the deadly mischief that some of the Haven folks get up to with their gadgets(the urge to invent things such as telepathic typewriters and soda machines that can hover off the ground are part of the "Tommyknocker" influence) but you do feel as tired as Bobbi and Gardener do as they continue to dig up the ship towards the end of the novel.

The Tommyknockers is strongly inspired at times by 1950s sci-fi, with a heavy dose of Invasion of the Body Snatchers(or Robert Heinlein's The Puppet Masters) thrown into the mix. In the end, The Tommyknockers is much like many of those movies-a solid first act that loses it's way but still has some entertainment value to offer:

I'm afraid that I didn't get too far with Michael Chabon's The Yiddish Policemen's Union(the blame for that I'm laying at the door of The Tommyknockers) but I did mange to read about a hundred pages and will probably keep at it for awhile longer.

The plot is set in an alternative world history, with Alaska becoming the new homeland for Jewish refugees after WWII. Sixty years later, the agreement that set up this arrangement is due to be reverted, turning that portion of state back to American led Alaskan control.

This sense of unease is part of the motivation for cynical police detective Meyer Landsman to focus on the murder of a man who was shot down in the motel that they both happen to live in. With changes in the department coming fast and furious, this particular case is encouraged by the new captain(who happens to be Meyer's ex-wife) to be quickly swept under the rug. However, that order only spurs Meyer and his partner(who is also his cousin) Berko to step up their investigation.

The tone of inevitable despair that the story has is classic for the detective noir genre,plus with the level of uncertainty that the upcoming Reversion is giving to all involved, does make this off beat tale worth staying with and I'll most likely keep this book in the mix of my regular reading for this season. It may take some time but then again, a good thing really shouldn't be rushed:


This initial literary outing for  Sci-Fi Summer was a good one and much thanks to Michelle Miller of Seasons of Reading for adding this to her readathon roster. I hope that everyone else who took part had a great time with their book choices and that we all come back to this same time next year to do this again. Maybe we can make this genre specific readathon as fun and funky as a Mystery Science Theater 3000 viewing, what do you say, folks?:

Thaddeus said...
This comment has been removed by the author.
Thursday, 09 June, 2016

Last month, I read the amazing The Gods Themselves by Isaac Asimov, and I was blown away by how good it was. It's a forward thinking novel with some great SciFi ideas. I'm very glad that I read it.

I need to make sure Station Eleven is on my wishlist. It really sounds like something I'd like. I have never read The Tommyknockers. I know the mini-series kind of irritated me. I really wanted to smack Marg Helgenberger aka Bobbi. lol

You got some good reading in for the read-a-thon. I hope you enjoyed it! Hope you'll be joining us for High Summer in July. :)

Hi,Thaddeus-I read some Asimov a long time ago(it might have been I,Robot)but he is definitely one of the classics.

Michelle,know what's really weird about Marg Helgenberger and the Tommyknockers? She plays a similar role in the final season of Under The Dome! Guess she has a thing for Stephen King sci-fi stories:)