Some of my best childhood reads were movie novelizations Recently at her blog,author Meg Cabot reminisced about a book from her childhood that really fired up her love of reading; Fantastic Voyage,based on the 1966 film,which was written by Isaac Asimov. Not many people own up to enjoying movie novelizations,so I salute you,Meg!

While books based on films are not the creme de la creme of literature,they can be satisfying little mental snacks,especially for the young reader who wants to keep their movie going experience alive long after the film leaves the theaters. There were a number of novelizations that I indulged in,back in the day,and here are a chosen few that I remember best.

First up is Urban Cowboy,written by one of the screenwriters Aaron Latham. John Travolta was still in his glory as a movie star then and the book added a little depth to the characters,plus it had a more realistic ending(one that I suspect Latham wanted to go with for the film):

Another Travolta flick that compelled me to read the book version of was Blow Out,a Brian De Palma thriller loosely based on the mod classic Blow Up. In this one,Travolta plays a sound man for cheesy horror films who becomes an ear witness to a car accident involving a politician and a questionable female companion.

Sadly,I don't recall who wrote the novel,but like Urban Cowboy,the ending was slightly different from the one onscreen. I won't give it away for those who haven't seen Blow Out(the movie is worth watching,a great example of De Palma's thriller movie touch)but it did smooth out some of the harsh impact from the cinematic conclusion: 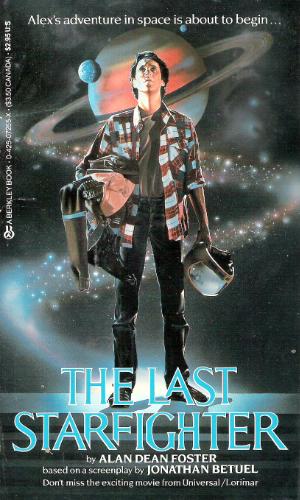 A more lighthearted read was The Last Starfighter,written by Alan Dean Foster. The movie was a fun little sci-fi adventure that had a video gamer being recruited by space aliens to fight a real intergalactic war.

Robert Preston gave a great performance as the alien recruiter who used those huge video game machines that seemed to be at every pizza parlor in America during the eighties,as a tool to find the best candidates to defend the universe from evil. I don't think this movie has gotten much play over the last couple of decades,but it certainly does deserve a revival: 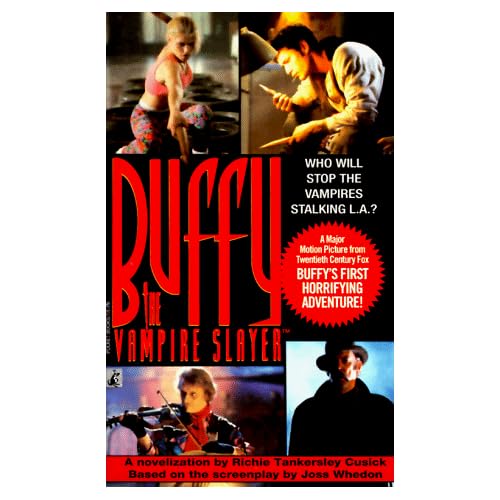 The one movie novelization I did read as an adult was Buffy the Vampire Slayer,adapted by Richie Tankersley Cusick and based on Joss Whedon's screenplay. A friend of mine gave it to me and I have it on display with several of my BTVS collectibles(yes,I am a full fledged geek,folks).

The book has a few elements from the original script that didn't make it into the film,such as a pool of blood that the head vampire Lothos rose from(that plot device was incorporated into the TV series and used in Season one for The Master)and was less goofy as well: 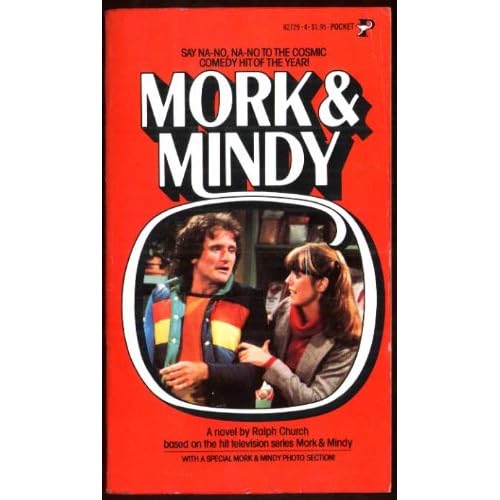 The even more disparaged cousin of the movie novelization is the TV show based book. I had a particular fondness for the few that emerged in my youth(such as a Mork and Mindy novel that hashed several episode plot lines together to make up a full story)and now they've become a major player in both the adult and the children's book sections.

While I've outgrown those TV and movie based books,along with my taste for liverwurst and Bubble Yum,looking back on that time has a nice ring of innocence to it. It's hard to recapture that rapture of reading anything and everything without consulting reviews or wondering if such and such a book is a good read or just a good looking one.

Some may sneer at the lack of originality in novelizations,but they should be reminded that sometimes original thought can be a weapon of mass audio and visual destruction when placed in the wrong hands:

OMG! What an absolutely Fantastic Trailer for Last Starfighter! If it wasn't already one of my old favorites that would make me want to see it!.. dang, now I have to find it in my stacks of vhs tapes and watch it again!!! (I had the privledge of helping Dan O'Herlihy at an autograph show not long before we lost him.. sween man!)

Glad to see that I'm not the only one who remembers this movie,DesLily,and I hope you have fun watching it again(awesome Dan O'Herlihy memory as well)!

I had several favorite movie novelizations as well as a kid. Urban Cowboy is one of my mom's favorite movies but I never have gotten around to watching it. Speaking of Travolta, have you ever read the Grease novelization? Really wish I still owned it! I'm a HUGE Buffy TV show fan but I've never seen the movie and I doubt I will anytime soon either.