Have a few howls of laughter under Twilight's New Moon 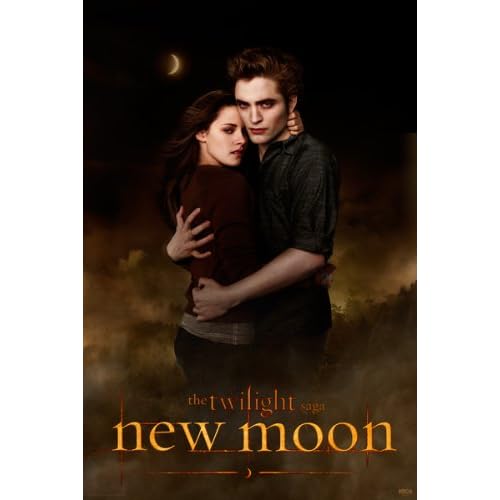 With only a few days until the film version of the second book of the Twilight saga,New Moon,hits the multiplexes,I noticed that more and more parodies of the sparkly vampire sensation have been on the rise lately.

It's also good that many of the Twilight fans are embracing these jests. As the old saying goes,there's no such thing as bad publicity,as long as they spell your name right. In the spirit of fun and goodwill towards all,here are a few of the better Twilight mockfests on the prowl,looking for laughter in all the so wrong it's right places:

FIRELIGHT:Thanks to YA author Robin Brande,I not only got into reading Stephanie Meyer's series but found this recent SNL skit at her website which gives another classic creature the Twilight treatment. Since I've always been a Boris Karloff fangirl,this satire holds some extra special memories and giggles for me:

I'LL NEVER BE AN EMO VAMPIRE: Another major Twilight fan,Lady Tink couldn't help but be amused at The Key of Awesome's musical rant from an old school member of the vampire nation towards the broody bloodsuckers of today. No matter what genre is the focus of fan love, there's always a guy who complains about how things used to be,so this song is for you,standard sticklers of the fantasy world!:

TWILIGHT/NEW FANG: Here's another silly singalong that mixes the new single by Them Crooked Vultures with the trailer for New Moon. Apparently, the concept that vampires like to drive Volvos is a big deal to some people(my sister in particular):

GUNIEW MOON: From the folks who brought you Dimlight and The Twilight Before Christmas,here is a bizarre promo for last summer's G Force movie that pokes a few holes into the first New Moon trailer and raises the ugly head of wereguinea pig lore into the pop culture parody arena:

NEW MOON THE MUSICAL:More sequel satire madness continues,as the gang behind Twilight High School Musical takes up the New Moon mantle of mirth. There's some nifty dance moves,a number of inside jokes and the gal playing Bella has some nice highlights in her hair to boot:

So while you're waiting on line to get into that late night screening of New Moon next week and trying to ignore the sneers of those who just don't appreciate a good vampire love story,just relax,have fun and keep in mind that there's always a new trendy vampire series ready to be skewered by satire:

Lol. These are great! Taylor Swift is SO pretty. Isn't that song great?! Glad I could help contribute to the post :).

My husband and I are really looking forward to seeing New Moon!