I know this may seem a tad early for rounding up the best in books for the year,but then again,Black Friday will soon be upon us and many of the titles that I plan to highlight from this past months of reading would make great gifts for many of the folks on your holiday shopping list.

It's been a hectic time,in more ways than one,for the world at large and the need to read has grown even more vital than before. With the advancement of new technologies and the hustle and bustle of social changes surrounding us,the good old fashioned book is still on hand to provide readers with entertainment,enlightenment and some much needed escapism,regardless of format. Here for your literary delight is our batch of books for your perusal:

This year started off well with Tiffany Baker's first novel,The Little Giant of Aberdeen County,that followed the emotional journey of Truly Plaice,a woman born with a medical condition that made her truly larger than life.

As her manipulative brother-in-law Robert Morgan put her under his thumb over the years(partly as revenge for Truly's petite sister Serena leaving him),Truly found a way to slowly undermine him as well as increase her inner self esteem to match her outward appearance. This was a wonderful novel to discover,with it's heartfelt narrative and tug of war between two equally stubborn souls and I hope that we won't have long to wait for another book from Baker to enchant us again.

In the spring,one of the pleasant surprises I had at BEA was picking up a copy of The Physick Book of Deliverance Dane,written by Katherine Howe who came up with the inspiration for this novel while studying for her PH.D candidacy.

The thesis student in her book,Connie Goodwin,uncovers some unusual family history while cleaning out the abandoned home of her grandmother that leads her to search for the "shadow book" of an ancestor accused of witchcraft back in the olden days of Salem.

This book became one of those "can't put down" reads that I took with me just about everywhere I went. It blended a subtle mystery with supernatural happenings that never went over the top or made a wrong turn towards the end. Katherine Howe is a great new voice in literature and one that with any luck is destined to make her mark with an even wider audience:

One of the more shocking successful bestsellers of the year was Pride and Prejudice and Zombies,a gruesomely reimagined version of Jane Austen's most beloved book that had Lizzy Bennet and her sisters battling scores of the undead as well as for the love of Darcy and Bingley.

Seth Grahame-Smith was recruited by the gang at Quirk Classics to bring together the separate dominions of Regency romance and brain eating Romero movie characters in the same literary playpen and with the added bonus of ninja warriors on hand at Lady Catherine's command,he achieved this gory giggleworthy goal rather nicely.

Not ones to let the bloodstained grass grow under their feet,the Quirk Classics crew brought Ben H. Winters onboard for the next Austen invasion. Sense & Sensibility & Sea Monsters places the Dashwood sisters in perilous waters as they struggle to find safe harbor from the giant lobsters and flesh eating fish that plot the destruction of non-undersea life while seeking their true loves.

More Jane Austen zombie madness is being planned for next year and while this popular series may seem like the opening of a Pandora's box of literary parodies of dubious nature,it's also been a real shot in the arm for both Jane Austen fans and monster movie lovers alike. The uniting of these most passionate fronts can only lead to greater things:

Out of the many good books I was able to give away at this blog in 2009,Godmother by Carolyn Turgeon was a treasure to behold.

The story of Lil,an elderly lady who spent her days working at a Manhattan book store and her nights dreaming of the memories of her youth as a fairy once assigned to help a certain young girl get to the ball with glass slippers was charmingly bittersweet and beautiful.

Turgeon is reportedly at work on a new novel that has the legend of the little mermaid as it's focus. Seeing how well she did with Cinderella,Turgeon's tale on the Hans Christian Anderson classic should definitely be worth looking out for.

Jacqueline Carey is best known as the creator of elaborate fantasy realms such as her Kushiel series and while she did release a new spin-off from those titles,a more down to earth flight of fancy was released by her as well.

Santa Olivia is set in a futuristic America,at a border town blocked off from the rest of the world due to the military's insistence on containing a band of roving terrorists.

The trapped inhabitants of Santa Olivia have no one to champion their cause until young Loup Garron becomes their small town savior,due to her odd parentage that gives her no fear and some amazing strengths that help her survive and seek justice for all. I don't know if there will be a follow-up book(it may be a one shot deal,like many a Joss Whedon science fiction show)but there's plenty more meat on this bone to chew over that would make for another tasty mental meal:

Speaking of follow-ups,the sequel to Laurie Viera Rigler's Confessions of a Jane Austen Addict took the anticipated time travel perspective of an Austen era single gal into our modern world and nearly topped herself into the bargain.

Rude Awakenings of a Jane Austen Addict had Jane Mansfield try to figure the rules of 21st century Courtney Stone's world that in some ways,are not that much different from the social restraints of her own place and time.

In addition,the freedoms of a modern woman,along with watching many of the film versions of Pride and Prejudice,are embraced with joy and a sense of true wonder that many present day readers of Austen's work long to possess from the pages:

*Lost in Austen is not an adaptation of the Jane Austen Addict novels-there has been some confusion there from fans and I just wanted to make that clear while I used this LIA clip as a theme reference,nothing more*

It's been awhile since I read mysteries but two books this year have reopened my interest in them. One of them was The Little Sleep by Paul Tremblay,whose hired gun of a leading man is burdened more than the average noir P.I. Mark Genevich has a severe case of narcolepsy,which includes hallucinations and blacked out moments of time,a real stumbling block in his line of work.

That doesn't stop him from solving a case for Jennifer Times,a reality show starlet who seeks his help. While there is some doubt about whether or not her fingers were stolen,there are a set of possibly incriminating photos left on Mark's desk that bear investigating. This nifty little noir is a real eye opener and a earful of amusing word play to boot:

The other was Flipping Out,the third title in Marshall Karp's Lomax and Biggs detective series. This time out,Mike and Terry had to protect their lady loves from a killer stalking the house flipping company that tied in with a mystery writer's popular line of books.

I was lucky enough to get a spot on Flipping Out's blog tour(and the Rude Awakenings one as well)and it was fun to help a writer spread the good word about his latest literary endeavor. The street smart humor and fast pace of the Lomax and Biggs books are just as compelling as any L&O episode,with a true respect for the spirit of teamwork towards catching the bad guys in the end:

Many a popular website has gotten a book deal from their internet fame but not all of them have much to say beyond their web pages. The gals at Smart Bitches,Trashy Books offer plenty of bang for the buck with Beyond Heaving Bosoms,a first hand look at the romance novel genre and it's evolution over the years.

Serious food for thought is on their literary menu,along with the bawdy laughs at romantic cliches that they're known for. While literary lovers and romance fans may feel as if they are worlds apart from each other,Beyond Heaving Bosoms shows that there's always a way to bring these two together in hilarious harmony:

One of my favorite online comic strips is UnShelved,created by Gene Ambaum and Bill Barnes,which chronicles the day to day hazards of working at your local library. Their newest collection of strips in print form was called Reader's Advisory and among the targets of their mirthful wrath were overdone emergency drills,overzealous library students and ukuleles.

I got the chance to say hello to Gene at this year's BEA,where I also bought one of their cool T-shirts. Finding funny things about the library may seem to be hard to do but as anyone who's dealt with the public professionally knows,snark is easy to unearth anywhere:

A good friend of this blog has been YA author Robin Brande,whose second novel touches upon issues of female self esteem,healthy eating choices and taking scientific research outside of the lab.

In Fat Cat,Catherine Locke's determination to beat rival classmate Matt for their school science fair project has her living the lifestyle of a cavewoman by reducing and/or giving up everyday technology such as cars and cell phones and eating more down to earth fare than she's ever had before. The change in her appearance leads to other experiments with the new found power of her physical beauty but it's the journey of the heart break from her past with Matt that brings Cat full circle with her outlook on life.

Robin's first YA novel,Evolution,Me and Other Freaks of Nature,has been optioned for a film adaptation by some very big league Hollywood types and we all wish her well there. Fingers crossed that Fat Cat lands an equally great deal in that department but even if it doesn't,it's a wonderful read for both teens and adults alike.

2009 has been an interesting year,to say the least,and hopefully,things will get better on all fronts in 2010. In the meantime,let us take up a good book or two to talk about as we go thru these troubled times together:

I actually included a link to your post on my blog, too. Check it out here:
http://thenewdorkreviewofbooks.blogspot.com 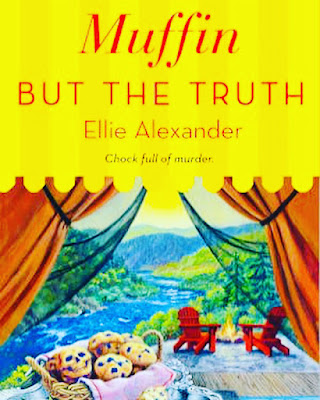 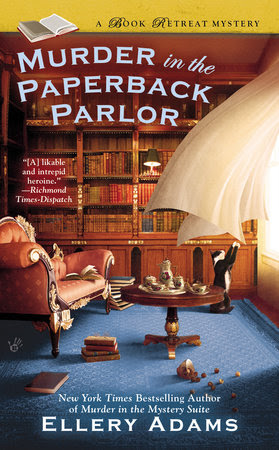