Louisa May Alcott mania is on the move

Awhile ago,news came out concerning plans to add Louisa May Alcott into the literary remix melting pot with Little Women and Werewolves,a novel by Porter Grand that's been recently made available at a bookseller near you.

Well,right next to that on the New Releases display is Little Vampire Women,co-written by Lynn Messina which portrays the March girls as a set of sisterly bloodsuckers who do their best to honor their dear Marmee's wishes and restraint themselves from partaking of human blood.

This book is aimed at the teen audience,so it may not be as whimsically gruesome as the cover art implies,yet the rewritten opening line of this sanguinary story is "Christmas won't be Christmas without any corpses",so there may be some scary sibling rivalry here: 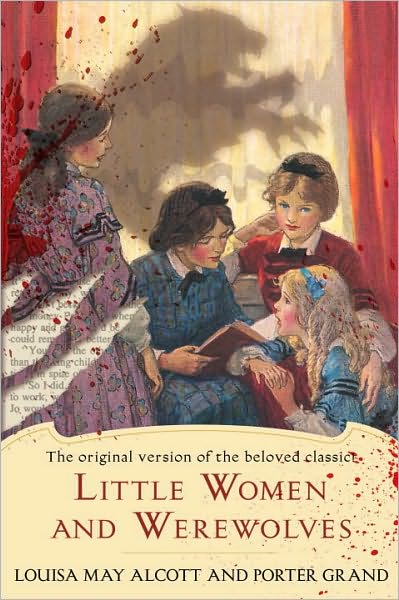 More details are known about Little Women and Werewolves,and yes,Laurie is one of the four legged fiends in question but he assists the March sisters in hunting down the more dangerous of his kind who are devouring their friends and neighbors.

I'm still not crazy about the whole concept of the girls as werewolf hunters but then again,the supernatural carnage could be seen as a metaphoric tie-in to the distant violence of the Civil War that plays far in the background of the original book,not to mention that imagining Jo as someone who would go up against a monster in a face-to-face fashion is not all that hard to believe: 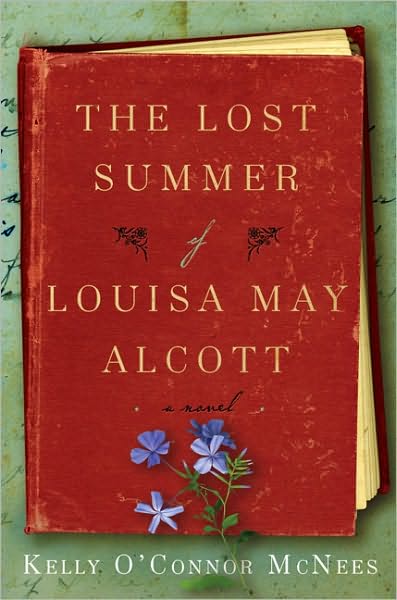 All of the Alcott attention is not only from the paranormal corner. Kelly O'Connor McNees has been making a slow but steadily strong splash with her debut novel,The Lost Summer of Louisa May Alcott,takes a look at a time in the author's youth when she became lost in love.

This was one of my birthday gift purchases I made for myself this year and so far,the book is beyond lovely indeed.

The plot has Louisa struggling and planning to break away from her family and make an independent life for herself as a writer when she unexpectedly forms a deep connection to Joseph Singer,a charming young man content to live and work in the small sleepy town of Walpole,New Hampshire where the Alcott's dire finances have lead them to take charitable residence at the house of a relative. Louisa then has to make a choice between her heart's desire and her artistic drive.

While I was never one of those Little Women readers who took it personally that Jo and Laurie never hooked up in the end,this is a delight to read and should satisfy many of the determined folks from that fan base as well:

It's too soon to tell if this Alcott interest will blossom into something more or just be swept up into the storm of literary revival mania. Alcott did write more than Little Women,after all but we did get a Broadway musical version of LW which might make for a very entertaining movie,if the right people are inspired to bring this about. As much as I love Jane Austen,it is time for another one of her sister writers to ride the pop culture train,in first class no less:

Vampire Little Women inrerests me a little more than the werewolf one does! Little Women has always been one of my favorite books so I have to agree, I hope Jane Austen lets Louisa May Alcott drive for a little bit.