I haven't watched Saturday Night Live in it's entirety for a long time,but with the success of the Facebook campaign to get Betty White as the hostess of the show over this past weekend,I tuned in to see how well she and the show would do together.

Betty was wonderful and a real trooper,especially in those seemingly endless MacGruber skits("MACGRUBER! WE'RE PROMOTING OUR OVER PROMOTED MOVIE,MACGRUBER!")and having former female cast members such as Amy Poehler,Tina Fey and Molly Shannon was a nice touch to keep the girl power punch lines going.

However,most of the show was a bit of a let down. The writing skills of this new SNL crew leave much to be desired,from the opening Lawrence Welk parody that went downhill fast(I don't get what Kristen Wiig was trying to do there)and the boring one-joke pace of the Manuel Ortiz show sketch to a half way decent census taker bit,this crop of Not Ready for Prime Time Players sadly lived up to that name.

One of the best parts of this episode was Betty's opening monologue,which showcased her still sharp wit rather nicely: 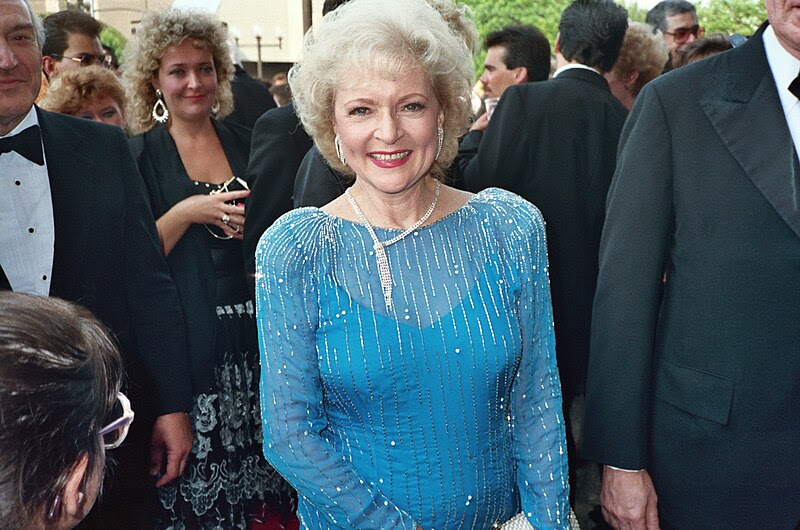 It's a real shame that more laughs couldn't have been inspired by Betty's participation, practically since she is a true comedy skit veteran. While Betty has done most of her best work on sitcoms like Mary Tyler Moore and Golden Girls,her knack for subtle verbal stingers and crafty comic timing with others made Betty a popular addition to any set of TV entertainers.

One show that she made frequent funny appearances on was The Carol Burnett Show and one of her best reoccurring characters was Ellen,the constantly perceived to be perfect sister of the beleaguered Eunice. When a spin-off show based on those skits, which was centered around Vicki Lawrence's bluntly spoken Mama,was created over a decade later,White revived the character for a few episodes,proving how sweetly supportive she could be of a new entertaining enterprise:

Betty also popped on Tonight Show skits during the Johnny Carson years,giving her all to some of the swings taken at current pop culture and being a sassy straight woman for Johnny's on the money one liners:

For while,the MTV Movie Awards did amusingly mocking mash-ups of hit films and TV shows,with a classic one being a version of the teen flick Clueless. It cast three out of the four Golden Girls including White playing the best friend of Estelle Getty's holding out for a Baldwin heroine:

Speaking of Golden Girls,it's hard to overlook the brilliant ensemble work displayed on that series by all of the leading ladies. Many a time,one of them would have the spotlight on her during those in between pauses in the plot,giving folks a good giggle or two. White's rambling story teller Rose did her fair share of that and was able to keep her reluctant listeners from escaping before the long awaited end,which didn't always clear things up:

Betty White's appearance on Saturday Night Live was a win-win in many ways,boosting some extra high ratings for the show and refreshing Betty's pop culture chic. Too bad that the end results didn't turn out to be as funny as they could have been,yet it's not a total loss here. Betty White is our resident go-to gal for classic comedy moments and nothing can take that away from her. The best thing about this whole affair is that we're taking the time to appreciate this talented lady while she's still around to hear the applause: