Yes,it's April Fool's Day and who better to celebrate it with than Jane Austen,who loved amusing diversions as well as making sport of her friends and neighbors along with being lovingly mocked in kind?

If there is only one thing that you can choose to rely upon amongst Austen fans,it's their sense of humor. While they may appear to be a rather prim and proper crowd,you will be pleased to discover some of the most entertaining folk with plenty of witty punchlines regarding their favorite Austen characters.

To start this little laughter party off right,here is a riff on those Old Spice ads starring the romantic male lead of Northanger Abbey,Henry Tilney.

In many circles,Mr. Tilney and his taste in muslin,along with his love of dance and interest in pulp fiction makes him much more of a heartthrob than a certain gentleman known as Darcy or that sea faring fellow Wentworth. To each lady her own hero,I say, yet Mr. Tilney does make a good case for himself here:

Speaking of unlikely love partners,there are always those who prefer the underdog to get the girl in the end,no matter how off-putting he might be.

It may be hard to imagine,especially for Pride and Prejudice devotees,but even the officious Mr. Collins holds an attraction for some. He's certainly not my steaming cup of tea yet he does have his charms for those Charlotte Lucas inclined ladies out there who he brings the sexy back for:

Pride and Prejudice is one of those time honored tales that leap over into other genres rather easily for satirical purposes. From zombies to time travelers,no realm is safe from the Bennet family influence.

The gang on the British sci-fi satire Red Dwarf took a trip to Jane Austen World on one episode,where the crew are invited to have tea with the Bennets while being pursued by a persistent left behind team member who insists on getting everyone over to his dinner party by any means necessary. His methods may be a tad extreme but then again,Mrs. Bennet is not the type to take a subtle hint: Since this is the 200th anniversary of Jane Austen's first published novel Sense and Sensibility,rounding out this post with a set of S&S themed parodies seems to be the most fittingly funny choice to make.

Let us begin with the book trailer for the Quirk Classic monster mash-up,Sense and Sensibility and Sea Monsters,that took everyone by storm back in 2009.

This revival of the terrors of the deep subgenre married to the romantic struggles of the Dashwood sisters offered up an entertaining range of parody possibilities,including what many would consider a suitable end for Mr. Willoughby: 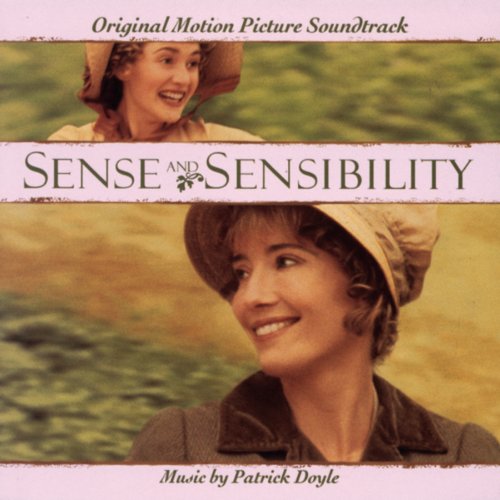 The 1996 adaptation of S&S is probably the film in question used by the guys from Mostly Water Theatre to demonstrate how to play the Jane Austen Drinking Game.

People tend to think that Austen's work is a girl's club only field but this rowdy romp proves that men can rejoice in Jane as well-don't forget to keep track of those womanly skills,fellas!:

Jane Austen's characters may not have celebrated April Fool's Day but plenty of them would have seized the opportunity to do so quite eagerly,particular at the expense of some of their younger guests. If you happen to find yourself in similar circumstances where acknowledging such jests would do more harm than good, it might be best to take Mrs. Dashwood's suggestion and restrict your remarks to the subject of the weather: