With the much heralded premiere of the HBO series Game of Thrones last night and it's many glowing reviews(as well as unfairly negative ones,which we'll get to a little later),the pop culture spotlight is strongly focused on the more meant-for-adults fantasy section of the bookstore.

As plenty of folks will be scrambling to check out the George R.R. Martin books upon which the show is based,I thought it might be a good idea to point out a few other fresh titles in that area that are also worth a look,starting with Sherrilyn Kenyon whose newest title in her League series,Born of Shadows,is destined to arrive at a bookseller near you on April 26.

In the world of this particular series,hired assassins have plenty of work from all political sides which means limited loyalties at best. However,two unlikely comrades in arms must team up in order to achieve their mutual goals. Caillen is a solo soldier of fortune whose unexpected moment of heroism thrusts him into a sharper set of crosshairs by enemies more powerful than he knew were after him.

Desideria's duties as a royal bodyguard to her country's queen gives her ample opportunity to prove herself more valuable than the odd genetic mix that created her. Yet,when a plot to overthrow the government she has devoted herself to arises,Desideria must take matters as well as alliances into her own hands. Can these two determinedly independent warriors work together and prevent a greater evil from destroying their world?

One of the best things about Kenyon's work is that while you can benefit from reading one of her series in sequential order,it's just as easy to simply pick a title up at random and be able to swiftly dive into the universe unfolding on the pages. I haven't read any of her League books before yet starting with Born of Shadows is a most appealing prospect,indeed:

Meanwhile,this June another volume in Jacqueline Carey's Kushiel's Legacy saga is ready to set up shop. Naamah's Blessing takes our heroine Moirin home to find the royal family emotionally as well as physically tore apart by grief and the loss of Queen Jehanne.

King Daniel asks Moirin to become the protector of the queen's daughter,Desiree,a child being pulled in too many political directions. As she gauges the dangers and opportunities placed before her young charge,Moirin has a few of those of her own to deal with and hopefully choose wisely from.

The depth of her characters as well as the world in which they must navigate in are the sharpest tools in Carey's creative work kit. The allure of her writing is akin to the sensation of sitting around the hearth and drinking in the words woven by a savvy storyteller,a rare treat at any time: 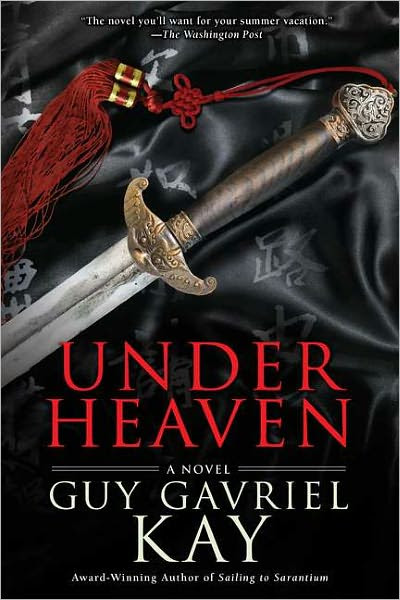 If you're in the mood for a twist on historical fiction,a good guy to check out is Guy Gavriel Kay. His novels often tend to reinvent well known points in time and his eleventh one,Under Heaven,uses China's Tang Dynasty as the template for a tale of retribution in the empire of Kitai.

Shen Tai,the son of a general who died bravely in battle,is called from seclusion to claim his inheritance in person from the grateful nobility. During his journey,Shen quickly becomes the target of hired killers and a pawn in a game that he does not yet fully understand.

With the assistance of a feminine yet fierce bodyguard named Wei Song,Shen strives to gain what is rightfully his as well as survive. The book is due out in paperback in May,just in time to be plucked for your upcoming summer reading pile and what better time to discover an author whose play upon fantasy and historical reality is as graceful as a smoothly timed sword duel: 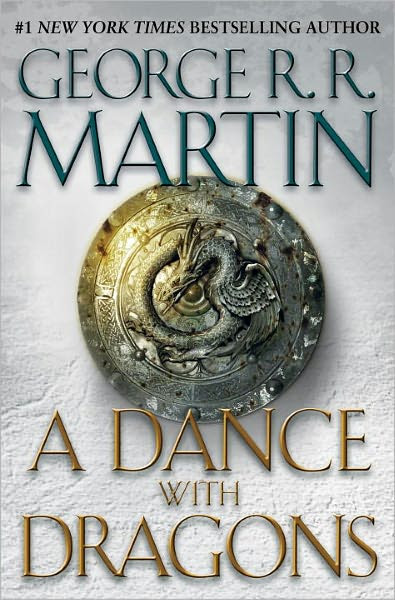 Many of the George R.R. Martin's devoted fans are setting their sights this summer on A Dance with Dragons,the very long awaited fifth addition to what has been promised as a seven book series.

The continuing saga of the Seven Kingdoms and those who fight on more than one battle ground to rule them has been so compelling than many fear a true ending won't be completed within their lifetime(or rather the author's,a bit of jinxing there if you ask me).

I know that patience is a hard row to hoe but that old saying about good things coming to those who do wait is around for a reason,people. As for those of us still discovering this story,it might be best to take this time to explore the full realm that is Westeros before getting too far ahead of the game here:

Before I take my leave,my final two cents must be spent on the badly done review for the Game of Thrones miniseries that appeared in the New York Times this past weekend. It's one thing to not like a genre strong show and another to openly disparage it as "Dungeons & Dragons aesthetic" as well as imply that sex scenes were added on to induce women into the viewing audience. I wish I was kidding but here's a quote straight from the pen of the reviewer herself:

"The true perversion, though, is the sense you get that all of this illicitness has been tossed in as a little something for the ladies, out of a justifiable fear, perhaps, that no woman alive would watch otherwise. While I do not doubt that there are women in the world who read books like Mr. Martin’s, I can honestly say that I have never met a single woman who has stood up in indignation at her book club and refused to read the latest from Lorrie Moore unless everyone agreed to “The Hobbit” first. “Game of Thrones” is boy fiction patronizingly turned out to reach the population’s other half."

There are other objections that I have with this article but the one that offends me the most is the elitist assumption that no "real" woman would ever read more than one kind of fiction that's acceptable to her peers. A true reader,man or woman,enjoys a good book for it's own sake and it's own merits. As far as sexual content goes,if you can't take the heat ,why did you step into the kitchen in the first place then?

It's a real shame when critics make themselves the dispensers of taste and insist upon their readers being lead to what they consider to be better waters. Well,I have news for you,friend-condescension and misrepresentation are not leadership skills and tend to turn off your intended audience faster than a speeding bullet. Have a care there,outside of your narrow comfort zone,if you want to make a point worth listening to: