My birth year in film 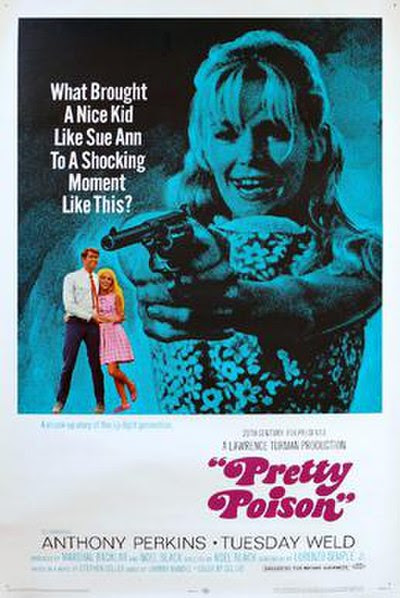 Next Monday is my birthday,so I will be taking a blogger's day off but wanted to leave you good folks with a little pop culture party mix there. My theme is "Movies from the year I was born" and that happens to be 1968,which has quite an interesting collection of flicks.

Some of the films from that year include award winners such as the musical Oliver!,Charly and Rosemary's Baby,along with future cult classics like Planet of the Apes and 2001:A Space Odyssey. Plenty of well known greats,yet I thought it would be more entertaining to check out a few of the offbeat cinematic features that in one way or another did influence me.

First up on the hit parade is Pretty Poison,starring Anthony Perkins as a released mental patient who poses as a secret agent in order to romance a still in high school girl(Tuesday Weld). Turns out that the object of his affection is not a sweet young miss but a cold blooded sociopath willing to go to any lengths to get what she wants,including murder.

I remember reading about this movie in one of Danny Peary's cult movie books when I was a kid and managed to catch it on TV at least once. It's quite the twisted tale,especially with Perkins being the true lesser of two evils,and still has some resonance in today's society with the balancing act of bad influence going on between our awkward leading man and his deadly damsel in distress:

Next,we have Barbarella,the notoriously sexy strange sci-fi flick with Jane Fonda at the rather raunchy helm. My parents actually took me to see this in theaters during it's re-release in the late 1970s(believe it or not,it was rated PG by then)and one of my favorite scenes was when Barbarella was attacked by a pack of dolls with razor teeth-why,I can't say.

I also liked Pygar, the blind winged fellow who wound up accompanying Barbarella on her weird quest. This movie has been a notable influence for many over the years-the 80s band Duran Duran took their name from it-and while I have no burning desire to see it again,some of that over the top imagery haunts me still:

I later became a horror fan in my teens,so it's no wonder that one of the biggest ground breaking films in that genre arrived in my birth year. Night of the Living Dead started off the new wave of zombie film that not only increased the level of onscreen gore but added in some sharp social commentary with bite.

While I do appreciate the Romero legacy,which extends right into this century as the surprise success of AMC's The Walking Dead shows,my horror heart ultimately belongs to vampires instead of zombies. Sorry,folks,but my cup of terror tea prefers blood drinking over brain eating: 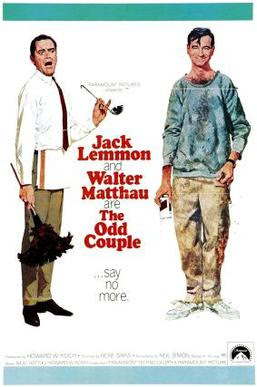 On a less gruesome note,there were some great comedies out that year as well. While most of my generation remembers the sitcom spin-off better than the original film The Odd Couple with Walter Matthau and Jack Lemmon,I wound up enjoying both as time went on.

Another one of my reading kicks back in the day was plays,with the collected works of Neil Simon being a frequent borrow from my local library. This was the peak period of Simon's writing,when he blended clever wordplay and theatrical tropes with realistic themes and settings.

This play in particular has been redone numerous times,with casting changes that reverse gender and race and yet this silly story of two mismatched souls consoling each other holds up rather well,all things considered: 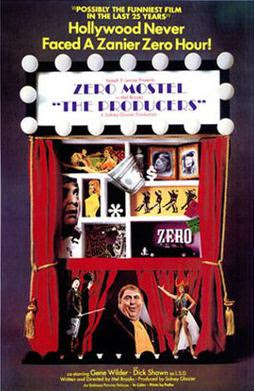 Speaking of comedy legends,The Producers was the Mel Brooks movie that my father was most anxious to have me watch as part of my cinema education. It was one of his favorites and it quickly became mine as well.

I did try to check out the new musical version with Matthew Broderick and Nathan Lane on film but it just doesn't hold a candle or even a special blanky to the hilarious insanity that brewed between Zero Mostel and Gene Wilder here.

I can see why making it into a musical would have traction,given the whole Broadway bound vibe of the production,yet as the saying goes ,if it's not broke,why bother fixing it or fixing it up for a new audience?:

All in all,this is a quirky little film festival of my life or anyone's life for that matter. Since this is a holiday weekend for most of you out there,have a great time as I'm sure that I will on Monday. I may not be spending my birthday with the likes of Cher,for example, but it should be fun,nonetheless: