Put some spring into your step with these May/June reads 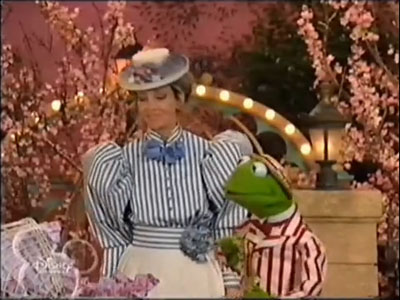 As the end of April draws near,it's time to see if those famous showers bring about some flowering reads for May as well as a few blooming books in June.

With the many holiday and seasonal celebrations coming up just around the corner,there might be a handful of helpful hints towards gift giving here but don't despair of finding a suitable read for yourself,too:

Jennifer Haigh touches upon a touchy subject in her new novel Faith,as her leading lady Sheila McGann goes to the aid of her brother Art,a respected parish priest accused of inappropriate attentions to some of younger members of his flock.

Upon arriving back in Boston,Sheila doesn't know what to think as her mother refuses to even consider such a thing,her younger brother Mike is flat out convinced of Art's guilt and Art himself is skillfully avoiding any outright discussion of the situation.

Haigh is at her best when dealing with family strife both within and without,along with examining the consequences of secret keeping over time. Faith promises to be an intricate examination of the heart when faced with the possibility of such an ugly truth and reconciling with the real outcome of it(May 10):

In Francine Prose's My New American Life, Albanian visitor Lulu hopes to make a fresh start in New York City,as long as her expired tourist visa goes unnoticed. Her new job as caretaker to influential Wall Street executive Mr. Stanley's son offers up plenty of opportunity for Lulu to remain in America to realize her dreams of a better life.

Unfortunately,an unexpected blast from her past in the form of tough guys from her homeland show up on Lulu's doorstep,demanding that she honor her "family" connections. As it was once said in Godfather III,just when she thought she was out,Lulu is pulled back in to the same sort of mess she's struggling to get away from.

Set during the early years of our new century,Francine Prose uses her dark wit to shine a spotlight upon the folly of expecting a change of scene to be the ultimate solution to all of your woes(late April,early May):

Author Kamala Nair makes a dazzling debut with The Girl in the Garden,a novel that explores the hidden truths of more than one generation. As Rakhee Singh's marriage day draws close,she recalls a childhood summer where her mother took her to the ancestral estate of her maternal family,in an Indian village far from the Minnesota home where they have been living with her father,now left behind.

Over the course of the summer,Rahkee stumbles upon a few secrets,one of which involves her mother's reason for fleeing the beloved dwelling of her youth. The main portion of the answers to the many questions that Rahkee has lie in the forbidden garden out back,said to be a haunted place and for more than one good reason.

This book seems to hold the allure of a steady story with a powerful flair for creating an atmosphere of mysterious enchantment and hopefully will be a sweet stepping stone for a new writer to plant a full literary garden of delights(June):

A new chapter in Jacqueline Carey's Kushiel's Legacy series opens with Naamah's Blessing that takes our heroine Moirin back to the kingdom of Terre Ange,where all is in dismay. Too burdened with grief over the loss of his beloved Queen,King Daniel asks her to look after Desiree,the three year old heiress to the throne.

Moirin takes on the responsibilities of her new position as best she can,playing the political games necessary while handling fresh challenges in her path.

As mistakes from her own youth start to catch up with her,Moirin must chose between duty to the living and honoring the requests of the dead. The intricate world building that Carey does for these engaging books is truly a wonder to behold(June).

INFLUENCE OF THE MASTERS

With all of the educational themed books coming out in time for graduation,there's a nifty trio of literary salutes heading your way that should fit nearly every occasion. First up is The Reading Promise by Alice Ozma,which relates the "Streak" that she and her dad went on as he read to her for a hundred nights when Alice was in the fourth grade.

The success of that endeavor encouraged them to expand this literary experiment,continuing to read aloud to her every night until she went to college. Ozma recounts the relationship with her father in a loving way that allows for lessons in life and literature to blossom naturally(May):

Next,we have William Deresiewcz tell us how A Jane Austen Education opened his eyes and mind to the impact of those six seemingly simple books of hers to the wider world.

As a graduate student at Columbia who was in awe of writers such as James Joyce and Joseph Conrad,he was assigned Emma to read and found her viewpoint to be most refreshing as well as thought provoking.

In exploring the rest of Austen's work,William saw parallels to his own life and dealings with others,which drew him to taking a better view of things altogether. A sweetly savvy stroll through an education of spirit and mind(late April,early May):

Last but far from least is Stephen Marche's How Shakespeare Changed Everything. While the Bard's writings are the well known basis for many a book,film or TV show plot,his influence can also be seen in the most unlikely of cultural spots such as the name Jessica(first used in The Merchant of Venice)to Freud's theories about sex.

From the creation of teenagers to various political fronts,Marche makes the case for the power of Shakespeare's imagination in fashioning our ever growing world. While that's a subject ripe for debate,this tidy tome does provide plenty of food for thought beyond the usual high school examination most folks give to Shakespeare and his plays(May):

Whatever Happened to Pudding Pops? brings the musings of bloggers Gael Fashingbaur Cooper and Brian Bellmont of Gen X-tinct to the page,sharing their love of nifty nostalgia items from the 1970s and 80s.

The days when you could buy a Marathon bar,a can of Pepsi Light and a package of Choco-Diles may be long gone yet those memories linger on.

Other memorable delights include board games such as Mystery Date,toys and lunchboxes based on TV shows like Welcome Back,Kotter and the Six Million Dollar Man and shampoos with names like Gee,Your Hair Smells Terrific and Love's Baby Soft. In this fast paced world of ours,it's nice to take a leisurely look back(June):

With warm weather on the way,making time to read can be hard put yet it's vital to exercise your mind along with your body. Don't make it a chore,however;it's not like you have to write a book report,folks-just have fun!: