Feast upon a banquet of books this November and December With Halloween only a day or two away,the time to talk about upcoming books for November and December is rather ripe indeed. Since the pickings for December are pretty slim this season,I will be offering up a few suggestions for holiday gift giving that are already available at a bookseller near you.

If like me,you happen to be within the reach of Hurricane Sandy,I would suggest that you wait until the skies are clear before taking a look at these tempting titles up close and in person. One good thing about bad weather,it provides the perfect excuse for catching up on your reading:

Barbara Kingsolver's newest novel,Flight Behavior,focuses on one of her favorite themes,the impact of nature upon humanity. When Dellarobia,a restless Appalachian farm wife,stumbles across a field covered in a swarm of monarch butterflies,she is more than ready to take that unexpected vision as a miracle.

However,others are more inclined to see this unusual gathering as a sign of ecological disaster. With the scientific community clashing with local religious leaders and the media about what Dellarobia found,she has to decide for herself what it all means. Kingsolver's work tends to offer up some food for thought in her work and here,she's truly made quite a meal for the mind and heart(November): 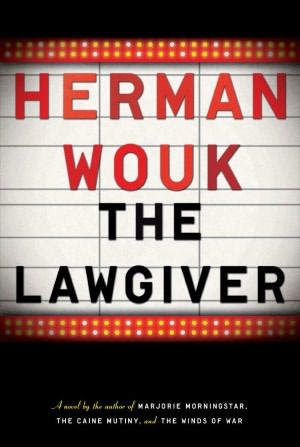 Herman Wouk returns to the modern day literary world with The Lawgiver,a novel told via e-mail,video chat and text about the plans to make a new film version of the Moses story.

At the center of this movie making whirlpool is Margo Solovei,a young director roped into working with Wouk(yes,he's a character in his own story here)into creating a Moses movie that outdoes the classic Cecil B. Demille edition. During these creative plans,Margo reconnects with a former love and with her faith,both of which have gone by the wayside for personal and professional reasons.

Since Wouk is one of the masters of the epic novel,it's fitting that he would write about epic film making,taking an electronic yet emotional journey along the way(November):

Memoir of the Sunday Brunch is writer Julia Pandl's fond recollections of how her family initiated her into the restaurant business.

As did her eight older siblings did before her,Julia started partaking in her father's restaurant busy brunch trade at the age of twelve and while she ultimately didn't enter the family business,the life lessons her father gave her,intentionally and unintentionally,gave her a good outlook on the world.

With a touch of humor and some tasty tidbits about restaurant life,Julia Pandl shares her love of food and family,plus a pretty mean pancake recipe or two(November):

A less harmonious family portrait is presented in William Knoedelseder's Bitter Brew,about the dynasty that launched Michelob and Budweiser beer over a hundred and fifty years ago in St. Louis,Missouri.

This tale of a family fortune spreads across five generations of the Busch clan with their contentious antics towards the business and each other,including their advertising war with Miller Lite during the 1970s. Becoming the "king of beers" turns out to be costly in more ways than one and quite a heavy crown to wear in the kingdom of commerce(November):

HINTS FOR THE HOLIDAYS One of these holiday suggestions,I'm happy to say,is one that I am currently enjoying right now,thanks to a giveaway from Austenprose(Thanks again,Laurel Ann!).

Harvard University's annotated edition of Jane Austen's Emma is edited by Bharat Tandon,whose take on the lively yet not always lovable heroine highlights Austen's innovative narrative style and the underlying secrets and lies between the characters.

With numerous illustrations and photographs of prominent influences and items in the novel,plus enlightening notes,this lush presentation of Emma would even please the rather particular young lady of the title(there are also similar editions of Pride and Prejudice and Persuasion available). It's good to gain new perspectives on even such an old acquaintance,as Miss Woodhouse and Mr. Knightley would both agree: 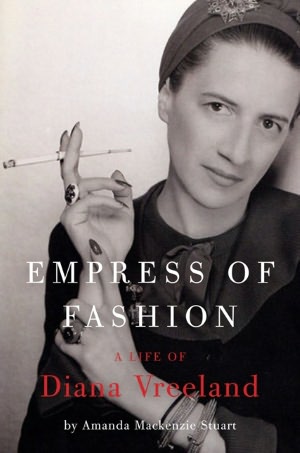 Fashionistas should be delighted with this new biography of Diana Vreeland,entitled The Empress of Fashion by Amanda Mackenzie Stuart,as it comes on the heels of the new documentary about her,The Eye Has To Travel.

It chronicles her rise to power as the influential editor of Harper's Bazaar and later Vogue,who even when she was dismissed from the latter magazine still managed to make her considerable mark upon the fashion scene. Diana Vreeland's iconic status was hard earned and worthy of being a standard of style for others to follow in(December): 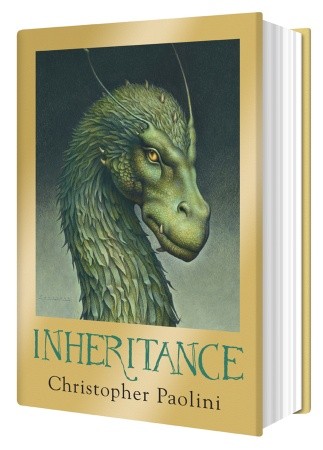 Fans of Christopher Paolini's boy and his dragon saga will rejoice upon seeing a deluxe edition of Inheritance,the final book in the series. Amongst the goodies added to this book are a full color fold out poster designed by artist John Jude Palencar,previous unseen art by the author and a new scene within the story itself.

A boxed set of the paperback and hardcover editions of the whole set of Inheritance titles will also be available but it's best to check if your intended recipient has any of them in their personal library. Even so,he or she may not mind having an extra special copy of one of their favorite books. 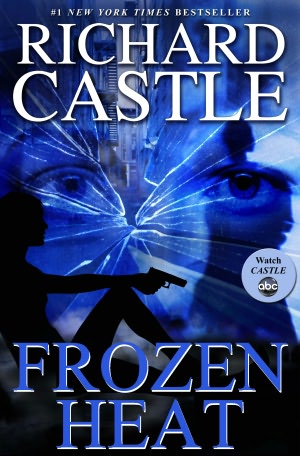 Those who enjoy a good mystery book as well as a great mystery TV show will find the best of both worlds with the Richard Castle novels tied into the hit series Castle starring Nathan Fillion and Stana Kavic as the combative yet compatible partners in crime solving and literature.

The Nikki Heat novels,which feature fiction within fictional versions of the leading players on the show,have become bestsellers and the newest book,Frozen Heat,sounds like the perfect stocking stuffer for a Castle fan.

I'm starting to get into the show but have to begin at the beginning with Heat Wave,the first of the Nikki Heat titles. That's fine with me,since I suspect that I will appreciate this more than the intended mystery muse of Castle's did at first:

So,stay tuned for my Best Books of the Year post coming soon and best of luck with your holiday shopping. Gift giving can be stressful yet seeing that true look of joy upon someone's face when they receive the truly perfect present is worth all of the fuss and a special gift in and of itself: