A lot of new TV shows have or are about to dominate the air waves but for the next few weeks,the big event will be the Presidential debates(and yes,even the VP one as well),starting this Wednesday night.

While I refuse to get into politics here,that doesn't mean that I don't have an opinion regarding the entertainment value of a debate. Most people consider these things to be a snore fest and rightly so. Granted,the initial purpose of a public debate is to express your ideas in an intellectual manner in order to win your point.

It is important,however to keep in mind that this is an age of not only sound bites but viral videos as well. Clint Eastwood may have seemed strange doing that chair bit and yet it did get him more attention than anyone else at that convention,due to it being replayed all over the internet universe.

So,here are a few helpful hints for any and all debaters presenting their case to the people(such as Bill O'Reilly and Jon Stewart will be doing in their "Rumble in the Air Conditioned Auditorium"
showdown online soon)on how to make your argument time more amusing and video sharing worthy:

STAY FOCUSED: While it is good to illustrate your point with a true to life story that your audience can relate to,you must not get too involved in that narrative or the whole significance of your statement can get lost in the shuffle.

Also,your opponent can use your spiraling story line as an excuse not to continue the discussion,making you appear clueless to everyone: 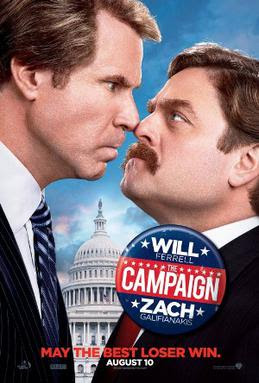 DO YOUR RESEARCH: It's only logical for any opposing candidate to call into question your knowledge on certain subjects,especially if you make the mistake of claiming to be an expert without having any real knowledge of the material required.

Having someone on the sidelines to coach you through an unexpected demand to put your money where your mouth is not a bad plan but it can back fire on you easily. Folks aren't going to be happy with you over your lack of knowing the basics but if you can't even pick up on the kind of hints that a children's edition of Charades would have,your campaign could be over incredibly fast:

DON'T BE AFRAID TO ARGUE: Politeness is all well and good,but holding back your emotions can be a determent to making your case. Such restraint is a positive quality in any potential leader yet too much of it can make the tension in the room even harder to endure and cause you to get very immature at the wrong point in the discussion:

DON'T GET TOO TECHNICAL: Facts are important to your position on any topic but the casual listener can become disconnected from the whole issue by being overwhelmed with technical terms that make no sense to them.

You don't have to dumb down your words or oversimplify your major points to get mass appeal. A mix of knowledgeable phrases and basic concepts can carry your audience over the tricky spots in such instant shutdown subjects involving math, science or the origin of Superman's ability to absorb solar energy(geeks are people,too,after all!):

Hopefully,some of these suggestions will make any debate go smoothly and keep the attention span of the audience alert to the end. Of course,anytime can be a good time for a healthy debate and even if you're not on TV or online,it's useful to practice those skills when the situation calls for them.

No matter how convincing you are or in the right you believe you are,another helpful reminder is to know when to give in during a debate,especially if the other guy paid for your breakfast: