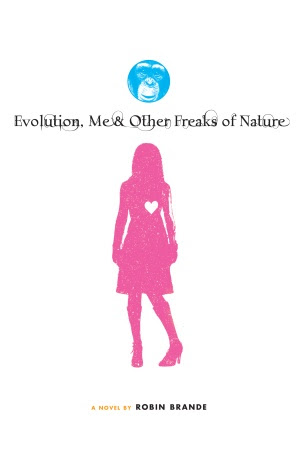 This morning,I went to a preview of summer titles for kids at Random House. The higlight of this soiree was getting to meet Robin Brande,whose first YA novel,Evolution,Me and Other Freaks of Nature,will be out this August. She was the one who got me an invite to this shindig and my thanks to her. It was quite an experience,especially since it was the first time I've ever been in a major publishing house(or any publishing house,for that matter!). 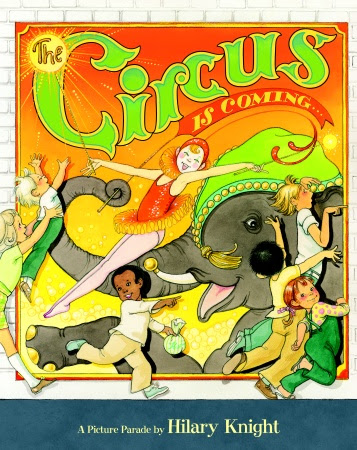 So,what was it like,you may ask? It was interesting and actually fun. Basically,the editors from each imprint presented the new and revived books(such as a Hilary Knight title long out of print called The Circus is Coming)and even tho they had prepared speeches,you could see the gleam in their eyes and hear the pride in their voices as they talked about the books. It's not every day that you can see someone who truly loves what they do in action,let alone a whole roomful of them. 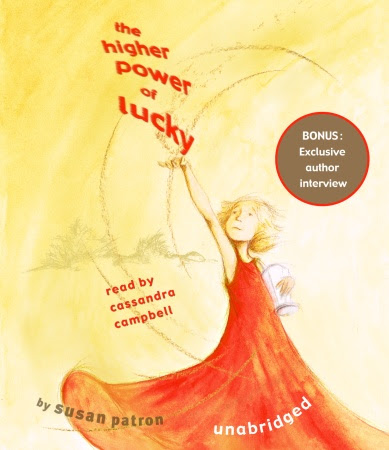 We also had plenty of laughs,thanks to the current scrotum controversy. If you haven't heard this one,hold on to your hats,folks. The newest Newberry award-winning book,The Higher Power of Lucky,has some librarians refusing to stock it,fearing the wrath of irate parents. Seems that in the first chapter,the main character(a ten year old girl)overhears a neighbor tell someone that his dog was bitten in the scrotum. The girl then wonders what "scrotum" means. That's it.

One librarian was actually qouted as saying this book must of had a "Howard Stern" influence. Unless there was a mention of Butt Bongo,I don't think so. Maybe it's me but since when is proper terminology a bad thing for kids to know about? Not to mention that most of us have had that same experience when we were young. Plus,no one reported any complaints from parents and The Higher Power of Lucky has been out since November! First they pick on the gay penguins and now,it's open season on dog scrotums. Does PETA know about this?


The Higher Power of Lucky is not an RH title but they are carrying the audio edition,which was a welcome surprise in our gift bags at the end of the presentation. Robin was the closing act and she was great;she told a really amazing story from her life that lead to the writing of the book(I'm sure she has it on her blog,so go there to find out. I can't do that tale justice). We got to meet for a few minutes after her talk and she signed my reader's copy. Really nice to meet an internet friend without worrying about Chris Hanson from Dateline NBC showing up. I'm kidding,I swear! It was cool to meet her and if she comes to your town on her book tour,make it a point to see her and get your hands on her book. I started reading it on the way home and it's a real page turner. 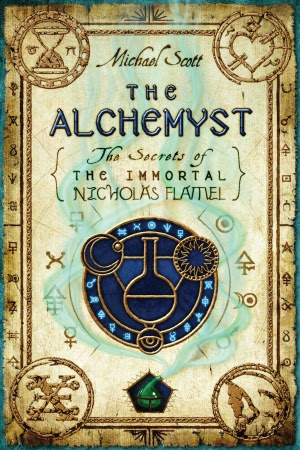 If you click the title link above,you'll see the official Biblegrrl website for Evolution,Me and Other Freaks of Nature. I did grab up a few other cool books,like this one written by Michael Scott(I know it's not by Steve Carell from The Office but I can't help picturing him trying to pass this off as his in a book store)called The Alchemyst:The Secrets of the Immortal Nicholas Flamel. This is book one of a series of six that already has been pre-sold in about thirty countries to date. Could this be the next Harry Potter? We shall see.

This was a great experience and my only regret is that I didn't get to compliment one of the Golden Books editors on his tie. He had the game board from Operation on it. I didn't know they made those. Too cool for school,seriously.
Posted by lady t at 4:49 PM

Thanks for all the kind words, Lady T. It was lovely to meet you, too!

You're welcome,Robin,and it was cool to meet you in person:)