A spoonful of pop culture sugar makes the documentary go down 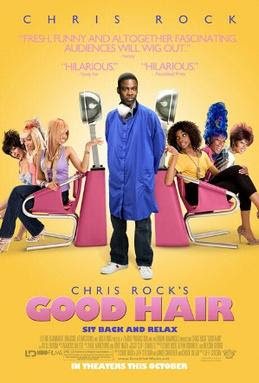 Checking my Netflix queue today,I found to my delight that my next film on the list is Good Hair,the Chris Rock documentary about African American hair and how the idealized concept of "good hair" relates to social and self esteem issues within that community.

My sister studied cosmetology in high school and practiced it professionally for a brief time(I can still get a free haircut out of her these days),so that industry holds some interest for me. Plus,with shows like Sheer Genius and Tabatha's Salon Takeover,hair styling has been given more pop culture prominence lately which is catnip to a media watcher like me. Chris Rock's down to earth approach to the subject is one that I'm looking forward to seeing: 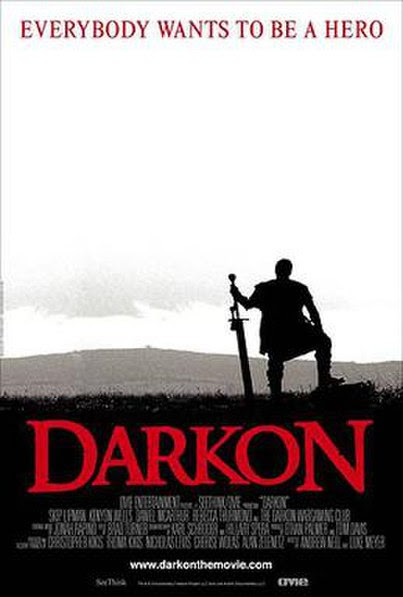 In reflection,most of the documentaries that I've enjoyed or have any interest in usually come with a connection to pop culture and/or the arts. Perhaps that's a bit shallow,but hey,I like what I like. Here are a few of them that readily come to mind and while many of these films are probably all too familiar to you,maybe I can introduce you to one that's not ,which will rock your socks off.

I meant to see Darkon when it premiered on IFC,but it slipped my mind at the time. Fortunately,a good friend of mine passed a copy onto me and I took time out to watch it in full. The film follows a group of live action role players(LARP,for short)out in Baltimore who battle each other in a set of medieval style war games based on a mythical kingdom that they're created and maintained over time.

People like this usually get mocked for their passion that at times may be misplaced,but their devotion to developing a sense of authenticity and working to live up to the code of honor that this fantasy world strives for has it's merits as well. For some,Darkon is a great way to battle their inner demons while a few choose to use as a hideout from their personal obstacles in life. There's more that meets the eye,even in an out and out fantasy realm:

Another group of folks used to being the butt of many jokes are Star Trek fans,who were showcased in the 1999 film Trekkies, hosted by Star Trek:The Next Generation alumna Denise Crosby.

While some of the people featured here are on the verge of fandom overkill(the Spiner femme,for one),most of them are just marchers to their own sci-fi drum who build up lasting friendships and even form happy families via their mutual love for the original show and the follow-up set of TV series that it spawned. Trekkies was so popular that it even got it's own sequel,which proves the power of fan based love is not to be taken lightly: 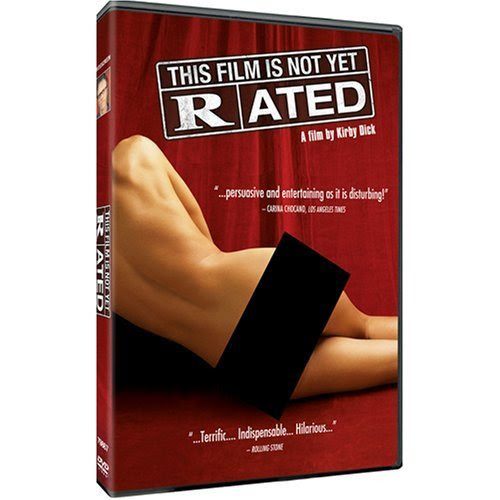 A real expose on Hollywood hypocrisy,This Film is Not Yet Rated takes a cold hard look at the MPAA(the fine folks who decide the ratings for films)and why it's so determined to be secretive about it's members. Director Kirby Dick goes over the history of film ratings in America and the struggles that filmmakers have in figuring out the vague hints about what will and won't pass muster in order to receive a rating that allows their work to get a decent distribution deal.

Interestingly enough,most of the objections come from sex scenes(especially those of gay couples or "unconventional" practices)rather than violence. In other words,you would have a better shot at getting an R or even a PG-13 rating by blowing up a school bus full of nuns and orphans than showing some intimate love making in the back of a car,even if it's truly integral to the plot:

While I still have not seen The King of Kong,the movie retains a spot on my Netflix list that will someday bring that flick to my home for viewing. The subtitle of the film is "A Fistful of Quarters",which is what video game players had to use back in the day to master such challenges as the highest level of Pac Man,Space Invaders or Donkey Kong.

The focus here is on two men,one of whom clutches to his world record high score on Donkey Kong like Linus does to his trusty blanket(only not as nice)and another who rises up to challenge him and take that glory for himself. I never could get the hang of video games myself but understand some of that urgent need to win even at something that's just intended to be fun and nothing more than that:

While it's good to expand your horizons by more serious minded fare that most documentaries have to offer,it's also a bonus to see the lighter side of life that way,too. A documentary can be a great teacher but sometimes the best lesson is seeing some of yourself reflected in others via film. Knowledge sinks in deeper when you have a personal investment in it: